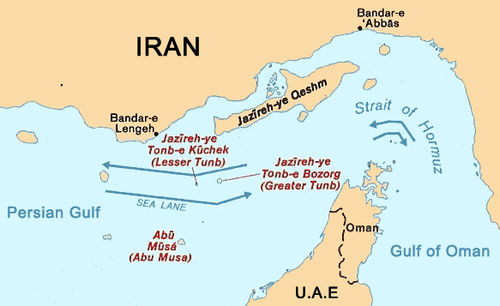 The conflict between Iran and the United States is in its early stages, yet we are already witnessing war propaganda, and the presentation of outright lies as facts. Before we start on the various fictions, let me summarise the events that have led to the current escalation.

Most of these events are direct consequences of Donald Trump’s decision last May to withdraw from the Iran nuclear agreement – because he did not want such a major reminder of Obama’s legacy, not because he had an alternative deal in mind. After months of verbal accusations and counter-accusations, on June 13 two US oil tankers were attacked near the Strait of Hormuz. Trump told the world that Iran was to blame. While this is possible, many broadcasters and news agencies, including those hostile to Iran, pointed the finger at Iran’s regional enemies – countries keen to escalate tensions between the Islamic Republic and the west.

Then on June 20 a US drone was brought down by the Iranian military over the Persian Gulf. Trump told us the next day that he decided against air strikes against Iran, just 10 minutes before the warplanes had reached their destination, because he had just been told that 150 Iranians would be killed. An unlikely story. Most people believe Trump was advised against military action – or else he was informed, as I have previously stated, that the drone’s coordinates proved it was above Iranian waters.

On July 4, 30 UK Royal Marines helped to seize an Iranian tanker off the coast of Gibraltar. The British government said at the time that the ship, Grace 1, was impounded because of its suspected destination – a port in Syria. After all, according to officials, “European Union sanctions against the regime of Bashar al-Assad were there to be enforced and international law upheld”. As far as I know, Iran is not a member of EU and had no obligation to abide by EU decisions regarding sale or (as some have alleged) donation of fuel to Syria.

As Carl Bildt, co-chair of the European council on foreign relations, commented,

The legality of the UK seizure of a tanker heading for Syria with oil from Iran intrigues me … the EU as a principle doesn’t impose its sanctions on others. That’s what the US does.

Furthermore, this was not the first time Iran had shipped oil to Syria and nothing had been done previously, so why now?

Contrary to UK and US claims, Grace 1 was not concealing its route or destination. It is a large tanker, which, according to the World Oil website, is why it had to go round Africa rather than the shorter route via the Suez Canal.

According to Spanish government officials speaking to journalists, Madrid was asked by the Trump administration to stop the ship. When it refused, the British then acted under instructions from US national security advisor John Bolton. Spanish foreign minister Josep Borrell has said categorically that Britain moved against the tanker “following a request from the United States to the United Kingdom”.

The website American Conservative is clear that “the UK had no legal right to enforce those sanctions against that ship, and that it was a blatant violation of the clearly defined global rules that govern the passage of merchant ships through international straits.” It added:

The evidence also reveals that Bolton was actively involved in targeting the Grace 1 from the time it began its journey in May as part of the broader Trump administration campaign of “maximum pressure” on Iran … The evidence indicates, moreover, that the UK’s actions were part of a broader scheme coordinated with the Trump administration to tighten pressure on Iran’s economy by reducing Iran’s ability to export goods.

Contrary to the official rationale, the detention of the Iranian tanker was not consistent with the 2012 EU regulation on sanctions against the Assad government in Syria. The EU council regulation in question specifies in article 35 that the sanctions were to apply only within the territory of EU member-states, to a national or business entity or on board an aircraft or vessel “under the jurisdiction of a member-state”.

Iran’s supreme leader, ayatollah Ali Khamenei, called the incident “piracy”, adding that Iran would retaliate. But foreign minister Jeremy Hunt was hoping to gain votes in the Conservative Party leadership election by presenting himself as an ally of the Trump administration. Some British papers say he was fooled by the US, but the reality is that he was using the affair to further his own personal agenda.

By July 10, patience was running out in Tehran. The Revolutionary Guards approached a number of ships, including British Heritage, and we know that the Royal Navy frigate, HMS Montrose, was deployed to drive away three small Iranian vessels trying to stop it. By July 13, however, it was clear that the UK foreign office was concerned about the implications of its actions, as Hunt offered to release the Iranian tanker in exchange for guarantees that it “will not breach sanctions on Syria”!

On July 18 Trump claimed the US had shot down an Iranian drone. Iran denied this, and so far we have not seen credible proof either way. However, neither the US military nor the state department has repeated this claim. In the region there are rumours that the drone actually belonged to the United Arab Emirates.

Then on July 19 the British-flagged tanker, Stena Impero, was seized by Iran’s Revolutionary Guards in the Persian Gulf. Iran claimed it had acted according to international maritime law. Tehran newspapers quoted unnamed military sources saying the tanker had been “crossing a route other than the shipping lane in the Strait of Hormuz, had switched off its transponders and did not pay any attention to Iran’s warnings when it was seized by the [Revolutionary Guards] forces”.

The story had become more sinister after the Panama-registered oil tanker, MT Riah, was spotted in Iranian territorial waters, following its disappearance from ship tracking maps in the Strait of Hormuz on July 14. Panama’s maritime authorities withdrew the tanker’s registration after an investigation determined the tanker had “deliberately violated international regulations” by not reporting any unusual situation.

As for the Stena Impero, MI6 ‘sources’ told UK journalists: “A British oil tanker was steered towards Iranian waters by false GPS coordinates sent by Russian spy technology, it is now feared.” Others claimed Iranian drones may have tampered with GPS signals. By July 22 the UK was calling on its European allies to lead a new maritime alliance to protect commercial ships sailing through the Strait of Hormuz. Hunt called the detention of the tanker “an act of state piracy”, adding that any European-led initiative would complement US plans to exert “maximum pressure” on Iran.

Clearly both accidents and outright lies can provoke military conflict and at present we are witnessing yet another chapter in the saga of deteriorating Iran-US relations.

Inside Iran itself, things are not looking good. The rate of inflation is now at 40% and there is a severe shortage of essential medical supplies, due to US sanctions. Ordinary people are suffering because of job losses and the high cost of living. Under such circumstances the threat of military conflict is making everyone nervous. While the various factions of Iranian regime are hardly popular, as they continue exposing nepotism and corruption in their rivals, as far as I can tell from the reports of foreign correspondents, social media and individual contacts, most Iranians are now blaming the US for their suffering rather than their own government.

In reality Trump has succeeded in uniting opponents of the government and its supporters. It seems that Bolton and US attorney Rudy Giuliani had convinced Trump that further sanctions would lead to riots and rebellion, and this would pave the way for regime change from above. However, all the signs are that the threat of war has actually consolidated the Islamic Republic regime.

Well, Jeremy Hunt is no longer foreign secretary, given the new government put together by Boris Johnson. The new prime minister claims to be optimistic over Brexit, but, we are unlikely to see miracles in relation to the European Union. As he encounters problems with EU negotiations, he is likely to lose popularity and there is every reason to fear he would side with his ally and friend, Donald Trump, in escalating the conflict with Iran. What better tactic will there be to divert attention from his own failure?