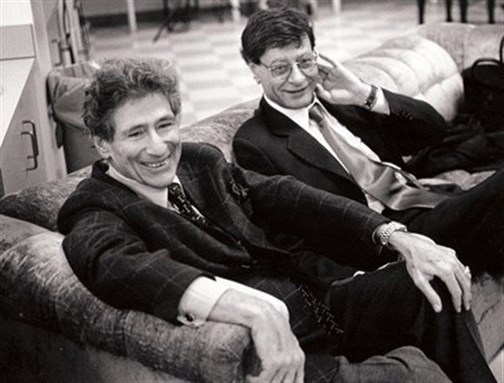 I CANNOT quite say goodbye to Edward Said, because he remains so present among us and alive in the world. He was our conscience and our ambassador to the world, who never tired of resisting the new world order and defending equity, humanity and the sharing of civilisations and cultures. But he has finally tired of the long and absurd fight with death. For 12 years he was heroic in his battle with illness, heroic in his constant creative renewal, through writing, music, chronicling the humanist spirit, continuing the vital quest for meaning and essence and the intellectual appeal for rigour.

Listen to Darwish reciting his poem to Edward Said

Edward Said: A Contrapuntal Reading In a poem published in Arabic last month,

Visit ADAB for a written English translation by Mona Anis