Proving paternity: A prolonged struggle for thousands of Egyptian mothers 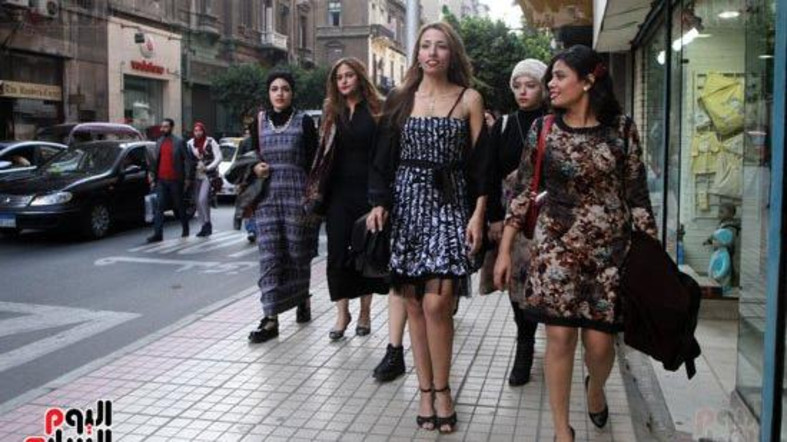 For mothers who choose to file paternity lawsuits, proceedings can take years.

“I wrote this post just to say that I will not give up on my son’s rights until the last minute of my life, and I don’t fear your threats and accusations. I’m proud of myself, I’m strong, and I will continue until I get my son’s rights,” Hadeer Mekway wrote in one of a number of Facebook posts that set social media ablaze at the start of this year.When Egyptian journalist Mekawy proclaimed that her baby was the outcome of an undocumented marriage, her story sparked widespread contention between those who supported her bravery in a male-dominated society, and others who condemned her as sinful.Given that the father of Mekawy’s child refuses to recognize him, Mekawy must indeed fight for his rights. In Egypt, the law, based on Islamic Sharia, stipulates that children must be named after their fathers and only through a proven marriage relationship.With both families opposed to Mekawy and her partner’s relationship, the couple were unable to marry as Egyptian law mandates that women can get married only with the consent of their male guardians. So the couple entered into an urfi or customary marriage. Mekway’s ordeal started when her husband left her after finding out she was pregnant, refusing to acknowledge the baby. In her post, Mekawy announced that she will be embarking on legal proceedings.Most paternity cases, like that of Mekawy, involve customary marriages, which have become increasingly common. As they are not documented in a court, the father has more room for manoeuvre if the couple conceives.Customary marriage is a form of marriage that is not officialy registered by the state, whereby a couple sign a document to prove the marriage, in the presence of two witnesses who sign as well. The procedure is usually carried out by couples who do not wish to publicly announce their marriage, in cases where families disapprove of the marriage, for example. Despite being Sharia-compliant, the practice is generally frowned upon in Egyptian society and can lead to legal issues for women afterward.These laws have left thousands of Egyptian women with no proof of marriage contracts struggling for years to prove the paternity of their children. There are no official statistics regarding how many paternity lawsuits are filed before the courts, but head of the Cairo Center for Development and Human Rights (CCD) Intisar al-Saeed estimates it to be around 14,000 cases.Until a few years ago, no mother was allowed to register her baby at all, as only the father, or the men in his family, were able to do so. Amendments to the Child Law in 2008 made it possible for women to register their infants, but only upon presenting “an official document proving the marriage relationship and consent signed by her that the child is born out of this relationship.”Not only do unregistered children face lifelong stigma, as do their mothers, but they do not have access to services that require a birth certificate, such as enrolling at schools or health services such as vaccinations.As such, many women in Mekawy’s predicament opt for abortion, which is illegal, or give their children up.

This article was first published on Mada on March 15, 2017