As my recent trip to Syria proved, wars can be at their most dangerous when they’re coming to an end 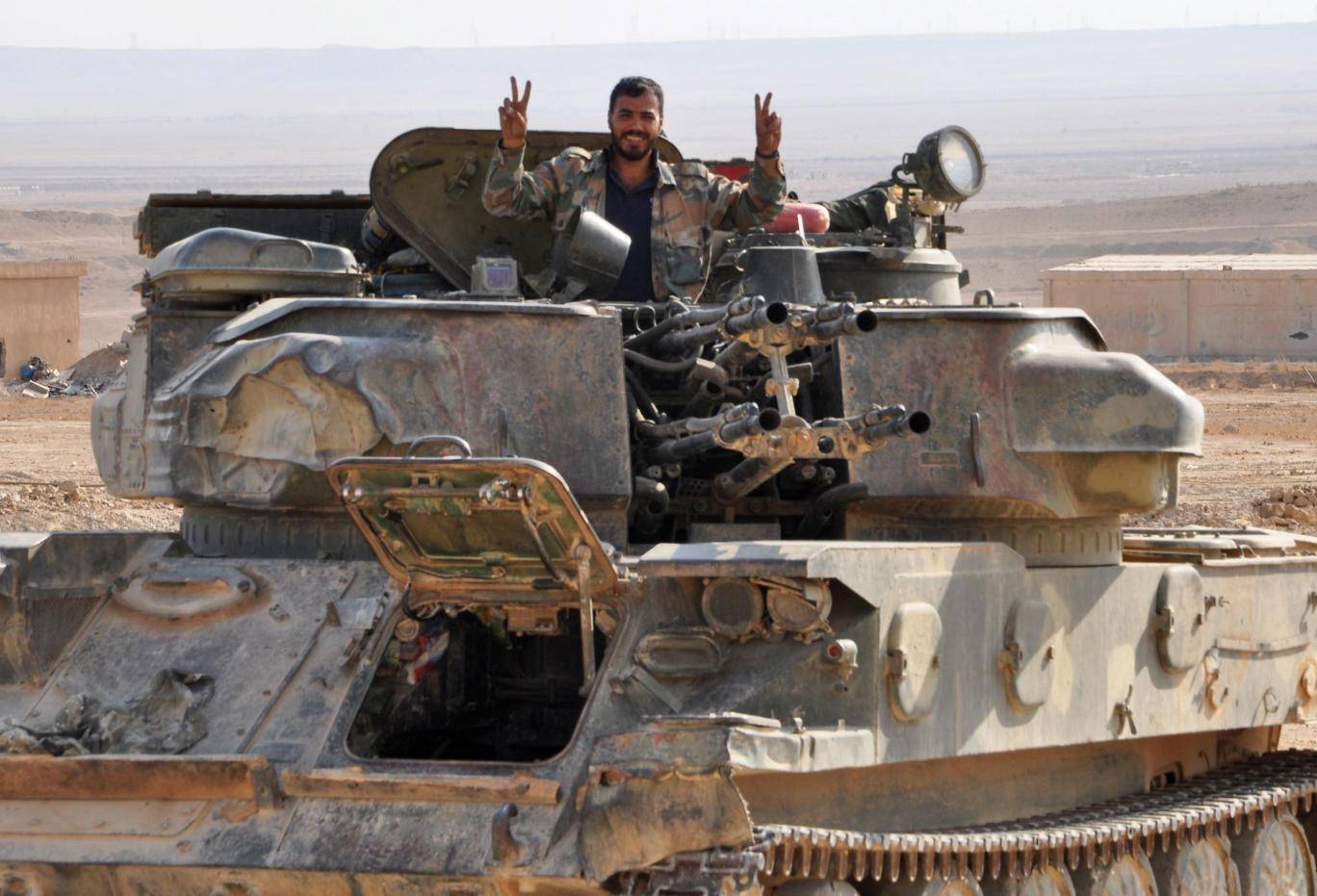 Debts will have to be paid for the casualties of this war, and some soldiers are becoming rather too over-confident.

It’s easy to think the war is over. Until mortars from el-Ghouta swish over Damascus and explode in the old Christian area of Bab el-Roma with its grocery shops and restaurants. Six dead. Or when an army officer comes and says quite casually to you: “Remember Captain Walid? He was martyred four days ago.” I’ve always felt uneasy about the word “martyred” – about any soldier, or civilian, anywhere.

But that’s the way the man referred to Captain Walid Jabbour Khalil. He was a combat correspondent with the Syrian army. He carried a notebook, not a rifle, and he had a dangerous job.

I knew him, though not well. Last year, he was covering the war on the mountains of Qalamoun high above Lebanon, a short, cheerful, moustachioed man who, I thought, was happier as an official military reporter than an infantryman. He had been recording how the bodies of Nusrah fighters lay on the edge of an escarpment just captured by the army and its Hezbollah allies.

Russian and German official combat reporters and photographers had a short life expectancy in the Second World War – their Allied opposite numbers somewhat longer – and they took their chances in battles, cruel and fair, on the side of the aggressors or the liberators. Walid Jabbour, like his colleagues, was making a record of the Syrian army’s war, as ruthless a struggle as any in the recent history of the Middle East. He was shot dead by a sniper – probably a Nusrah man – in the battle of Harasta in eastern Damascus. He was wearing a flak jacket. The bullet, very carefully aimed according to his colleagues, hit him just beneath the lower left side of the protective armour.

By one of those awful ironies that war regularly throws up, Jabbour and his fellow cameramen were two weeks ago making a documentary about their own work. So his death, as he scrambled through a doorway, was recorded by one of his own photographer friends. He was a Christian – how we need to note these small matters now, in a war that has plastered coloured sectarian stickers over the landscape of every Syrian map. He was 38 and married, with a young son. His commanding officer, a Damascus general, attended the funeral – he is a Muslim and it was the first Christian church service he had ever attended. He gave a speech by the coffin, he said, amazed by the music and the extraordinary vestments of the priests.

The power of the internet has invaded every war now and it’s not just Jabbour whose death shocks each family. Soldiers of the Syrian government receive more public notice than the civilians of either side – the casualty figures for the Syrian war, anywhere from 240,000 to 450,000 dead, have now reached fantastically unreliable proportions. For all we know, they may even be closer to half a million, although that is unlikely.

But every Syrian knows – and has watched over and over again – the appalling, moving images of the death of 19-year-old Fadi Zidan, a cadet in the “National Defence” militia. He had joined up in 2015 and just four days later was seized by Isis fighters in Palmyra. And there his terrible fate was recorded forever – largely unseen in the West, of course, but regarded inside Syria with all the reverence (or hatred, depending on your point of view) humans bestow upon a religious painting.

Because he was an Alawite – or a “Nusairi”, as he is called by his persecutors in the film – Isis decided that he was a heretic as well as a tank driver (impossible, since he was only four days in uniform) and a chilling, white-shrouded figure standing behind the young man sentences him to be killed “as you do to our people”. Zidan appears dressed in the orange jumpsuit of Guantanamo and Isis infamy, his feet shackled in chains, the man in white announcing that he will be driven over by a captured Syrian tank.

The next images show Zidan standing perhaps 20 yards in front of a roaring tank which charges forward on full throttle. He turns desperately away to the right, and half-jumps in his chains to avoid his death but the left-hand side tank track catches up with him. Syrians have seen the unedited footage. Readers should be spared. All that is left in the last frames of the film is a crushed, orange-coloured mass of rags on the road behind the tank, a group of Isis members screaming “Allahu Akbar!” The Serbs did the same to the Muslims of the Drina Valley. Thus, too, did Uzbek General Dustum punish his enemies in northern Afghanistan.

But how should one contemplate such barbarity? And go on accepting, in the kind of nonchalant, easy way we do in the West, as Syrian civilians are blown apart and gassed and starved? I was in a black-stone village north west of Hama last week – destroyed, of course – when a Syrian army major casually said, “My cousin was martyred here three years ago.”

Slowly, more figures emerge. In the tiny village of Arabiyah in the same countryside, around 350 of its menfolk had died in uniform – either of the Syrian army or the “National Defence” groups. The enormity of the figure is only obvious when you realise that the entire village population of men, women and children is scarcely 8,000.

What is the real cost of this war in the ranks of Bashar al-Assad’s army? I think it passed 70,000 dead some months ago. Eighty thousand, perhaps. What rewards do their families expect from such a sacrifice? There will be debts to be paid.

I have to say, however, that after a 2,000-mile tour over much of Syria, I have – for the first time in recent months – seen neither a single Hezbollah member or Iranian revolutionary guard. And since Western leaders believe Syria is swamped with Iranians, this is interesting.

I travel where I wish – apart, of course, from the small areas still held by Isis – and I’m quick to spot a Hezbollah fighter (usually because they come from Lebanon, where I live, and I know some of them). But there are plenty of Russians patrolling the desert highways, even running convoys up the main supply route from Homs to Aleppo.

Yet I cannot forget the flurry of mortars that crashed into Bab Touma a few days ago. And, after passing through literally more than 100 military checkpoints, I find Syrian soldiers a bit too over-confident right now, too ready to believe it’s almost come to an end. Wars can be most dangerous when they are close to the end.