Research: No man’s land in Egypt

Posted by Editor on Wednesday, September 21, 2016 · Leave a Comment 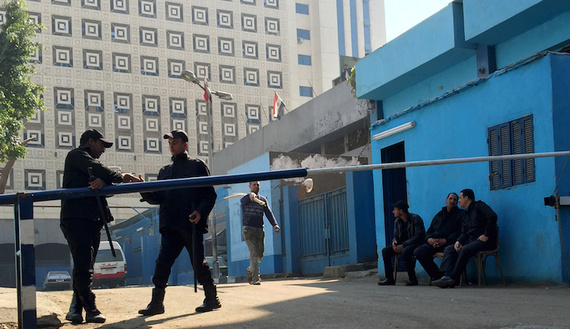 An Egyptian was conducting a study on sewage systems back during the times of Khedivial Cairo (1867-1914). He had to apply for a permit from security authorities. Months later, his request was denied “for national security reasons.”

Ashraf El Sherif, a professor of political science at the American University in Cairo (AUC), narrated this story, explaining how research has always been a restricted field in Egypt, resulting in decades of stagnation. Because researchers collect information, they are perceived as spies in the eyes of both authorities and the public. With generations of politically and socially corrupt professors, along with the hostile environment, aspiring researchers often have to give up on their research or take it to different, more welcoming, shores.

“We were not taught how to do proper research and how to write reaction, review and critique papers,” Mohamed El-Gohari recalled, resulting in thousands of plagiarized theses or mere translations. Gohari, a researcher who previously worked at the governmental Al-Ahram Center for Political and Strategic Studies, describes the center as a “grave of researchers” where the work of young researchers is stolen and attributed to the “big shots.” Gohari later traveled to the United States to learn what he couldn’t under the Egyptian educational system and is now a researcher at the Atlantic Council.

Restrictions not only impede political research, but also academic and scientific research as well.

Legally and constitutionally, the free flow of information is legitimatized. However, it is conditioned upon never threatening national security, which is an elusive concept, thereby widening the umbrella of that which can be deemed inaccessible, according to Sherif.

“The security mentality governs every aspect of our lives. So regardless if you are researching [the architecture of] a building, homosexuality or religion, this security logic makes acquiring information and documents a gargantuan task,” said Gasser Razak, the executive director of the Egyptian Initiative for Personal Rights.