Revolution: a poem by Ziba Karbasi 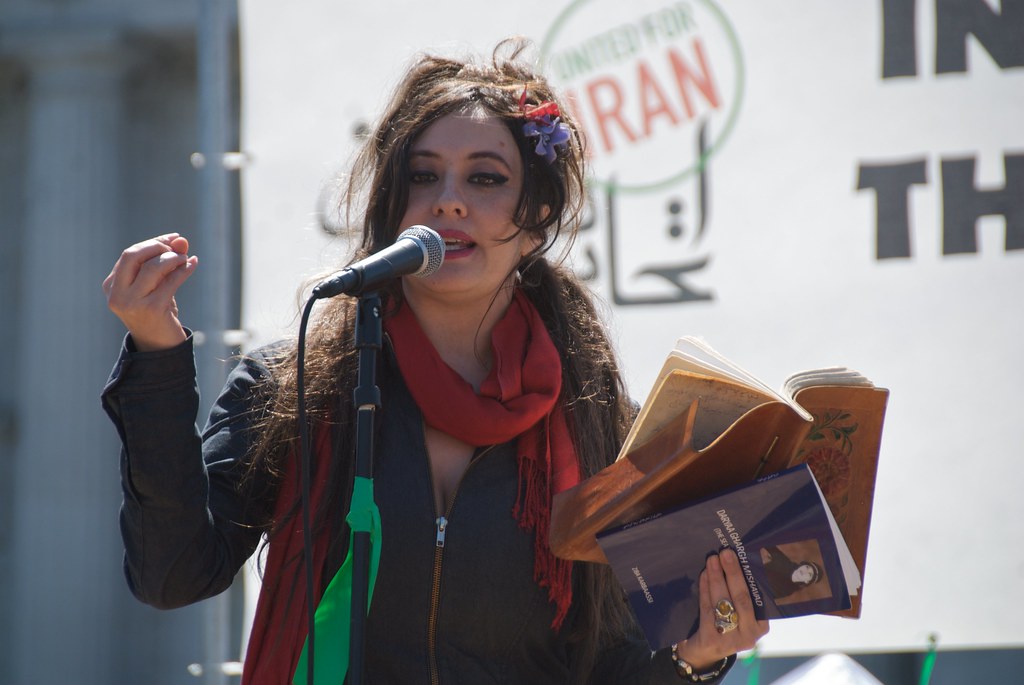 The people’s hand was wounded

The people’s back was wounded

So their sky would rain stars.

When their sky rained stars

The people’s body was wounded

The earth filled with bloodied stars

The people’s heart became a star

Posted on the Translation Project

One of the rising stars of Iranian poetry, Ziba Karbassi was born in 1974 in Tabriz, Iran. She left Iran in 1989 and now lives between London and Paris. She has published five volumes of poetry in Persian, all outside Iran, and continues to write prolifically. Her poetry tackles difficult themes with a mastery of craft and has received wide critical attention. She has been translated into several languages. An entire volume of her poetry is being translated into English by Stephen Watts. She was recently voted as Director of the Association of Iranian Writers in Exile. Ms. Karbasi tours on a regular basis to present her work and participate in various events.