Saudi hit squad is another godsend for Erdoğan 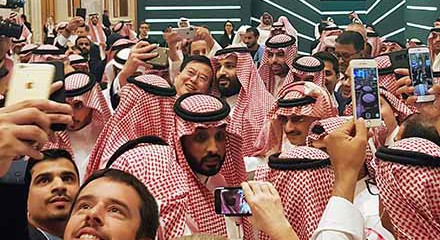 Almost two years ago, when the military challenged his rule by attempting a coup and were beaten back, president Recep Tayyip Erdoğan famously said: “It was a godsend!” It provided a marvellous pretext for a brutal campaign against all dissent, while maintaining popular support – not to mention that of key parliamentary groups, left paralysed by a perceived mortal danger.

Maybe he has not shouted so loudly this time, but he has been delivered another godsend by the blundered murder of journalist Jamal Khashoggi by the Saudi regime. He now has the chance to rekindle his popular base in Turkey, while also becoming a focal point in the international arena.

Domestically he wants to present a picture of a law-abiding strongman pursuing justice – a supporter of freedom of conscience – while in the international arena he hopes to regain lost credibility. Erdoğan has been forced to retreat on his judicial ‘hostage-taking’ policy, whereby he had attempted to ease the pressure on Turkey applied by the US and EU. But this backfired badly when earlier this month Turkey released pastor Andrew Brunson – jailed for spying and aiding terrorists – without securing the release of Hakan Atilla, the Turkish banker imprisoned in the USA for his role in the sanctions-busting operations of a Turkish bank. The US administration was planning to put more pressure on Iran by applying a new bout of sanctions and Turkey, as one of Iran’s main trading partners, would be badly affected.

All this follows Erdoğan’s mismanagement of the currency crisis, which led to ridicule and several about-turns without much scope for face-saving. Despite his foot-dragging, he was obliged to raise interest rates, and, threatened with impending economic crisis, put the brake on uncontrolled credit. His government was forced to call a halt to his beloved policy of massive infrastructure investment based on cheap international credit.

And as those credit lines started to dry up, Erdoğan was forced to seek fresh funds from the Gulf countries, some of which were quick to step in. However, there were others who rather enjoyed watching his trials and tribulations – awaiting their turn to exact a tribute for past policies directed against them.

When the ‘Arab spring’ began in 2011, the Muslim Brotherhood seemed to be the driving force behind it. Its successes in Tunisia, Morocco, Jordan and Kuwait rang alarm bells for the Gulf monarchies. Libya, Yemen, Syria and Egypt followed suit. The Gulf regimes tried to extinguish the bushfire in Egypt, while Saudi Arabia and the United Arab Emirates supported the military coup against the popularly elected Muslim Brotherhood government of Mohamed Morsi.

But Erdoğan stood firm in his support for the Muslim Brotherhood, providing asylum for some in Turkey, and became one of the fiercest critics of the Sisi regime in Cairo. The four-finger salute, used by the Brotherhood, was also taken up by Erdoğan at rallies of his Justice and Development Party (AKP). This summarised his adopted philosophy after he made his peace with the military top brass: single nation, single flag, single motherland and single state. If you added a fifth finger for ‘single language’, you would get the infamous Kemalist ideal, as supported by the military since the 1960s.

In the Gulf, Qatar and to a lesser extent Kuwait also appeared to support the Muslim Brotherhood, and their opposition to the Syrian regime coalesced around Turkey, which at the time was openly pursuing a kind of neo-Ottomanist expansionism in the northern Middle East. When Qatar’s role in Syria and Egypt began to grow, it was targeted by the Saudi regime. In 2017 it imposed a blockade and an isolation strategy aimed at crushing Qatar.

On Qatar’s request Turkey sent army units and started to build a military base to defend it against any aggression. The newly anointed Saudi crown prince, Mohammad bin Salman, took an aggressive stance against these developments. He claimed that the Muslim Brotherhood was a terrorist nest that should be obliterated, and said that Iran, Turkey and Qatar formed an evil axis.

For him the Shia Islam of Iran is an anathema and when he attacked Yemen his aim was to stop the growing Shia influence in the region. He also accused Qatar of supporting Shia groups in Bahrain. Those were sweet words to the ears of Trump, since he was hoping for an Islamic military coalition against Iran.

Meanwhile the new crown prince was ensuring that the Saudi regime became a mainstay of Israel. It also followed the US lead in providing support to the Syrian Democratic Forces for their operations to the west of the Euphrates river. Turkey’s own operations in northern Syria and its persistent talk of pushing the Kurdish-dominated SDF out of the territory it controlled to the east of the Euphrates added to the tensions.

Saudi-Kuwaiti relations have been tense because of a dispute over the joint oilfields at Khafji and Wafra in the neutral zone on the border. As a result oil production came to a virtual halt. But Saudi assertiveness in seeking to dominate the oilfields did not go down well with the Kuwaitis – the planned talks over the dispute were aborted and the crown prince’s visit was cut short. Another aspect of the pressure the Saudis were putting on Kuwait took the shape of urging it to give up its neutrality and take the side of the coalition of Saudi Arabia, Bahrain and the United Arab Emirates. That could have led to internal problems in Kuwait, since almost half of its population is Shia.

With the tension rising, the Kuwaitis sought assistance from Turkey against their powerful neighbour. A ‘military cooperation committee’ was formed, with plans for a joint military exercise in 2019. Kuwait also publicly spoke about its intention to buy arms and armoured vehicles from Turkey, while there is also talk of Turkey permanently stationing troops in Kuwait.

Turkey’s position in the region is observed anxiously by the Saudi regime, but Erdoğan has been making use of its bungled operation in the Saudi consulate in Istanbul in the name of upholding international law. The idea is to apply pressure on the Saudis, in order to undermine the position of the crown prince. Israel and the USA had based their hopes on the Saudi regime’s initial step back by claiming that an unruly clique was responsible for the death of Khashoggi. But the Turkish side had enjoyed scoring the first point and pressed on. Instead of a drip-drip of leaked information, Erdoğan’s speech on October 23 aimed to place a wedge between the king and the crown prince by exposing the premeditated nature of the killing, and hinted that they have more distasteful information to reveal if the Saudis do not play ball.

Meanwhile, Donald Trump sent the director of the CIA and enthusiast for waterboarding torture, Gina Haspel, to Turkey for talks. The US is trying to shore up the crown prince – as Trump said, “We’ve got nobody else over there to help protect Israel” – while parts of his administration and even loyal Republicans are looking for a suitable candidate in case they are obliged to ditch him as president. On the other hand, his son-in-law, Jared Kushner, has a close relationship with bin Salman.

So now the Khashoggi case has also become a bargaining chip between Turkey and the US. And guess who would be the potential losers? The Kurds, of course. Since Turkish and American stances on the Kurdish zone in Syria have been diametrically opposed, Turkey is trying to gain some leverage over the consulate murder.

When Khashoggi’s position as a supporter of the Muslim Brotherhood and critic of the Saudi regime over Israel became untenable, his time was up. While he was warned of the possible consequences, he was also advised that if he put up and shut up there would be nothing to be afraid of. His contacts with the Qatari emir are well known, as are his Turkish connections. He was the grandson of a Turkish physician who settled in Saudi Arabia after treating King Abdulaziz ibn al-Saud. His maternal uncle is Turki bin Faisal, the former Saudi chief of intelligence, who had served as ambassador to London and Washington.

Since he had been closely involved with the intelligence and diplomatic services, Khashoggi was surely aware of the previous kidnapping of Saudi nationals from European countries in the recent past. In 2003 another critic of the Saudi regime, Sultan bin Turki bin Abdulaziz, was kidnapped in Geneva, having been invited to breakfast by his cousin, prince Abdulaziz bin Fahd. He was drugged and bundled into a plane to Riyadh. After several years in jail, he left Saudi Arabia and lodged a criminal complaint before a Swiss court for his kidnapping. He was abducted again and once more flown to Saudi Arabia, together with his 18-strong entourage, including his US and European bodyguards.

Similar cases involved prince Turki bin Bandar, a major in the Saudi police, who disappeared in 2015, and prince Saud bin Sail al-Nasr, who also ended up in a Saudi prison. But it has been normal for the US and European countries to turn a blind eye to those kidnappings, together with some unexplained deaths.

However, we should not forget that Turkey too has conducted questionable operations from its embassies in the recent past. In 1993, when a group of Kurdish protestors breached the wall of the embassy compound in Berne, they were fired upon and one person was killed. In 2013, three Kurdish women leading the solidarity movement in Europe were assassinated by a Turkish agent who had infiltrated their group.

Erdoğan’s own bodyguards instigated fist fights with protestors in front of the ambassador’s residence in Washington DC, together with some local AKP supporters. Two persons were charged, tried and convicted, but the bodyguards claimed diplomatic immunity.