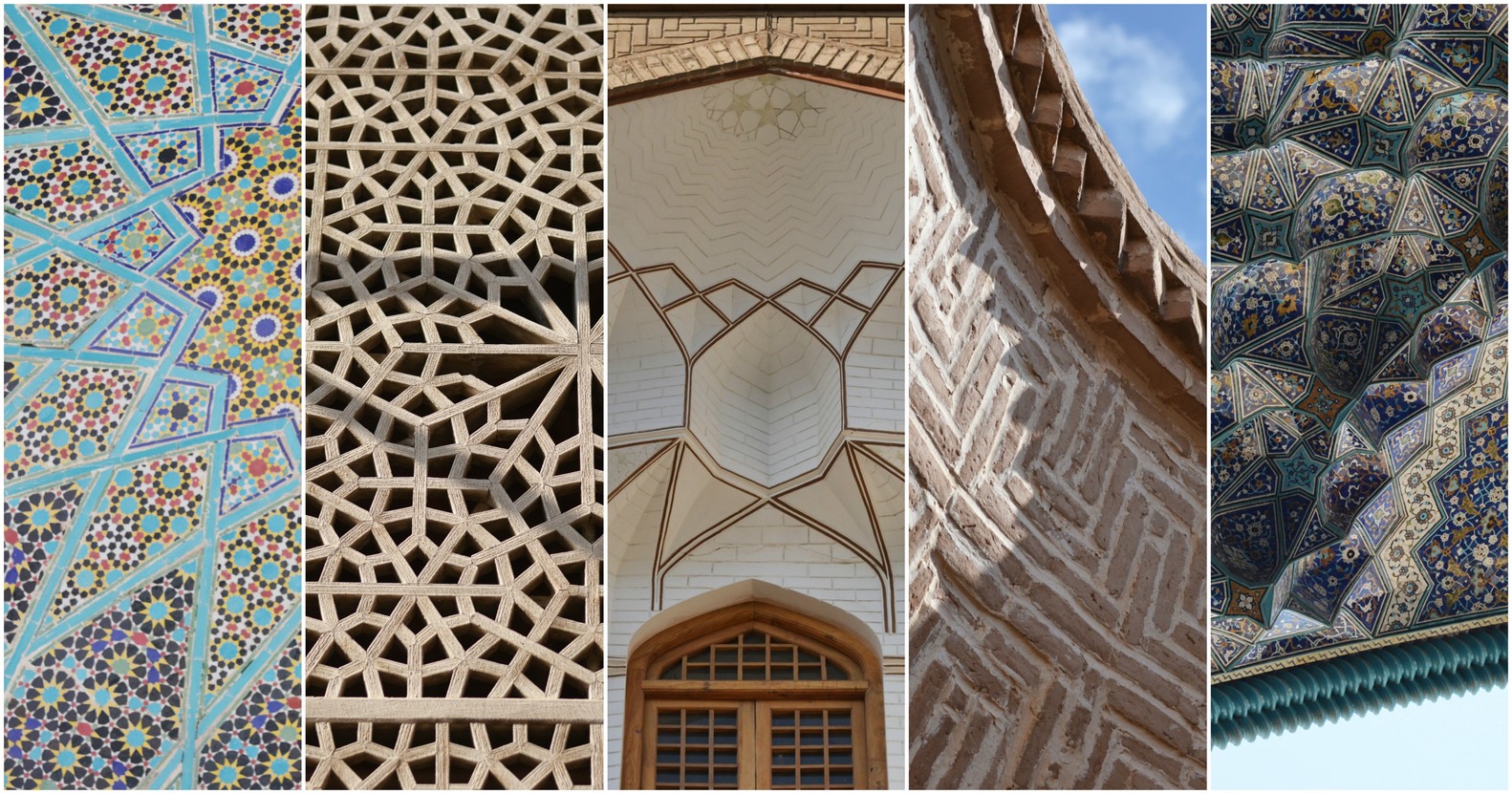 Iran’s geography consists largely of a central desert plateau, surrounded by mountain ranges. Due to the country being mostly covered by earth, sand, and rock, Iranian architecture makes fantastic use of brick or adobe elements. Most of the buildings seen in larger cities such as Tehran and Isfahan are constructed using similar brick-laying methods as can been seen in other parts of the world, but certain constructions, usually ones that date further back, contain incredible geometrical treasures. And it doesn’t stop there – old Iranian architecture often contains a layer of tiles over the brick constructions that can create just as mesmerizing geometrical wonders. The art of creating complexity by using many incredibly simple elements is one that has been mastered in Iran. In an architectural world where construction has become hidden by layers of plaster and plywood, we could learn a lot from the beauty of Iran’s structural geometry, where skin and structure are (almost always) one and the same.

The common brick is something we are all quite familiar with; fired clay in the shape of a rectangular cuboid. Adobe, which most people are less familiar with, is the name for a compressed mixture of sand, silt, clay, water, and sometimes straw, to form the shape of an extruded square that is often seen in Iranian architecture. Different combinations are used to create different forms such as arches or ornamentation. Sometimes the adobe or brick is covered in plaster as protection, creating the impression of a single carved form.