Spiralling poverty in Iran adds to pressure on regime 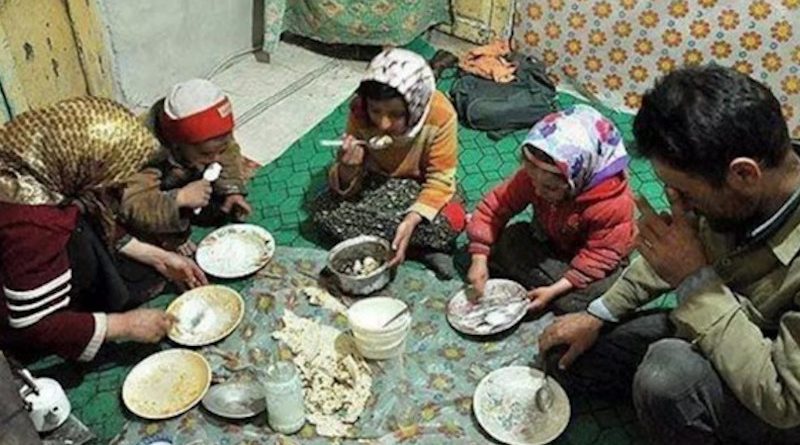 This time last year, Mohammad could still just about afford fruit and chicken for his three children. But as US sanctions and the coronavirus pandemic have devastated the economy and spurred inflation — almost tripling the price of fresh fruit — the unemployed 47-year-old and his family survive on bread, potatoes and eggs and only then because he has received state “bonuses”, sold some home appliances and dipped into his savings.

“I receive around 9m rials ($38) in monthly financial help from the government and spend around the same amount from my own money [and we still] live like war refugees,” said Mohammad, a polio survivor who stopped selling cigarettes three years ago because of his disability. Millions have been pushed into extreme poverty over the past year, adding to pressure on the regime in an Iranian election year to resume talks on the nuclear deal with new US president Joe Biden.

The Islamic republic boasts that the economy has survived in the face of US sanctions and the coronavirus pandemic, in part because of non-oil exports such as petrochemicals and steel, bartering and the sale of small amounts of crude to China. But many Iranians are much poorer than they were when Donald Trump pulled the US out of the nuclear accord the Islamic republic had signed with major powers.

“More than 60 per cent of Iranian society live in relative poverty because the workers’ wages are enough for about a third of their costs of living,” said Faramarz Tofighi, head of the wages committee of the Islamic Labour Council, an industrial relations group. “Half of those who live below the poverty line struggle with extreme poverty.”

Saeed Laylaz, a reform-minded economist, confirmed the figures cited by Mr Tofighi and said the number of those who struggled with extreme poverty had increased fivefold in the three years since the US quit the deal and reimposed sanctions. There are no official government figures available on poverty and experts rely on purchasing-power data to estimate deprivation. Rising poverty has added to pressure on the regime to reopen talks with the US, said Mr Laylaz.

“After the pandemic, if the Islamic republic cannot curb poverty, it could face political and social instability. The government has to compensate . . . for the huge pressure on people over the past three years.” The official annual inflation rate is now 46.2 per cent compared with less than 10 per cent in May 2018 when the US pulled out of the agreement. The price of food and drink is higher again, with Iranians complaining that the cost of chicken, rice and eggs has almost doubled over the past year while the prices for beans and vegetable oil have increased by about three times.

In a country where youth unemployment is 16.5 per cent, many workers have lost their jobs over the past year because of the pandemic. Many would have starved if it were not for monthly government payouts to compensate for the cut in energy subsidies as well as payments to help ease the impact of the pandemic, analysts say. Iran’s smart cash payment system covers around half of the 83m-strong population and targets those with no source of income.

The poorest families — with an average of four members — are entitled to a minimum of 5.7m rials each month, enough to afford bread and potatoes. This has helped make bread “affordable for many families and helps them not to starve”, said Mr Laylaz.

Ghodrat, the janitor at a residential building in affluent northern Tehran said his monthly wage of 18.5m rials has increased to 24m rials since March but he still struggles to get by. He sends almost all his salary to his wife and two children in another city for them to survive.

“I have never felt under such huge financial pressure in my life. I eat much less these days and rely on neighbours who sometimes give me food,” he said. “But it happens that I sleep hungry or only drink water or tea for breakfast.”

In Zahedan, one of the country’s more deprived regions, the situation is even worse, charity workers say. The charity Abid Vafamanesh supports 370 families, four times as many as it did last year, partly because of an exodus of poor people from bigger and more expensive cities.

“Families with a couple of kids live in 12 sq m shelters. Breakfast has no meaning for them,” he said. The risk for the regime is that this poverty could also have political consequences. In November 2019, protests by the poor were brutally suppressed. Hundreds of people were killed.

“If we cannot curb the widening gap between the rich and the poor, we shall see an explosion of resentment and depressed feelings in the society,” said Mr Tofighi. While Mohammad has pinned a lot of hope on Iran-US talks and the lifting of sanctions, he said corruption and mismanagement were equally big problems.

Iranian leaders had to prioritise the “real needs” of people such as their dignity and basic economic issues, he said, over “fake needs” like regional issues and forcing women to observe laws on Islamic dress.

“Today, if my father dies, I cannot afford to travel to attend his funeral. This is not the way a nation can be treated,” he said. “This approach doesn’t even benefit rulers as people can be suppressed and killed today but they will take guns tomorrow to defend their right to live a dignified life.”