Stymied by Protests, Iran Unleashes Its Wrath on Its Youth 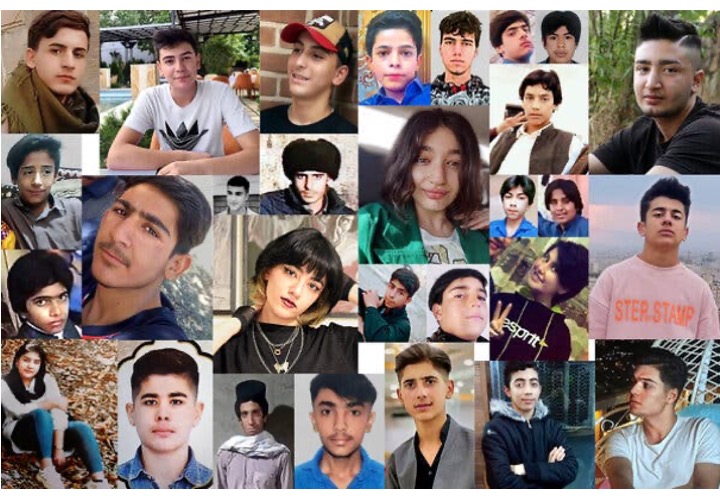 One girl, a 14-year-old, was incarcerated in an adult prison alongside drug offenders. A 16-year-old boy had his nose broken in detention after a beating by security officers. A 13-year-old girl was physically attacked by plainclothes militia who raided her school.

A brutal crackdown by the authorities in Iran trying to halt protests calling for social freedom and political change that have convulsed the country for the past two months has exacted a terrible toll on the nation’s youth, according to lawyers in Iran and rights activists familiar with the cases.

Young people, including teenage girls and boys, have been at the center of the demonstrations and clashes with security forces on the streets and university campuses and at high schools. Iranian officials have said the average age of protesters is 15.

Some have been beaten and detained, others have been shot and killed on the streets, or beaten in the custody of security services, and the lives of countless others have been disrupted as the authorities raid schools in an effort to crack down on dissent.

The authorities are targeting thousands of minors, under the age of 18, for participating in the protests, according to interviews with two dozen people, including lawyers in Iran involved in cases and rights activists, as well as parents, relatives and teenagers living in the country. Rights groups say that at least 50 minors have been killed.

The lawyers and many of the individuals interviewed for this article asked not to be named for fear of retribution.

The targeting of young people comes amid a broader crackdown on protesters in which 14,000 people have been arrested, according to the United Nations. On Sunday, state media said an unidentified person had been sentenced to death for setting fire to a government building.

But the Islamic Republic is unleashing its wrath on its youth in ways and on a scale not seen during other protests that have rocked the country over the past two decades, the rights groups say. The nationwide uprising, largely led by women, has seen daily protests in cities across the country calling for an end to rule by hard-line clerics in the aftermath of the death of a 22-year-old woman, Mahsa Amini, in the custody of morality police in September.

Kazem Gharibabadi, secretary general of Iran’s High Council for Human Rights, did not respond to questions about the government’s actions against youthful protesters.

The government has responded to the youthful revolt with the same tactics it deploys against adults: shooting and beating some to death; arresting and throwing others into detention cells with adult inmates; and interrogating and threatening children and their families, according to rights groups, parents and lawyers.

The 14-year-old girl detained alongside the drug offenders had gone missing after attending a protest in the religious city of Qom. She was released on bail and was told she now has a criminal file and must be put on trial. The 16-year-old boy who had his nose broken had marched in a protest in the northwestern city of Tabriz, where the crowd chanted “Death to the dictator.”

“What makes these protests different is children are much more visibly present, displaying a bold determination to defy the establishment and ask for a better future for themselves,” said Diana Eltahawy, Amnesty International’s deputy director for Middle East and North Africa. “And they are using all the tools of repression at their disposal to crack down on them.”

Amnesty International said it had documented 33 cases of minors killed in the uprising, but the real numbers are likely higher. Iran-focused rights groups and the association for teachers say the number is closer to 50.

Lawyers and rights activists estimate that 500 to 1,000 minors are in detention with no clarity on how many are held in adult prisons.

At the juvenile detention facilities the children have been forced to undergo behavior therapy under the supervision of a cleric and a psychologist who tell the children they have committed sins and they must accept their wrongdoing, according to lawyers and rights activists. In several instances the children have been prescribed psychiatric drugs after resisting behavioral treatment, lawyers said.

In an audio message shared with The New York Times by a prominent Iranian human rights lawyer, Hossein Raeesi, a security officer said the government issued a confidential order demanding that all the cases involving children “must be handled by security and intelligence experts.” The officer added: “The situation of the children is extremely grave, the cases are slowly emerging.”

Mr. Raeesi said Iran’s laws stipulate that minors can only be held at juvenile detention facilities and questioned by judges who are specially trained and assigned to juvenile courts.

Iran is also a signatory to the United Nations Convention on the Rights of the Child, and its targeting and treatment of children, Mr. Raeesi said, violates its obligations.

In the Kurdish city of Kamyaran, a 16-year-old boy named Mobin was arrested and taken to a prison, where he was beaten in an assault that left his shoulder broken, according to Rebin Rahmani, a director at the Kurdistan Human Rights Network. When the boy was taken to the hospital for X-rays, the doctors planning to admit him were overruled by security forces, and he was returned to detention, Mr. Rahmani said.

Schools typically considered a sanctuary for children have suddenly turned into battlegrounds where students are at risk for simply attending class.

The New York Times documented 23 raids on high schools in cities across Iran, where plainclothes militia and intelligence agents interrogated, beat and searched students or where school authorities threatened or attacked students.

In one incident, a Tehran elementary school was attacked last month when security forces threw tear gas in its yard during recess because students were chanting anti-government slogans, according to a parent whose third-grade son attends the school.

“My children are not safe on the streets, and they are not safe in school anymore. Every day I die from anxiety until they get home,” said Sara, a 50-year-old mother of two teenage girls in Tehran who asked that her last name not be used. Last week, the school called to inform her that the plainclothes Basij militia planned a raid of the school and would demand access to the students’ phones. Sara did not send her daughters to school for two days.

Her 17-year-old daughter, a senior who asked not to be named for safety concerns, said she felt “empowered” because every day she has been protesting alongside her schoolmates by taking off their hijabs, banging on doors and chanting “Women, Life, Freedom.”

In Tabriz, a 14-year-old boy named Amir showed symptoms of trauma at home when he refused to eat and became reclusive, his family said. He complained of headaches and an upset stomach.

After three days, he told his uncle that his school had been raided by intelligence agents who had parked a police van in the yard and threatened to take students to jail if they had been found to have torn pictures of the supreme leader, Ayatollah Ali Khamenei, in their schoolbooks or had expressed support for protests. They checked the students’ books and scanned their phones, taking screenshots of photos and social media posts.

“They had told Amir that if you tell your parents we will arrest your father,” his uncle, Ebi, a mechanical engineer who asked that his last name not be used, said by telephone from Tabriz. “They are terrorizing the kids because they are afraid of the future and they know these kids will fight for their rights.”

A mother in Shiraz said that the principal of Amin Lari High School, which her 14-year-old daughter attends, called the police and education department when students smashed framed pictures of Ayatollah Ruhollah Khomeini, the founding father of the revolution, and chanted slogans in the yard. When they raided the school, the principal gave them access to surveillance cameras to identify students who had instigated the protest. Sixteen were suspended.

In one of the most high-profile school incidents, the Basij militia last month stormed Shahed High School in the northwestern city of Ardabil and beat students, sending nine to the hospital in ambulances. Rights activists said a 15-year-old girl, Asra Panahi, was beaten to death.

But members of her family have publicly toed the government line that she committed suicide by swallowing pills, which rights groups say is because of pressure from the authorities.

“The families of children who are killed or arrested are under enormous pressure and threats to not tell the truth about their cases and not give their names,” said Yashar Hakakpour, director of the Canada-based Association for Defense of Azerbaijani Political Prisoners in Iran. He said he had been in contact with people close to Asra’s family and could confirm she was killed in the raid. “They think if they scare the parents, they can control the children too.”

Some children have disappeared from protests and their families have been unable to locate them, according to rights activists and media reports. Two brothers, 16 and 17, have been missing for more than a month in Zahedan, a city in the southeast of the country that has been the scene of a violent crackdown. Three 15-year-old girls have been missing for days in Lahijan.

“They have never respected or accepted the concept of children having any rights,” said Bahram Rahimi, a founding member of Iran’s Committee to Protect the Rights of Children who is now in exile in California. “Even the most conservative families are infuriated at the way they are targeting children.”

More on the Protests in Iran

Cities across Iran have been embroiled in demonstrations prompted by the death of a young woman, Mahsa Amini, while she was in police custody.

Featured image: These are among the nearly 50 minors that rights groups say Iran has killed in the past two months, as protests swept the country. Security forces shot or beat to death most of them during protests.Credit…Amnesty International