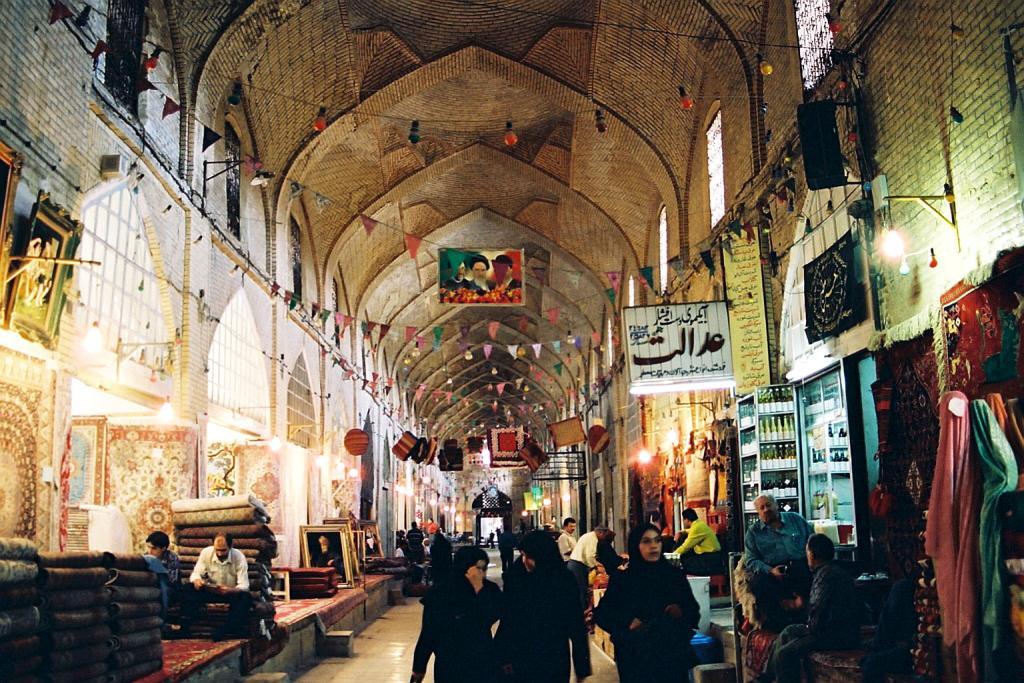 on a baking sheet. Suitcases of practical underwear,

hand-washed, dried on a door handle, stuffed into boxes

from Bazaar-e-Vakeel, making use of the smallest spaces,

for safe travel. I stand still when she smokes

esfand and fans away an evil eye. And when she asks

does this mean he will die I say yes

without worrying it will break her. Suitcases

with gold coins inside, the gaudiest earrings

brought for me, yellow, loud as these big women rolling

with their fingers onto a head of tobacco.

Jigaram, they call me, which means my liver.

Suitcases they unpack and repack

the report on the brother’s liver: it’s failing, and he

doesn’t want the sisters around because they will pray

which he will be in a few days, the one

who asked to read my poems. Sisters unfurl

black shawls from suitcases to drape over their heads.

I carry trays of dates before the men, offer little

while they rock. I answered yes when one asked

does that mean he’s going to die?

I dropped down against the mosque wall

curled my shoulders in

tilting toward the rubble-dusted floor

tried to still my lashes

as rifles came clanging in

their muzzles smelling out fever

heated off a pulse

I was playing dead

a beast caught sight of my breath

blew off my face

Born in Istanbul and raised in the United States, Solmaz Sharif completed majors in sociology and women of color writers at U.C. Berkeley. While there, she studied and taught with June Jordan’s Poetry for the People. She holds an MFA from New York University’s Creative Writing program, where she taught creative writing and was a Goldwater Fellow. She currently lives in New York City and is working on her first book of poetry.