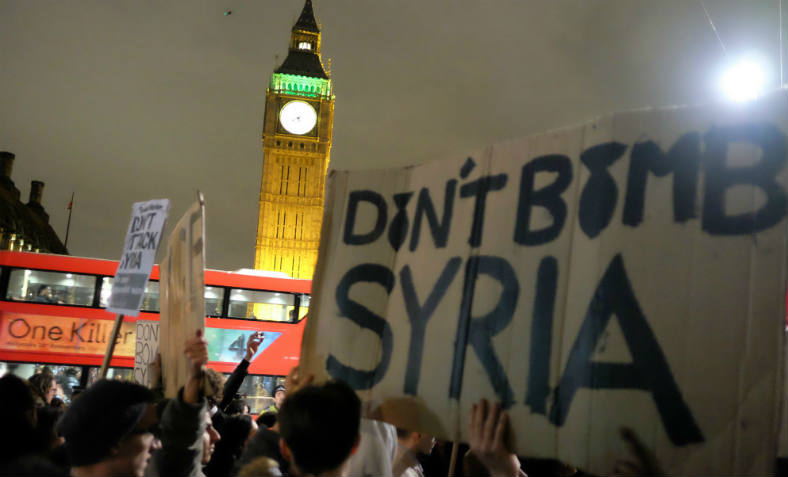 However confusing the situation in Syria, the anti-war movement provides political clarity, argues David Bush in his latest online post.

There is major disorientation on the left in many western countries when it comes to Syria and about how anti-war activists should respond to events on the ground in Syria and Iraq.

The highly complex nature of the Syrian war involving a multitude of foreign states and non-state actors would, in the best of times, present the left with a real challenge to find political clarity. The fact that this is occurring precisely when the anti-war movement in countries like Canada and the United States are relatively weak only adds to the confusion.

The way in which the debate about the Syrian war has been framed and conducted by large parts of the left has been unhelpful to say the least. Some have taken a pro-Assad/ pro-Russia anti-imperialist line. This position views the popular uprising against Assad as reactionary and driven by US imperialism.

Others frame the debate about the need to support the revolution against ISIS and the Assad regime (or lament the lack of support for the rebels from US imperialism as Gilbert Achcar does). Sometimes this takes on tangible support for the YPG (an armed leftist/feminist Kurdish independence force) or supporting this or that force within the array of groups that make up the anti-Assad/anti-ISIS opposition. There are of course a variety of positions within this frame: some call for active intervention by the West to stop massacres by Assad, others call for arming the rebels or more humanitarian aid, while others equally condemn all sides.

The problem with the pro-Assad anti-imperialism position, sometimes referred to as “campist” (a line of thinking that sees the world as divided up into pro and anti imperial blocs or nations) is obvious. Just because a regime is opposed to American imperialism does not mean all its actions should be reflexively defended. Assad’s regime has too often collaborated with the American state, taken aim at crushing popular movements advocating democracy and workers’ power. There is no doubt his regime has committed war crimes and helped facilitate the rise of ISIS and other reactionary Islamic groups (his regime released key radical Islamist leaders from prison and militarily laid off ISIS and Al Nusra – or as it is called now Jabhat Fateh al-Sham -in a bid to weaken other sections of the opposition).