Syria’s New Housing Law Will Displace Tens of Thousands of Refugees, But Even That Won’t Help the Regime Win the War 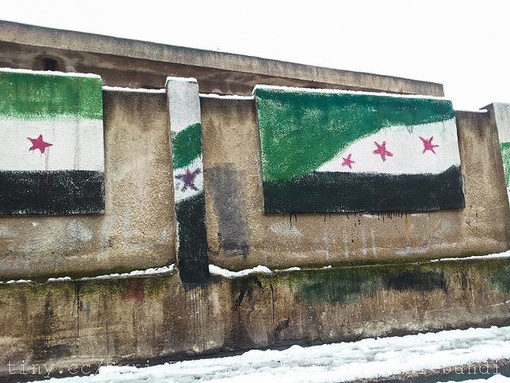 When wars end, the winners redraw the maps. That’s what the British and French did to the Ottoman Empire after the First World War. It’s what Hitler did in Eastern Europe when he thought he was winning. And what the Allies did after the Second World War. It’s what the Israelis did during the Palestinian Nakba (disaster). And what Saddam did to Kuwait after he invaded the UAE. But now a subtle twist. Even before it’s won back all of Syria, the Assad regime is doing a little redrawing of its own. Not of its national frontiers. But within its cities.

For the new Law No 10 calls for what looks like mass property expulsion in those areas of the country which rebelled against the Syrian government after 2011. Even inside their borders, many Syrians claim that it will strip tens of thousands of citizens of their homes – especially in those pulverised districts of the country’s big cities which have been turned into miniature Stalingrads and Dresdens by years of fighting. And it will benefit the regime – author of the law – since all unclaimed property will become the property of the state. Is this the way to bring about the “reconciliation” which the Russians, the Syrian state itself and its supporters talk about so emotionally?

Here’s how it works. Destroyed areas of Syria are to be reorganised, developed and reconstructed. To prove your claim to property – damaged or destroyed – you must appear in person with your real estate documents within 30 days. Clearly, nobody outside Syria who opposes the government can do this – nor can those tens of thousands who live outside Syria’s frontiers to evade the military draft who, in theory and probably in practice, face arrest warrants if they go home.

I took this up with a senior figure in Syria’s Chamber of Trade. No problem, he said. Property holders may appoint others – relatives or lawyers – to prove their claim to property. And this is true. Fourth-degree relatives – second cousins, for example – can make this claim within the same 30 days. But proxy authorisation requires a security clearance which is unlikely to be given if those second cousins are representing relatives who are on a “wanted” list. All this is before we confront the hopelessness of millions of Syrians abroad whose documents of ownership were burned in their homes or in government buildings during the Syrian war. If you don’t have your papers, how do you prove you own your land?

Even Lebanon, whose government contains sympathisers of the Syrian regime – the president is one of them – has publicly expressed criticism of Law No 10 – mainly because their country hosts far more than a million Syrian refugees who, like the Palestinian refugees of 1948 and 1967 who fled to Lebanon, may now never return home. Ghassan Hasbani, the Lebanese health minister (and deputy prime minister) bluntly told a Saudi television channel that many of the Syrians in Lebanon “have lost their identity papers and some are prevented – out of safety fears – from returning to the country they left, fearing persecution”.

The UN Refugee Agency says that more than 11 million Syrians have been displaced internally or to host countries during the war. According to the Norwegian Refugee Council, more than 70 per cent of refugees lack basic identification papers. There are painful parallels here to the plight of the 1947/8 Palestinians refugees and their families, who are deprived of their homes under Israel’s 1950 Absentee Property law which effectively prevents any Arab returning to his land inside present-day Israel who was expelled, fled or who left the country after 29 November 1947.

Gebran Bassil, the Lebanese foreign minister, has received no reply to a letter he sent to his opposite number in Damascus, Walid Moalem, and to the UN Secretary General, expressing his own concern. “The inability of the displaced to prove their ownership within the given period,” he wrote, “may cause them to lose their property and sense…of national identity, which deprives them of one of the main incentives for their return to Syria.” Not that Lebanon is standing up for Syria’s refugees; it just wants them to leave – and regards Law No 10 as a severe disincentive since the legislation may deprive them of the homes they would go back to.

Hasbani’s objection is straightforward: the implementation of the new law and the time frame: why only 30 days to produce papers and claim ownership? For Assad’s opponents, it’s much simpler. For them, the regime is trying to dispossess its largely Sunni Muslim opponents, rebuild the devastated areas in which they lived and then sell them off at vast profit. This, they say, is a form of sectarian ethnic cleansing since the government will inevitably allow its Shia Muslim allies, including the Alawite minority, to live in the newly reconstructed areas.

As far back as 2012, a Syrian legislative decree (number 66) allowed the government in Damascus to “redevelop areas of unauthorised housing and informal settlements [slums].” In the same year, legislation 63 allowed the Syrian finance ministry to seize the assets of people who fell under the Counterterrorism Law (again of 2012). But this law itself embraces the regime’s interpretation of what “terrorism” means. An opponent of the government? A critic of the regime? A civilian who turned to armed warfare when his home was attacked?

One widespread claim is that the law enables Iranians to take over the property of exiled Syrians. By law, neither Iranians not any other foreigner can do so – but Iranian companies can own property if they join the reconstruction process, and so can Russian companies. There are repeated rumours in Syria itself that Iranian companies have bought hotels near the old city of Damascus, along with apartments near the Shiite Sayyida Zainab mosque in the city, a place of pilgrimage for Iranians and Iraqi Shia. In fact, Syrians are more concerned about Iran’s financial aspirations in Syria than they are about the Iranian revolutionary guard corps which so obsesses Israel and the US – and which may number fewer than 3,000 men in the whole of Syria.

All countries, of course, try to clear away their war ruins. The reconstruction of Rotterdam – blitzed by the Luftwaffe in 1940 – began under German occupation. Tens of thousands of ruined homes in Syria cannot be repaired or “restored” because they are damaged beyond repair or, in some cases, unrecognisable to the owners who have returned to them. And the recapture of most major Syrian cities gives the regime a chance to bulldoze the tens of thousands of illegally-built squats which surround Damascus, Homs and Aleppo, the so-called “informal settlements” referred to in legislation 66. Many of these slum structures were built by the destitute rural poor who flooded to the cities before the war after massive drought in the countryside, and who joined the armed and later Islamist militias which tried to destroy Assad.

No legislation mentions why these young people were forced to build their slum homes – there was much wrong with the government’s rural policies before the war – nor how the buildings came to be constructed in the first place. Syrians know that bribes were paid. But then who were the bribes paid to? You can see why the laws choose not to go too deeply into the origins of these banlieues.

There are contradictions. At least one regional governor has tried to persuade citizens to stay in their ravaged homes – and not to leave with the busloads of rebel fighters to Idlib, the dustbin province of Syria which will surely suffer its own fire and death in the months to come (unless Russia persuades them to leave for Turkey). Talal al-Barazi, the governor of Homs, pleaded with its civilians not to travel away with the busloads of armed men escorted by the Russian army en route to Idlib or the Turkish border last year. He climbed onto one bus and promised its passengers that they could stay, that they would not be arrested or punished – until a Sunni cleric on the bus told al-Barazi quietly that the Islamist fighters had told the families they would be liquidated if they did not travel out of Homs. Al-Barazi, it’s said, may well be the next Syrian minister of reconciliation. But he will have a hard job after Law No 10.

So why the rush? Why now, when the war is still far from over, is it necessary to throw this legislation at the poor and the refugees and the displaced? True, there is likely to be a reorganisation of the internal security services, the mukhabarat, when the conflict is over – word has it that they will be placed under the control of the interior ministry in Damascus which might curb their often-freelance activities and brutality. And Bashar al-Assad knows that Syria’s continued existence comes only because of the Syrian army’s fighting abilities and the price it has paid – total military dead is now 87,000 – and with the help of the Russians. After this sacrifice, the army will have a major role in the rebuilding of Syria.

So what is the purpose of Law No 10? We’ve seen property confiscation in Syria before. When it was part of Nasser’s United Arab Republic (along with Egypt), farms and plantations were nationalised, along with 23 private banks and other companies. The Baathists did the same in 1963-65 on a bigger scale. Most of the companies taken during this period collapsed under corruption and bad management.

But this was small scale compared to Law No 10, which raises the all-important question of what kind of Syria Bashar al-Assad wants to see after the bloodletting is over and the Islamists are destroyed and all of Syria restored to central government control. Is this going to create the “more healthy society” of which he spoke last year? I guess it comes down to a simple equation: bad laws do not create “reconciliation”. And laws don’t win wars. They can restart them.