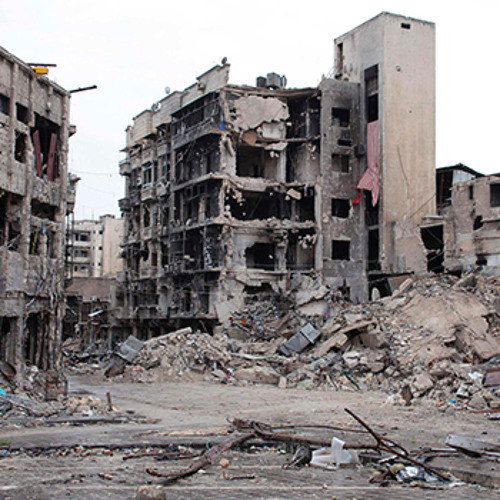 Systematic attacks on hospitals, patients, doctors, and civilians in Eastern Ghouta, Syria, have killed nearly 1600 civilians and resulted in the internal displacement of over 50 000 people since the military offensive launched on 18 February 2018.[1]Médecins Sans Frontières. Syria: siege on East Ghouta leaves medical care in complete collapse. 8 March 2018. www.doctorswithoutborders.org/article/syria-siege-east-ghouta-leaves-medical-care-complete-collapse[2]World Health Organization. Syria crisis: East Ghouta update, 21 March 2018. 2018. https://reliefweb.int/report/syrian-arab-republic/world-health-organization-syria-crisis-east-ghouta-update-21-march-2018 This is just the latest episode in a campaign adopted by the Syrian government and its allies to use healthcare as a weapon of war, in total disregard of international humanitarian law.[3]Fouad FM, Sparrow A, Tarakji A, et al. Health workers and the weaponisation of health care in Syria: a preliminary inquiry for the Lancet-American University of Beirut Commission on Syria. Lancet2017;390:2516–26. doi:10.1016/S0140-6736(17)30741-9 pmid:28314568

The apathy of world leaders and failure of the international system to halt attacks on civilians further deepens the humanitarian crisis in Eastern Ghouta. Healthcare continues to deteriorate dramatically, and those who are internally displaced have little or no access to shelter, safe water, or waste management.[4]World Health Organization. Syria crisis: East Ghouta update, 21 March 2018. 2018. https://reliefweb.int/report/syrian-arab-republic/world-health-organization-syria-crisis-east-ghouta-update-21-march-2018.

Doctors and health professionals warn that the healthcare system is “near collapse” in Eastern Ghouta and will cease to exist under the current circumstances. In February 2018 alone, there were 43 incidents in which the healthcare system was targeted in Syria, 28 of these incidents happened in Eastern Ghouta.[10]World Health Organization. Monitoring violence against healthcare: February 2018 summary report. 8 March 2018. https://reliefweb.int/report/syrian-arab-republic/monitoring-violence-against-health-care-february-2018-summary-report. These led to the destruction of 22 hospitals in just one week in February,[11]Chulov M. Medical crisis in east Ghouta as hospitals “systematically targeted.” Guardian 2018. www.theguardian.com/world/2018/feb/22/eastern-ghouta-medical-crisis-as-hospitals-systematically-targeted. with 19 out of a total of 20 facilities supported by Médecins Sans Frontières in Eastern Ghouta evacuated or destroyed from the start of the escalation to 21 March 2018.1,[12]Frontières MS. Syria: military operations in Eastern Ghouta drastically limit medical aid. 21 March 2018. www.doctorswithoutborders.org/article/syria-military-operations-eastern-ghouta-drastically-limit-medical-aid.

The humanitarian blockade exacerbates the already precarious situation of access to medical assistance for critically ill patients in besieged areas. The few facilities that remain in operation are overwhelmed with the number of casualties from the attacks, in addition to treating existing patients with chronic diseases or previous injuries. According to an aid worker based in Turkey the death toll in Eastern Ghouta “includes patients with chronic diseases who need access to dialysis, wounded civilians without access to immediate care, cancer patients who need ongoing treatment, and diabetes patients without insulin” (personal communication).

The events unfolding in Syria, and particularly Eastern Ghouta, are setting a dangerous precedent in terms of attacks on healthcare and accountability for such attacks. The UN Security Council has failed to protect civilians and aid has been politicised, with the Syrian government restricting the entry of life saving treatments into Syria, and the Russian government vetoing resolutions that could facilitate an end to the attacks.[13]United Nations. Security council demands 30 day cessation of hostilities in Syria to enable humanitarian aid delivery, unanimously adopting resolution 2401 (2018). 24 February 2018. www.un.org/press/en/2018/sc13221.doc.htm.

Failure of the international system

Disruption to healthcare services through violence, including a pattern of attacks on healthcare facilities and the detainment of healthcare providers, has been common throughout the Syrian conflict. Physicians for Human Rights has confirmed a total of 492 attacks on healthcare facilities and 847 deaths among medical personnel from the beginning of the conflict to 2017.[14]Physicians for Human Rights. Issue brief: attacks on health in Syria. PHR 2018. http://physiciansforhumanrights.org/library/statements/issue-brief-attacks-on-health-syria.html. Ongoing violence inside Syria has led to a major exodus of healthcare professionals; a UN official reported in 2016 that nearly 70% of Syria’s medical personnel had left the country, disrupting health access for civilian populations throughout Syria.[15]Dardari A. Syria’s long term humanitarian and development challenges. Middle East Institute 2016. www.youtube.com/watch?v=68GBLTM4KNQ. The “weaponisation of healthcare in Syria,” as termed by the Lancet Commission on Syria, describes the use of these tactics, which intentionally depletes civilians of accessible and functioning health facilities and specialists.[16]Fouad FM, Sparrow A, Tarakji A, et al. Health workers and the weaponisation of health care in Syria: a preliminary inquiry for the Lancet-American University of Beirut Commission on Syria. Lancet2017;390:2516–26. doi:10.1016/S0140-6736(17)30741-9 pmid:28314568

The onslaught on Eastern Ghouta and throughout opposition controlled Syrian territories includes the use of internationally forbidden chemical weapons to terrorise and overwhelm civilians and healthcare providers. In 2013, a sarin gas attack by the Syrian government on the population of Eastern Ghouta resulted in 1429 deaths, including 426 children.[17]Government assessment of the Syrian government’s use of chemical weapons on August 21, 2013. 30 August 2013. https://obamawhitehouse.archives.gov/the-press-office/2013/08/30/government-assessment-syrian-government-s-use-chemical-weapons-august-21 This incident led to international outcry and a plan to dispose of all chemical weapons stockpiles in Syria, especially after a condemning UN report confirmed the government’s responsibility for the attack.4 However, there is strong evidence that chemical attacks have continued.[18]Shaheen K. Syria aid deliveries halted amid reports of chemical attacks. Guardian. 8 March 2018. www.theguardian.com/world/2018/mar/08/ghouta-syria-aid-convoy-postponed-chemical-attack.

Need for a new system to protect civilians

The health catastrophe in Eastern Ghouta further highlights the repeated failure of the international community to protect civilians in the Syrian conflict, and of the UN to enforce resolutions to prevent further targeting of civilians. In the face of the acute humanitarian crisis and war crimes being committed in Eastern Ghouta, and elsewhere in Syria,[19]Amnesty International. Syria: “flagrant war crimes” being committed in Eastern Ghouta. 20 February 2018. www.amnesty.org.uk/press-releases/syria-flagrant-war-crimes-being-committed-eastern-ghouta. health professionals globally have a responsibility to advocate strongly for, firstly, the cessation of attacks on healthcare facilities, personnel, and civilians; secondly, the unobstructed delivery of medical and humanitarian aid to civilians; and thirdly, the evacuation of the most critically unwell patients, and granting those civilians wishing to flee Eastern Ghouta safe passage. The plight of civilians in Eastern Ghouta is a clarion call to all parties involved in the conflict to uphold international humanitarian law. It is also a call for a restructuring of the UN Security Council, to enable it to intervene effectively for peace and hold those responsible for war crimes accountable. Otherwise, the tragedy we are witnessing in Eastern Ghouta may become the norm rather than the exception in conflicts worldwide.

Competing interests: The authors have read and understood BMJ policy on declaration of interests and have no relevant interests to declare.