The fall of Aleppo 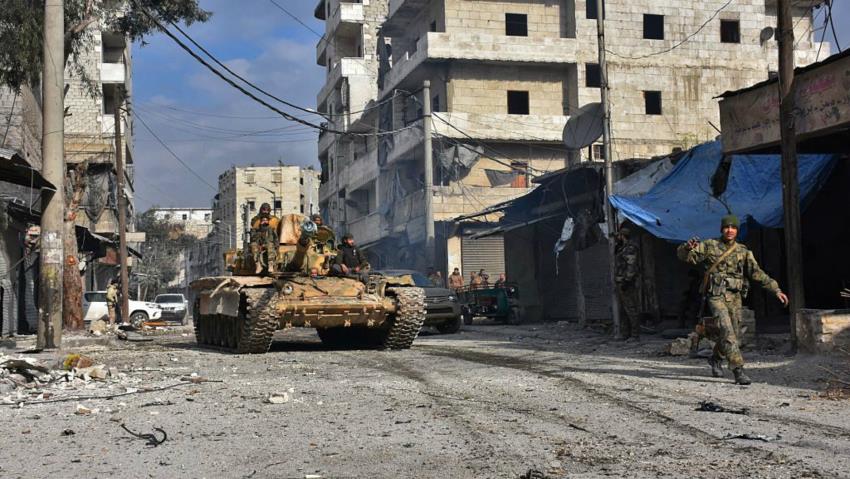 The fall of Aleppo to pro-Assad militias is a catastrophic blow to the revolutionary forces in Syria. Of this there is no doubt.

Even amidst the chaos unleashed by Assad upon all areas of Syria held by the revolutionaries, Free Aleppo tasted liberty in ways that would’ve been unthinkable in Baathist Syria, with the spontaneous, diverse development of forms of free organisation. And this is what the Syrian revolution was all about.

Free Aleppo was a beacon for the civil and humanitarian core of Syria’s democratic revolution – it was run by democratically elected councils and it was home to a growing independent civil society, including over 28 free media outlets, numerous educational services and humanitarian organisations.

While much emphasis has been put on the strategic significance of pro-regime forces recapturing Aleppo, the ideological significance is rarely mentioned.

The social relations of liberation in Aleppo, the freedom of speech, the freedom of organising and the growing forms of self-determination through democracy and free expression, were the antithesis of life under Assad’s brutal, authoritarian dynasty.

Aleppo was a thorn in Assad’s side because it proved to the rest of Syria that Syrians didn’t need him and his regime.

The fact that it has taken not just one but several mass mobilisations of Russian and Iranian imperialism to finally begin to crush Free Aleppo ought to be the greatest testament to just how precious freedom was to the people, whether the defiant civilian who would not be cleansed, or the local fighter who would not abandon not just his post but his community.

But while imperialists and fascists in might physically conquer and crush such freedom and its organs in that city, one ought to remember that the revolution clings on precariously to life in other parts of Syria.