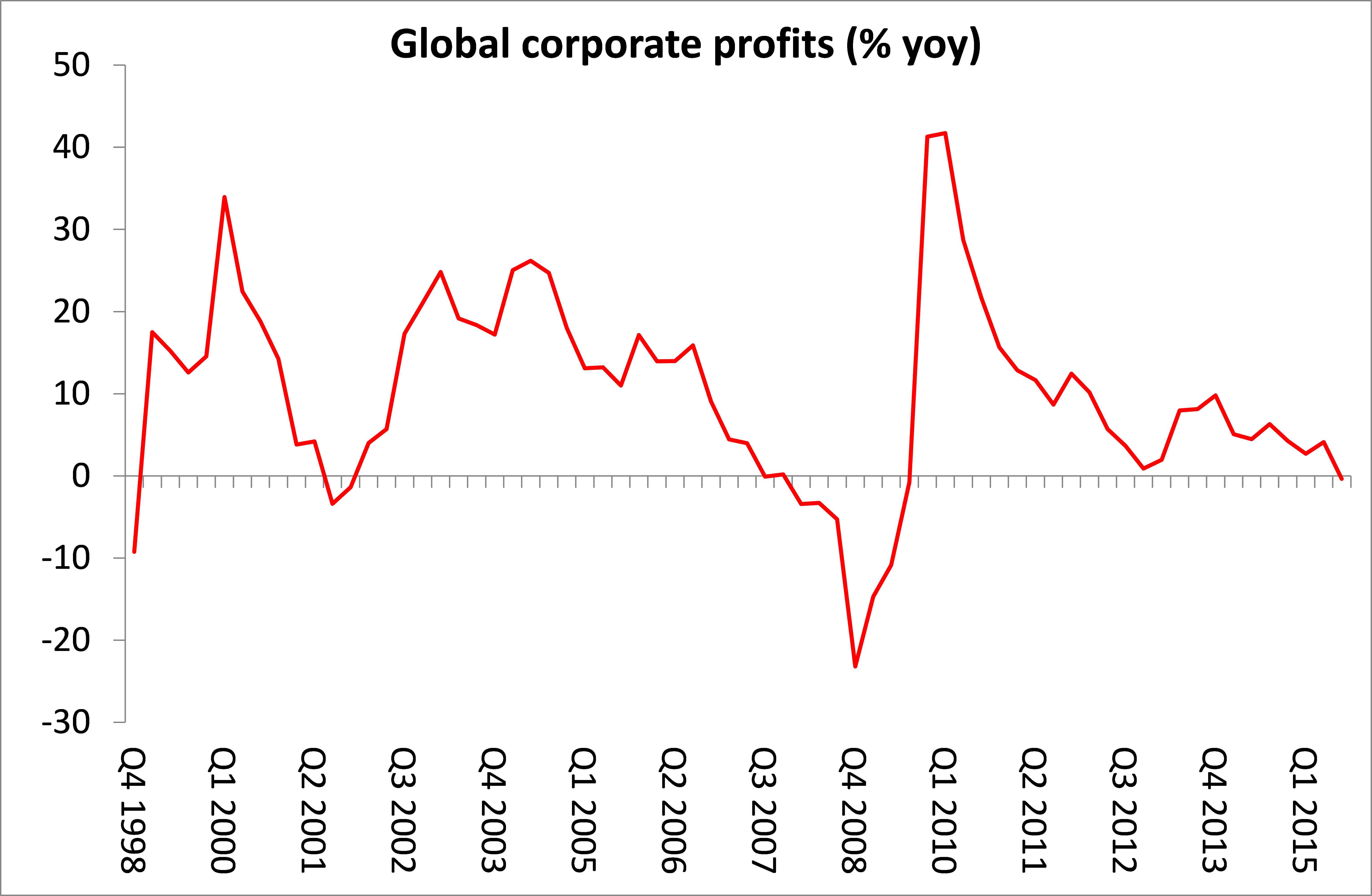 The legacy of the global financial crash and the Great Recession has left a huge mound of debt globally that weighs down the world capitalist economy.  This debt is a major factor, along with the low level of profitability of capital in the major economies and is generating what I call the Long Depression since 2009.  Global growth has been well below pre-crisis trends and world trade growth has ground to a halt.

If companies face low profitability on their investment and still have high debts to repay or service, they will be reluctant to invest more.  If governments are burdened with high debts as a result of bailing out the banks and because unemployment and social security benefits stay high, then governments cut public investment.  If households are still burdened with large mortgages, they won’t spend more, but save.  All this adds up to weak investment and low wage and employment growth.

The only saving grace is that central banks have driven global interest rates down towards zero (or even negative), so that servicing debt is cheap and cheap credit can be used by corporations to buy back shares, pay out dividends and speculate in bond and stock markets; for governments to service their bonds and borrow more; and for households to pay their mortgages and run up credit card debt.

But the global debt hangover has not gone away and if interest rates should start to rise or if economies should drop into recession or deflation, this debt burden could turn into a spiral of collapse.

That is what is worrying the international economic agencies like the IMF or the Bank for International Settlements (BIS).  The IMF has just reported that global debt is at a record high.  Excluding the banking sector, non-financial sector (corporations, households and governments) debt has more than doubled since the turn of the century, reaching $152 trillion last year, and it’s still rising.  If you include the banking sector, McKinsey finds that the total debt reaches $200 trillion.