The Likud Conspiracy: Israel in the throes of a major political crisis 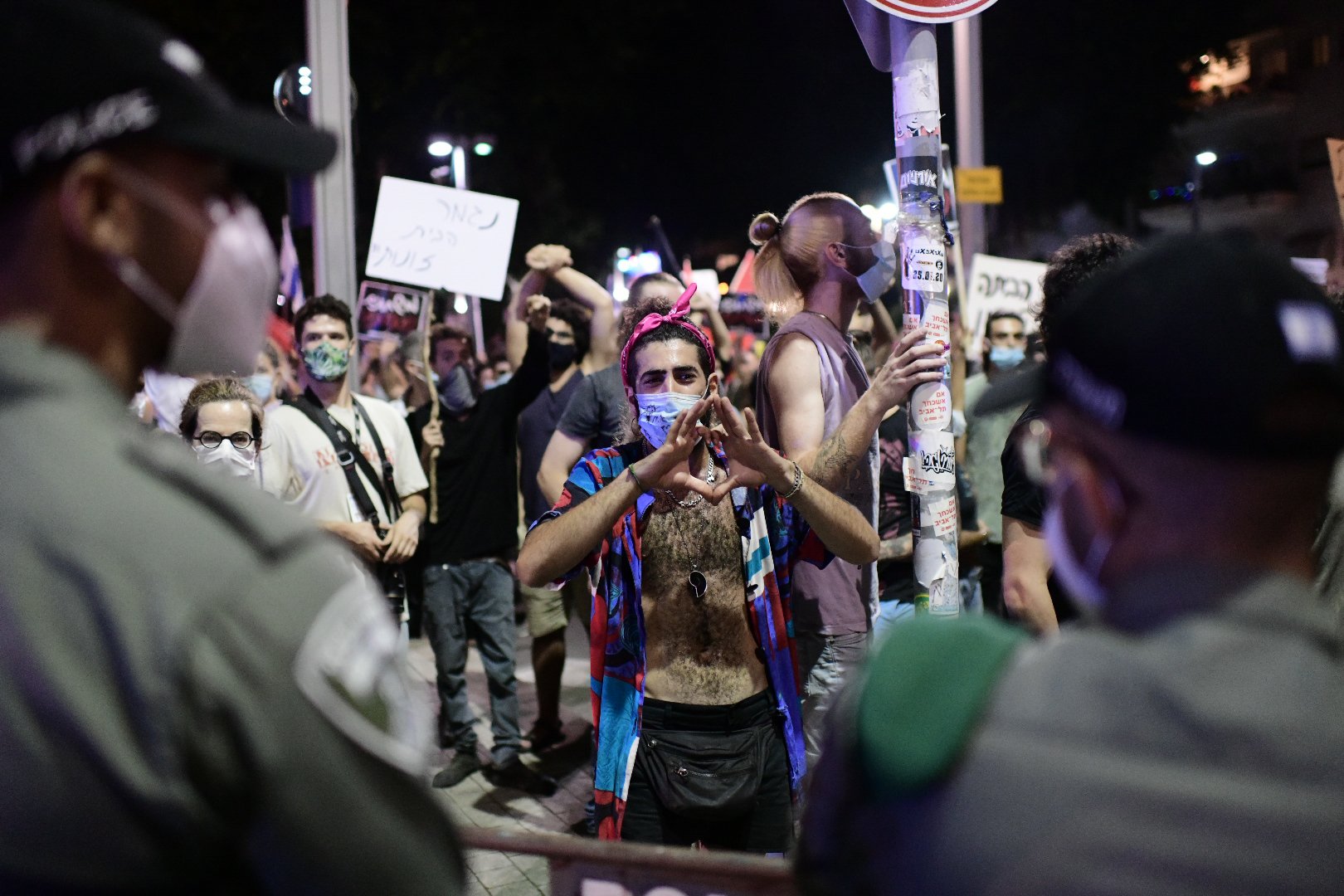 Protests against Israeli Prime Minister, Benjamin Netanyahu, have raged on for weeks, turning violent sometimes. Israelis are furious at their government’s mediocre response to the coronavirus pandemic, especially as COVID-19 disease is experiencing a massive surge throughout the country.

Netanyahu warned protesters, thousands of whom have been rallying outside his residence in Jerusalem, against “anarchy (and) violence”. Scenes of utter chaos and violent arrests have been a daily occurrence in a country that is already in the throes of a political crisis, largely, if not exclusively, linked to the Prime Minister himself.

Desperate to create any distractions from his many woes at home, Netanyahu has been pushing for a confrontation with the Lebanese resistance group, Hezbollah. But that, too, has failed, as Israeli media has denied earlier claims that a violent confrontation was reported at the Israel/Lebanon border.

Hezbollah insists that it would be the group, not Netanyahu, that will determine the time and place for its response to Israel’s recent killing of Hezbollah’s influential member, Ali Kamel Mohsen.

Mohsen was killed in an Israeli aerial raid targeting the vicinity of the Damascus International Airport, likely another desperate attempt by Netanyahu to deflect attention from his troubled coalition government and his corruption trial to an issue that often unifies most Israelis.

The turmoil in Israel is not just about an obstinate, divisive leader who is manipulating public opinion, the media and the various political groups to remain in power and to avoid legal accountability for his corruption.

Israel is suffering a crisis of political legitimacy, one that goes beyond the embattled Netanyahu, and his coalition with the head of the Kahol Lavan (Blue and White) centrist party, Benny Gantz.

The political marriage between Netanyahu’s Likud and Gantz’s Kahol Lavan last April was fundamentally odd and unexpected. The announcement that Gantz – who endured three general elections in less than a year to finally oust Netanyahu – was uniting with his archenemy has devastated the anti-Netanyahu political camp, forcing Gantz’s partners, Yair Lapid and Moshe Ya’alon, to abandon him.

But the new coalition government between the right and center became dysfunctional immediately after it was formed. Israel’s political marriage of convenience is likely to end in an ugly divorce.

The war between Netanyahu and his main coalition partner is now manifest in every aspect of Israel’s political life:  in the Knesset (parliament), in media headlines and on the streets.

When the new government assumed its duties after one of the most tumultuous years in Israel’s political history, the mood, at least immediately, was somewhat calm; both Netanyahu and Gantz seemed united in their desire to illegally annex nearly a third of the occupied Palestinian West Bank. Israel’s rightwing camp was delighted; the center tagged along.

However, the international response to the annexation scheme forced Netanyahu to rethink his July 1 deadline. Now that annexation has been postponed indefinitely, Netanyahu is being denied a major political card that could have helped him replenish his fading popularity among Israelis, at a time when he desperately needs it.

On July 19, Netanyahu’s corruption trial resumed. Although the Prime Minister did not attend the opening session personally, his image – that of a strong commanding figure – was tarnished, nonetheless.

Gantz, who already agreed to the annexation plan, was too clever to fully associate himself with the risky political endeavor. That task was left to Netanyahu who knew the risks affiliated with a failed political scheme, but with no option except to follow through with it.

Awaiting the right opportunity to pounce on his beleaguered ‘partner’, Gantz found his chance in a report published by the Israeli daily newspaper, Haaretz.

On July 22, Haaretz reported that, “Netanyahu decided to not pass the budget for 2020 and to call a general election to take place on November 18,” to avoid the possibility of being forced to “handing over the keys to Defense Minister and Kahol Lavan Chairman, Benny Gantz” so that he, Netanyahu, may “attend legal proceedings” related to his corruption trial.

According to this claim, Netanyahu only agreed to swap the Prime Minister seat with Gantz come November 2021 just to buy time and to avoid a fourth election that would leave him vulnerable to an electoral defeat and to a corruption trial without a political safety net.

Hence, the Likud is insisting that the budget agreement can only last for one year, while Kahol Lavan is adamant that it must cover a period of two years. The Likud conspiracy, as revealed in Israeli media, suggests that the Likud Finance Minister, Israel Katz, plans to use the next budget negotiations as the reason to dismantle the right-center coalition and demand another election, thus denying Gantz his chance to serve his term as a prime minister, per the unity government agreement.

Crisis of a Fake Democracy

However, the crisis is larger than the dispute between Netanyahu and Gantz. While Israel has long prided itself on being “the only democracy in the Middle East”, the truth is that Israeli ‘democracy’ was, from the start, fraudulent, in that it catered to Israeli Jews and discriminated against everyone else.

In recent years, however, institutionalized racism and apartheid in Israel were no longer masked by clever political discourses.  Netanyahu, in particular, has led the charge of making Israel the right-wing, chauvinistic, racist haven that it is today.

The fact that Netanyahu recently became Israel’s longest-serving Prime Minister, elected repeatedly by Israel’s Jewish citizens, indicates that the Israeli leader is but a reflection of the larger ailments that have afflicted Israeli society as a whole.

Reducing the discussion to Netanyahu’s many failures might be convenient, but the demonstrable truth is that corrupt leaders can only exist in corrupt and unhealthy political systems. Israel is now the perfect example of that truism.

Feature image: Israelis wearing protective face masks due to the COVID-19 coronavirus pandemic, take part in a demonstration on July 18, 2020, in the Israeli coastal city of Tel Aviv to protest against the Israeli government and Prime Minister Benjamin Netanyahu for the broken promises made by the Israeli government during the Covid-19 pandemic. Photo by: Tomer Neuberg-JINIPIX