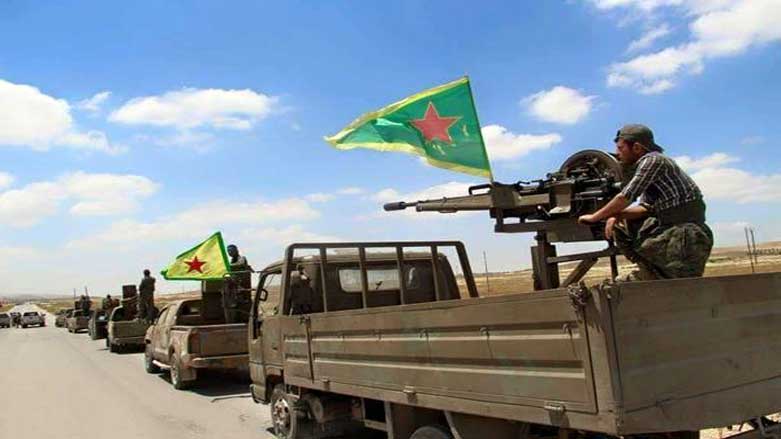 Syria cannot countenance Kurdish presence on its territory and Turkey cannot tolerate a Kurdish enclave along its southern border, however secular, liberal and socialist it claims (not without reason) to be.

Colonel Thomas Veale has had the unenviable task of announcing the first official Western attempt to partition Syria on ethnic-sectarian lines. Whether or not he realises the implications of his extraordinary statement a few days ago, Colonel Veale – a Kansas University and US Military Academy graduate who rejoices in the title of “Public Affairs Director at Combined Joint Task Force, Operation Inherent Resolve” – was quite open about the creation of another new and largely Kurdish force which will, in theory, control tens of thousands of square kilometres of Syria. Arab members of the same 30,000-strong “Border Security Force” will man checkpoints further south along the Euphrates river valley.

To quote the good colonel, “recruiting is done in such a manner as to build a force reflecting the populations they serve; both in gender and ethnicity”. And there you have it. The Kurds will look after the Kurds, the Arabs (largely Sunnis, though there aren’t many of them) will run the non-Kurdish bits of this new enclave which will, in the north, run right along the Turkish border – an invitation to further civil war, if ever there was one.

For an indication of just how equivocal this US decision is, we only have to witness the unprecedented if brief alliance it has created between the Syrian regime – anxious to regain every square foot of the nation which was under attack by Isis, al-Qaeda and various Western and US-armed military outfits for the past seven years – and Turkey, which has over exactly the same period been trying to overthrow Syrian President Bashar al-Assad. Recep Tayip Erdogan has promised to “suffocate” this latest American proxy “terror army”, regarding it as a Kurdish force effectively controlled by the “terrorist” Kurdish Workers Party, the PKK. Assad’s government called the enlistment of the new militia a “blatant assault” on Syria’s sovereignty. Russia warned of partition.

Unfortunately for Colonel Veale, Turkey is right to suspect that the PKK controls local Kurdish fighters, Assad is correct in identifying the “Border Security Force” as an attack on Syria’s sovereignty – whoever rules the state itself – and Russia, no stranger to the partition of the Ukraine, knows how to recognise similar US skulduggery. Its origins go back to the start of the war, when the local Kurdish “People’s Protection Units” (YPG) were encouraged by the authorities in Damascus to oppose Isis, al-Qaeda (later Nusrah) and other jihadi groups who were trying to seize the Syrian state. The Syrian army handed the YPG thousands of weapons to defend themselves. In the early days, Assad himself even praised the Kurds for resisting the “terrorist” forces of Isis and al-Qaeda

Just over three years ago, I spent a week talking to both Syrian troops on the Turkish border at Qamishli and their Kurdish “allies” – as they were supposed to be – further east. The Kurds, as always, expressed their desire for a “federal” enclave in the north and swore to me that they would never forget the tortures they had suffered at the hands of the Syrian regime. The Syrian military insisted that they would “never, ever” cede the territory to the Kurds. But then came the American decision to destroy Isis, the siege of Mosul in Iraq and, inside Syria, the assault on the Isis bastion of Raqqa.

Washington then created its first anti-Isis and anti-Assad militia, which it called the “Syrian Defence Forces”. Like all such groupuscules, it was neither ethnically “Syrian” – since it was largely Kurdish – and it wasn’t interested in “defending” Syria as a state. And without US air cover, it had no “force” whatsoever. Within hours, the acronym “SDF” appeared, and the media swiftly stopped putting quotation marks around it, thus awarding it a spurious legality. It speedily morphed into “the US-supported SDF”, bravely fought its way south, and finally took Raqqa, a major Syrian city, last October.

Trump is helping to make the Middle East a crueller place

But the Syrian government army was only 12 miles on the other side of Raqqa and had already set up a coordination centre in a mud-walled village close to the Euphrates in which Syrian army officers, Kurdish fighters armed by the Americans and a Russian air force colonel regularly gathered. I met them – all together – at their headquarters just before the recapture of Raqqa. The Syrian authorities were already re-installing a (pro-Assad) local government for Raqqa in fields west of the city, supposedly arranging for the return of electricity from the Syrian grid, pensions for the elderly and the repair of sewage and other facilities. In other words, Syria would maintain its sovereignty over Raqqa, however many American-armed Kurds occupied its streets.

The region is, of course, inhabited by others; by Sunni Muslims, Circassian Christians and Armenians, by Turkmen and even Chechens. Hence Colonel Veale’s promise to make sure that future control of the area would be along ethnic – ie sectarian – lines. The “Syrian Democratic Forces”, however, had clearly outlived their usefulness. Having played the role of America’s foot soldiers, they had to be reincarnated with another dubious title, this time the “Border Security Force” – soon, no doubt, to be awarded the usual media accolade of an acronym without quotation marks – which would hold bits of Syria far away from the border with Turkey, which cannot (and will not) ensure Turkey’s “security”, and which will, like its old namesake the “SDF”, be totally reliant for its “force” on US weapons, arms supplies, hardware, air cover and, if necessary, air strikes.

Be sure, as usual, that the Kurds will be betrayed. The new “force” will exist just so long as the Americans think it necessary; after which it will be left to the mercy of the Syrians and Turks who both regard it as a threat to their hegemony. Both Erdogan and Assad have long ago regarded any enemy of their states as “terrorists” – a dangerous word whose etymology goes back to Tsarist Russia and World War Two but whose ascendance needed the Americans and the world’s reporters to crown – and the Kurds, until they come to heal, will be treated as that by Ankara and Damascus. Syria cannot countenance a Kurdish mini-state on its territory and Turkey cannot tolerate a Kurdish mini-state along its southern border, however secular, liberal and socialist it claims (not without reason) to be.

Of course, the “BDF” still has only – wait for it – 230 militiamen under arms and in training; the other 29,770 will follow later, if Colonel Veale is to be believed. And while these warriors are preparing to transfer their allegiance from one pro-American armed group to another, Messers Erdogan and Assad – along with Mr Putin – will have a mutual interest to discuss: the destruction of US political ambitions in Syria.