The Wounds of War 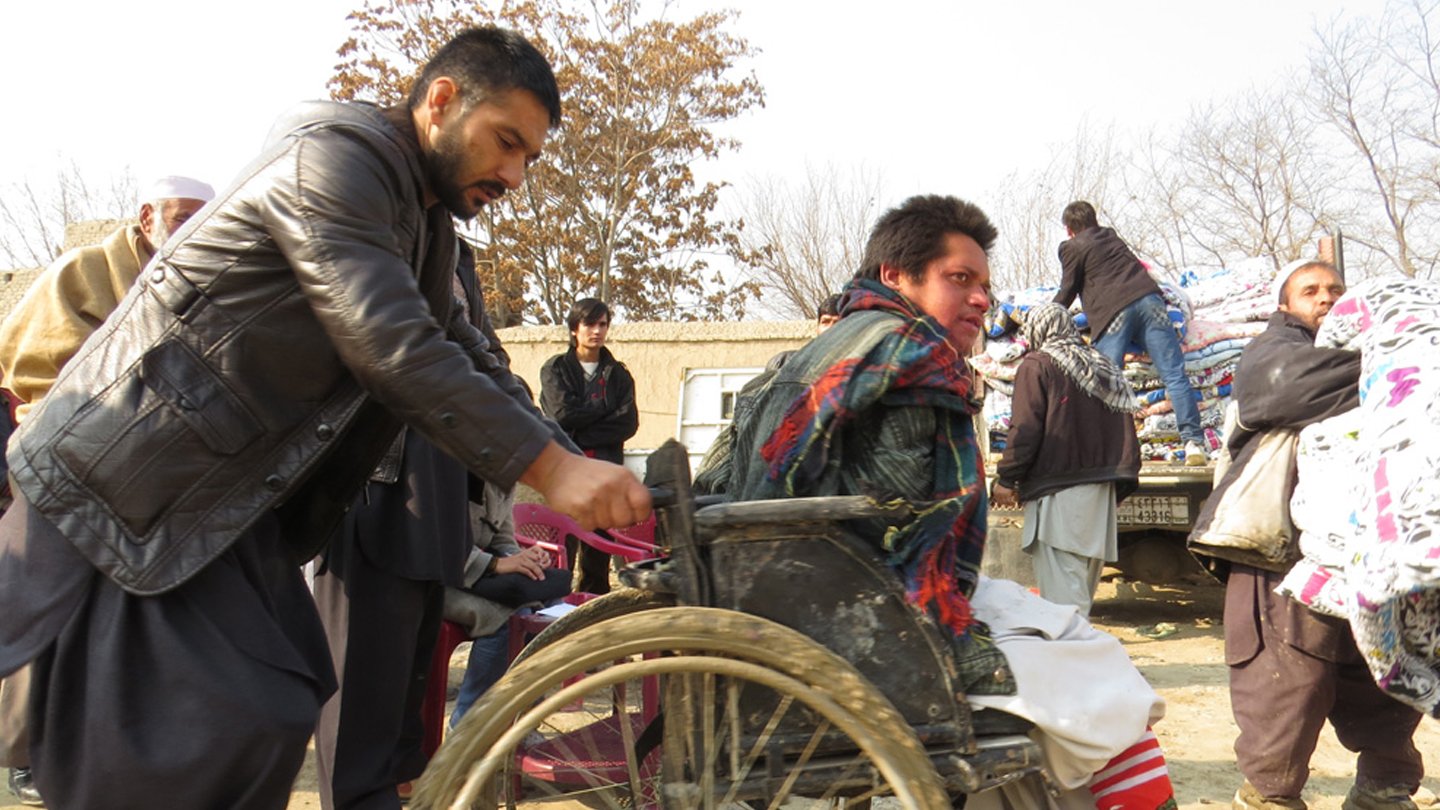 Its economy gutted by war, Afghanistan’s largest cash crop remains opium. Yet farmers there do grow other crops for export. Villagers in the Wazir Tangi area of Nangarhar province, for example, cultivate pine nuts. As a precaution, this year at harvest time, village elders notified the governor of the province that they would be bringing in migrant workers to help them collect the nuts. Hired laborers, including children, would camp out in the pine nut forests, they informed the officials. They hoped their letter could persuade U.S. and ISIS forces, which had been fighting in or near their villages, not to attack.

On September 17, 2019, exhausted from a long day of work, the migrant workers reached their rest spot for the night, and began building fires and making camp. In the early hours of the following morning, a U.S. drone attacked, killing at least thirty-two people. More than forty others were wounded. The U.S. military claims that ISIS fighters were hiding among the farmers who were killed.

I followed this story while recuperating from surgery after breaking my hip on a train from Chicago to Washington, D.C. Before the train even reached the first stop out of Chicago, kindly emergency services workers had bundled me off to the Memorial South Bend hospital. I was well cared for, and now a physical therapist is already helping me with movement and exercise.

I read about the laborers who survived the attack on the pine nut forest. According to Haidar Khan, the owner of the pine nut trees, about 150 workers were there for harvesting, and some are still missing. One survivor described people asleep in tents pitched near the farm when the attack happened. “Some of us managed to escape, some were injured but many were killed,” said Juma Gul, a resident of northeastern Kunar province and one of the migrant workers who had travelled to harvest and shell pine nuts.

I can’t help but wonder: Where are the missing? What care was available for wounded survivors? How many were children? Did a nearby facility offer X-rays, surgery, medications, clean bandages, prostheses, walkers, crutches, nourishing food and physical therapy?

I remember on visits to Afghanistan watching disabled victims of war in the capital city of Kabul as they struggled along unpaved roads, using battered crutches or primitive prostheses. They were coming to collect free duvets being distributed to people who otherwise might not survive the harsh winter weather. Their bodies so clearly bore the brunt of war.

In Kabul, earlier this month, my twenty-one-year-old friend Muhammad Ali reminded me of the importance of asking questions. Wanting me and others to understand more about the impact of war on his generation, he prodded: “Kathy, do you know about Jehanzib, Saboor, Qadeer, and Abdul, these brothers who were killed in Jalalabad?”

The brothers, ranging from twenty-four to thirty years of age, were killed by an Afghan “strike force” trained by the CIA, according to the news. In Jalalabad, two of them worked for the government and two ran their own businesses. The squad that entered their homes beat them severely and then killed them.

“They were kind and humble people, anyone who knew them loved the boys.”

Family and friends felt sure the brothers had no links to militias.  “They were kind and humble people, anyone who knew them loved the boys,” Naqeeb Sakhizada, who owns a shop in the area and knew the brothers for more than ten years, told Al Jazeera.“They cared for people and also had a good sense of humor.”

In her WWI memoir, Testament of Youth, Vera Brittain wrote about volunteering as a nurse toward the end of WWI. Her clinic, in France, received European soldiers from the western front who arrived mutilated, maimed, exhausted and traumatized. One day, she thought she must be imagining the line of soldiers who marched past the clinic tents looking robust, upright and well fed. Then she realized they were from the United States.

New recruits come, and the war machine grinds on.

Looking forward, perhaps we won’t see so many lines of U.S. soldiers marching through villages and cities in Afghanistan. A soldier operating a drone can continue the United States mission from afar.

We must still bear in mind Vera Brittain’s pertinent comments about the realities of war:

“I have only one wish in life now and that is for the ending of the War. I wonder how much really all you have seen and done has changed you. Personally, after seeing some of the dreadful things I have to see here, I feel I shall never be the same person again, and wonder if, when the War does end, I shall have forgotten how to laugh. The other day I did involuntarily laugh at something and it felt quite strange. Some of the things in our ward are so horrible . . . one day last week I came away from a really terrible amputation dressing I had been assisting at—it was the first after the operation—with my hands covered with blood and my mind full of a passionate fury at the wickedness of war, and I wished I had never been born.”

I look forward to going on with my life, once I recover from this broken hip. I can only imagine Vera Brittain’s overwhelming ordeal. And I can only imagine the trauma of a child laborer awakened by an aerial attack in a pine nut forest, racing through the trees in hopes of escape, and perhaps surviving in great pain without a limb, or missing a brother, or wishing he had never been born.

Featured image: People disabled by war are a common site in Kabul. Here a man arrives in a wheelchair to receive duvets given out to help families survive the cold winter.