Trump Administration declares US an Occupying Power in Iraq 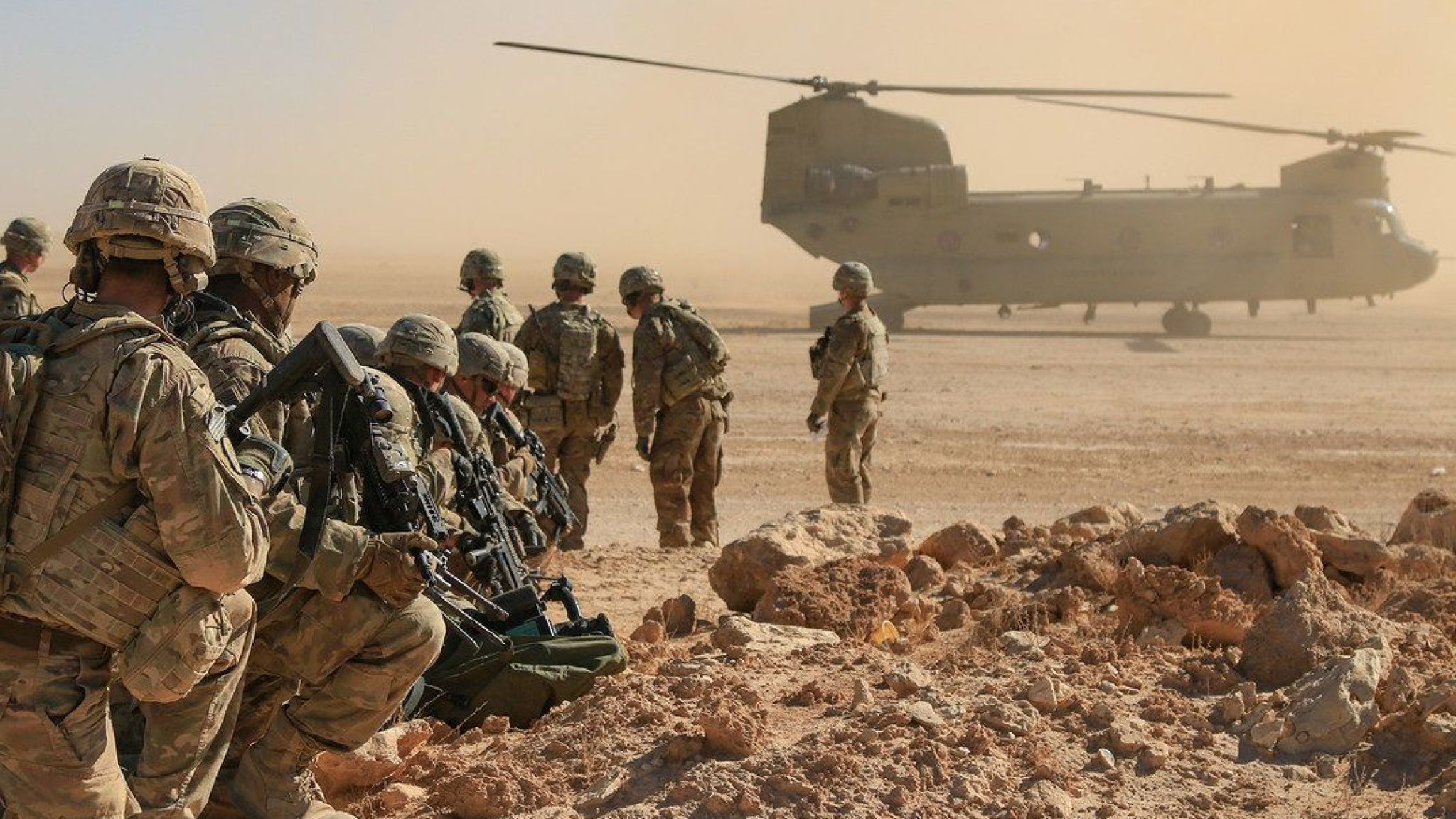 The Iraqi prime minister Adil Abdulmahdi late last week requested a meeting with the US government to plan out the departure of US troops, which has been mandated by the Iraqi parliament (it was a firm order, not “advisory”– see below). Abdulmahdi asked the US to sent two delegates to Baghdad to discuss concrete details of the withdrawal. The Iraqi communique said, “There are American forces entering Iraq and American flying in Iraqi air space without permission from the Iraqi government, which violates the implementing agreement.”

On Friday Morgan Ortagus, a spokesman for the State Department, issued a statement in response, saying,

Also on Friday, secretary of state Mike Pompeo held a press briefing in which he was asked if the US was preparing to leave.

In other words, the United States military in Iraq is not there by a bilateral agreement, since the Iraqi parliament has abrogated the agreement signed by then foreign minister Ibrahim Jaafari in 2014 admitting US troops to Iraq to fight ISIL and to retrain the Iraqi army. Parliament legislated a US departure on the grounds that the Hellfire strike on members of the Iraqi military command a week and a half ago violated the agreement.

Rather, Pompeo and the State Department are insisting that US troops will remain in Iraq regardless of what the Iraqi government wants.

There is only one word for this position: The US presence is now a de facto military occupation.

My own guess is that Trump and Pompeo know very well that the US now has to leave Iraq. But they don’t want a summary expulsion of US troops because that would be bad publicity in the midst of Trump’s impeachment trial and before his Feb. 4 State of the Union address.

I suspect after the GOP Senate acquits Trump and after the State of the Union, in chilly February when not as many people are paying attention, Trump may well announce as though on his own initiative that he is pulling troops out of Iraq.

US troops cannot operate in Iraq without a legal framework from the Iraqi government. If any of them was involved in a military operation that resulted in, say, civilian deaths, those soldiers or Marines could be arrested by Iraqi police and tried before an Iraqi judge for manslaughter or even murder. They might even face legal jeopardy on their return to the United States, as happened with the Blackwater mercenaries who killed Iraqis in the Bush era.

The US military in Iraq has ceased its two missions, of training Iraqi troops (who are mostly Shiite and who are really angry with the US military right now, and might frag them), and of fighting ISIL (because they can hardly go into the field against the enemy if it is no longer clear who exactly the enemy might be).

It is not clear under what circumstances those two missions could possibly be started back up given the parliamentary vote. Canada, Germany, Croatia and Slovakia among coalition partners in the fight against ISIL have already withdrawn. Britain has requested permission to stay (i.e., London seeks a separate deal with Baghdad in case US troops really are expelled).

Some Shiite militia leaders are talking about bringing in Russia or China to replace the US.

The press keeps reporting that last Sunday’s parliamentary vote demanding that the Iraqi government make the arrangements to expel US troops was “advisory.” It was not, and I don’t know why they keep saying that, except that US secretary of state Mike Pompeo characterized it for them and they fell for it. It is true that parliament needs the executive to actually do the expelling, but that is just the separation of powers. But the legislation that was passed specifically says that the government of Iraq is obliged to end the US troop presence. That is not advisory.

The legislation was asked for by prime minister Adil Abdulmahdi himself. Parliament then duly passed it with a clear majority. Abdulmahdi gave parliament two choices: 1) to demand that the Iraqi government set a schedule for a gradual withdrawal of US troops, or 2) to demand that the Iraqi government immediately expel the US troops. Abdulmahdi expressed a preference for option #2. (That is why you should not believe the alleged leaks that he is ambivalent on the matter. We know exactly what he thinks). He referred to those killed by Trump as “martyrs” of the Iraqi nation, and to Trump’s action as “a sinful act of enmity.”

It can’t be argued that it was only radical forces that voted for the measure. The vote was 170 to zero. All the Shiites in parliament were present. Any of them could have prevented the vote by not showing up and denying the government a quorum of 168, and the US embassy worked its contacts to try to get them to do that. They came for the vote anyway, and made sure it could proceed. The Kurds and most of the Sunnis did stay away because they’re ambivalent about the US leaving them alone with the Shiites and Iran. But no Shiite MPs were ambivalent in the least.

The Shiite militia faction grouped in the al-Fath coalition has 48 seats in the 329-seat parliament. These were the colleagues of Abu Mahdi al-Muhandis, whom Trump blew away. The anti-American clerical leader Muqtada al-Sadr heads a political bloc called Sairun that has 54 seats.

At least 165 seats are needed for a majority vote. It wouldn’t have been possible for Abdulmahdi to get a firm majority of 170 without the Shiite parties that in the past had cooperated with the U.S. That is, the splinters of the Da’wa, the Islamic Supreme Council of Iraq, etc. joined in. This wasn’t a vote of radicals, it was the whole Shiite political establishment.

Abdulmahdi has demanded the US departure several times this week. He is not posturing. He says he invited Soleimani to Baghdad for back channel Saudi-Iran negotiations and then Trump blew Soleimani away. The US action painted a target on Abdulmahdi since Iran and Iraqi militias might reasonably conclude that Abdulmahdi set the general up.

U.S. Marine Corps Gen. William Seely sent a letter to Abdulmahdi advising him that there would be some troop movements out of Baghdad, that some US forces would be sent to Kuwait while others would be distributed out of the capital to other bases. The letter said that these movements were in preparation for a US departure in light of the parliamentary vote (CENTCOM knows that the vote was not advisory). The Iraqi government wanted an Arabic version of the letter, and went back and forth with the Iraq command of the US on its wording. Abdulmahdi publicly stated that he accepted the letter as a signal of US intent to leave.

Chairman of the Joint Chiefs of Staff Milley later tried to take it all back, likely under pressure from Trump, saying it was a “mistake.” You don’t translate a mistake into Arabic and haggle over the language.

This outcome indicates that Abdulmahdi’s successor will also press for US withdrawal.

If the US tries to stay beyond its welcome, there will be trouble. The Shiite militias are giving the PM a respite to see if he can do it politically. But al-Muhandis was their leader and they will not let this pass.