Trump and the Middle East: a Long Record of Personal Failure 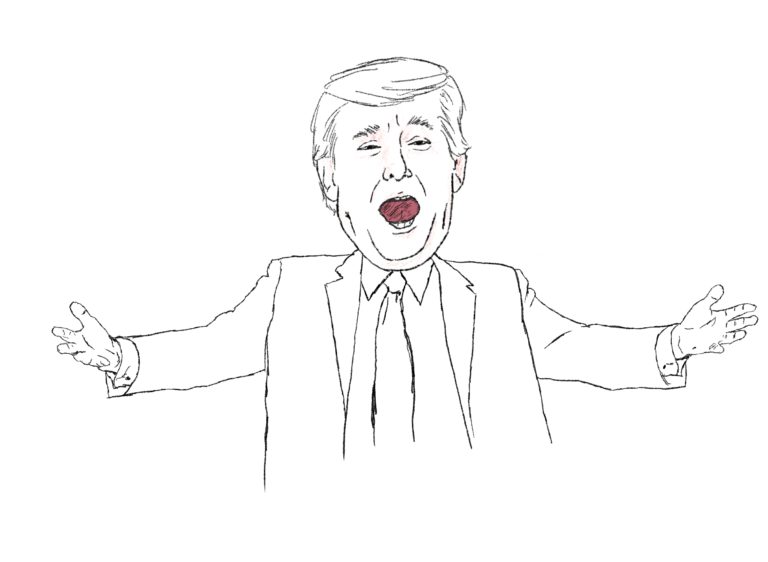 Many American presidents have blundered in the Middle East and the Persian Gulf, but Donald Trump’s personal involvement in the region has been particularly disastrous.  President Eisenhower introduced the CIA to the world of covert action, when he ordered the overthrow of the legitimate government of Iran in 1953.  President Reagan endorsed a U.S. troop presence in Lebanon in 1982 in order to pull Israeli chestnuts out of the fire there due to their war crimes in Beirut, offering proof to the Arab nations of Washington’s one-sided support for Israel.  President George H.W. Bush went ahead with Desert Storm in 1991 although Soviet President Gorbachev had gained a commitment from Saddam Hussein to withdraw his forces from Kuwait.  Worst of all, President George W. Bush used phony intelligence to justify an invasion of Iraq in 2003 that has created sixteen years of disarray throughout the region.

But Trump has made numerous decisions that have compromised U.S. interests in the Middle East and the Persian Gulf.  In doing so, he rarely consulted any members of his national security team or offered any explanation for his policies.  The past two years have produced a random pattern of actions that have unnecessarily rewarded the bellicose behavior of Israel and Saudi Arabia; decertified a seminal arms control treaty with Iran and then threatened war with Iran; prolonged an unwinnable military engagement in Afghanistan; and worsened an intense multi-national struggle among non-Arabs in Syria.  Trump now heads a long list of American presidents who believed that U.S. problems in the region were susceptible to a military solution.

Trump is the first president since the Six-Day War to have no interest in promoting peacemaking between the Arab nations and Israel and particularly between Palestinians and Israelis.  Ignoring the advice of an early national security team (Secretary of State Tillerson; Secretary of Defense Mattis; and national security adviser McMaster), Trump recognized Jerusalem as the capital of Israel; closed the American consulate in East Jerusalem; stopped aid to the Palestinians; closed the office of the Palestinian Authority in the United States; recognized the Golan Heights as part of Israel; and seemingly endorsed Israel’s permanent grip on the West Bank. In making one of his bankruptcy lawyers the U.S. ambassador to Israel and assigning the so-called peace process to his inexperienced son-in-law, Trump demonstrated total support for Israel’s authoritarian president, Benjamin Netanyahu, who gave up nothing in return for numerous U.S. political and diplomatic “gifts.”

Trump’s support for Saudi Crown Prince Mohammad bin Salman’s criminal behavior in the Yemeni civil war and MbS’s authorization of the sadistic killing of dissident Saudi journalist Jamal Khashoggi at least drew some opposition from a Republican-led Senate that has largely ignored the president’s aberrant behavior elsewhere.  In December 2018, the Senate unanimously passed a resolution that censored the Saudi killing of Khashoggi, and in April 2019, a bipartisan bill cited the War Powers Act of 1973 to call for an end to U.S. military support for the Saudi air campaign in Yemen.  There have been decades of one-sided U.S. support for Saudi Arabia, but Trump has gone overboard in ignoring the Kingdom’s unconscionable actions.

Trump made an unusual roll of the diplomatic dice in a phone call with Turkish President Recep Tayyip Erdogan in December 2018, when he abruptly offered to withdraw 2,200 U.S. troops from Syria (as well as 7,000 troops from Afghanistan that would halve the U.S. presence there).  This maneuver not only shocked various capitals in Europe as well as in the affected region, but it created great turbulence in Washington where there had been no warning given whatsoever.  Secretary of Defense James Mattis, considered the only adult left in the national security arena, quickly resigned, although Trump told a cabinet meeting two weeks later that he “fired” Mattis.  Brett McGurk, the special presidential envoy to the coalition fighting the Islamic State, also resigned in protest.  Five months later, the U.S. troops remain in place as the new “war cabinet,” led by national security adviser John Bolton and Secretary of State Mike Pompeo simply ignored the presidential directive.

Trump’s proposal to designate the Moslem Brotherhood as a terrorist organization also drew the ire of U.S. allies in the Middle East as well as from his entire national security team.  The Moslem Brotherhood, an Islamist political organization that was founded in 1928, is actively linked to numerous political parties in Moslem states aligned with the United States, including Jordan, Morocco, Indonesia, Kuwait, Tunisia, and Bahrain, the home of a huge American naval base. Turkey and Qatar, also home to U.S. military facilities, have also aligned themselves with the Moslem Brotherhood.  Trump’s branding of the Brotherhood as terrorists, in response to the importuning of authoritarian Egyptian President Abdel Fattah el-Sisi, would create disarray in all of these allied states.  The Moslem Brotherhood has never targeted U.S. interests, and for that reason Middle Eastern experts in the Pentagon, the National Security Council, and the Department of State have argued against Trump’s proposal.

In addition to the personal and political whims of a president who has no experience in the central matters of the Middle East and the Persian Gulf, we are now facing the possibility of a military altercation with Iran.  Trump’s actions over the past year point to the possibility of the use of military force again Iran in the wake of the U.S. decertification of the Iran nuclear accord. The accord had transformed a potentially violent situation in the Persian Gulf into an arena for possible political and diplomatic compromise.

Trump’s war cabinet has openly discussed support for regime change in Iran as well as the use of military force against Iran.  Last week, an unusual meeting of the national security team discussed the Pentagon’s option for deploying 120,000 troops in the Gulf region.  Meanwhile, the intelligence community has no evidence of Iran’s plans to threaten U.S. interests in the greater Middle East, let alone provoke a conflict.  Ever since John Bolton was named national security adviser a year ago, the Trump administration has gone overboard with sanctions and propaganda to provoke the government in Tehran.

Trump’s efforts to reshape U.S. foreign policy over the past two years have compromised most U.S. foreign policies, including those with traditional U.S. allies and alliances supportive of U.S. efforts regarding arms control and disarmament as well as conflict resolution.  Since the revolution in Iran and the Soviet invasion of Afghanistan 40 years ago, moreover, the United States has relied on its military resources to assert influence in the Middle East and the Persian Gulf.  Trump’s discussions of supporting the formation of an “Arab NATO,” and his provocative discussion of a possible military conflict with Iran have isolated the United States throughout the region.  His successors will have a difficult time reshaping policy in the Middle East and repairing the damage that Trump and his national security team have wrought.

Melvin A. Goodman is a senior fellow at the Center for International Policy and a professor of government at Johns Hopkins University.  A former CIA analyst, Goodman is the author of Failure of Intelligence: The Decline and Fall of the CIA and National Insecurity: The Cost of American Militarism. and A Whistleblower at the CIA. His forthcoming book is American Carnage: Donald Trump’s War on Intelligence” (City Lights Publishers, 2019).  Goodman is the national security columnist for counterpunch.org.