Trump Authorized CIA To Wage Cyberwar On Iran And Others 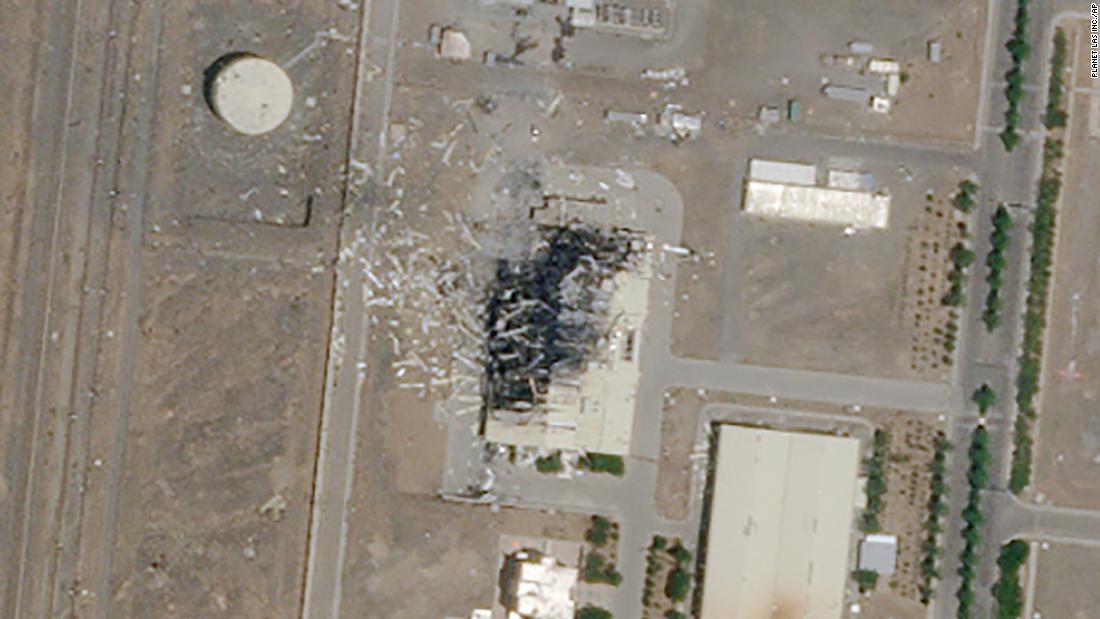 Recently there have been a number of incidents in Iran where unexplained fires or explosion have destroyed some infrastructure:

Since June, fires or explosions have erupted at six factories and other facilities, two of them military in nature—the Parchin missile-production plant and the Natanz nuclear site.

While the incident in Natanz certainly smells of active sabotage the other incidents, like a recent explosion of gas cylinders at a hospital, look more like plain old accidents.

Someone is amplifying a number of rather normal accidents that occur in any large industrialized country in an attempt to sow fear and uncertainty in Iran.

Today a fire broke out on a shipyard in Bushehr. Some Twitterati immediately speculated that it was part of the incident chain and related it to Iran’s nuclear reactor near that city.

Such speculation is nonsense. Fires on shipyards break out all the time. Just ask the U.S. Navy who’s USS Bonhomme Richard has now been burning for three days after a fire broke out during yard maintenance. That fire turned a one billion dollar ship into 40,000 tons of feedstock for a blast furnace. Today’s yard fire in Iran slightly damaged seven laid up dhows (vid), small civilian freight ships build from wood and used for coastal traffic in the Persian Gulf.

Israel has indirectly claimed responsibility for the Natanz incident:

[A] Middle Eastern intelligence official with knowledge of the episode said Israel was responsible for the attack on the Natanz nuclear complex, using a powerful bomb. A member of the Islamic Revolutionary Guards Corps who was briefed on the matter also said that an explosive was used.

I have my doubts about such self serving Israeli claims. It is more likely that the CIA has its fingers in these games.

There is a rather intense CIA program being run against Iran. Trump has not only appointed the aggressive Michael D’Andrea, the ‘Prince of Darkness’, to head the CIA’s Iran Mission Center but he gave the CIA wide ranging new powers to run cyber attacks against the country:

The Central Intelligence Agency has conducted a series of covert cyber operations against Iran and other targets since winning a secret victory in 2018 when President Trump signed what amounts to a sweeping authorization for such activities, according to former U.S. officials with direct knowledge of the matter.

The secret authorization, known as a presidential finding, gives the spy agency more freedom in both the kinds of operations it conducts and who it targets, undoing many restrictions that had been in place under prior administrations. The finding allows the CIA to more easily authorize its own covert cyber operations, rather than requiring the agency to get approval from the White House.
…
The “very aggressive” finding “gave the agency very specific authorities to really take the fight offensively to a handful of adversarial countries,” said a former U.S. government official. These countries include Russia, China, Iran and North Korea — which are mentioned directly in the document — but the finding potentially applies to others as well, according to another former official. “The White House wanted a vehicle to strike back,” said the second former official. “And this was the way to do it.”

This was another stupid step taken by the current administration. Letting the CIA run an unsupervised war against the basic infrastructure of other countries will likely come back to haunt it:

The finding has made it easier for the CIA to damage adversaries’ critical infrastructure, such as petrochemical plants, and to engage in the kind of hack-and-dump operations that Russian hackers and WikiLeaks popularized, in which tranches of stolen documents or data are leaked to journalists or posted on the internet. It has also freed the agency to conduct disruptive operations against organizations that were largely off limits previously, such as banks and other financial institutions.

Another key change with the finding is it lessened the evidentiary requirements that limited the CIA’s ability to conduct covert cyber operations against entities like media organizations, charities, religious institutions or businesses believed to be working on behalf of adversaries’ foreign intelligence services, as well as individuals affiliated with these organizations, according to former officials.
…
The CIA has wasted no time in exercising the new freedoms won under Trump. Since the finding was signed two years ago, the agency has carried out at least a dozen operations that were on its wish list, according to this former official. “This has been a combination of destructive things — stuff is on fire and exploding — and also public dissemination of data: leaking or things that look like leaking.”

Such loose definition of allowed targets will inevitably lead to operations that should be out of bounds.

The big danger here is that all sides can play such games. The U.S. does not have a monopoly or even a large advantage in waging cyber wars. It is in fact more vulnerable than others. Edward Snowden provided proof that the NSA is unable to protect its own secrets. Wikileaks published Vault 7, the CIA’s own secret cyber attack tool collection. If even the NSA and the CIA can not protect their systems one can only imagine how bad the security situation is in private institutions like U.S. banks, media organizations, charities, religious institutions or businesses.

If the CIA targets such institutions in other countries counter attacks on similar U.S. entities become legitimate.

The CIA’s operations like the Natanz explosion only increase instability. Iran has more facilities where it can assemble its centrifuges. The attack will not hinder its progress in enrichment technologies. But the explosion created suspicion in Iran that the inspectors of the International Atomic Energy Agency, who visit these facilities, are U.S. directed spies. In consequence Iran may limit their access to its nuclear sites. That again would decrease the knowledge about what Iran is or is not doing in its nuclear facilities.

That should not be in anyone’s interest.

Featured image: This satellite image from Planet Labs Inc. shows the substantial damage done by an explosion and a fire at an advanced centrifuge assembly plant at Iran’s Natanz nuclear site. (CNN)