Trump and Iran: Yet Another Hostage Crisis? 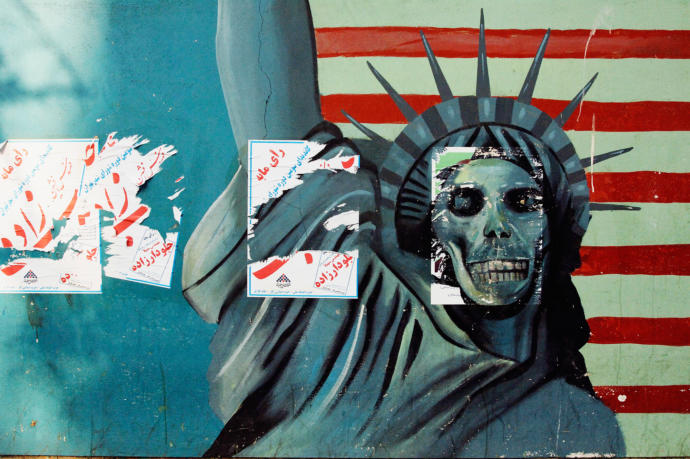 Short of last-minute diplomacy, Donald Trump will inherit another hostage crisis with Iran on Inauguration Day—thirty-five years after the first hostage drama at the U.S. Embassy in Tehran ended, as Ronald Reagan was sworn in, and exactly one year after the Obama Administration’s swap to free five more Americans. The Islamic Republic has quietly arrested more Americans since the nuclear deal went into effect, in January, 2016, which coincided with a separate U.S. payment of $1.7 billion, transferred in three planeloads of cash, to settle a legal case from the Shah’s era. The deals were designed to curtail Tehran’s cyclical seizure of Americans, which had been a problem for both Bush Administrations, too.

Only they didn’t. At least six Americans and two green-card holders are now imprisoned or have disappeared in the Islamic Republic. One is now the longest-held civilian hostage in U.S. history. An undisclosed number have not been publicly identified.

Under President Trump, U.S. strategy on Iran was already likely to face a major overhaul. During the campaign, he vowed to “set fire” to the nuclear pact, which he called “the worst deal ever negotiated”—a view he repeats regularly in angry tweets. “My No. 1 priority is to dismantle the disastrous deal with Iran,” he told the American Israel Public Affairs Committee, in March. “I have been in business a long time. I know deal-making and, let me tell you, this deal is catastrophic—for America, for Israel, and for the whole Middle East.” The United States, he has urged since then, “should double up and triple up the sanctions.”

Two weeks away from Trump’s Inauguration, almost two-thirds of Americans oppose pulling out of the Iran nuclear deal or trying to renegotiate it, according to a survey released Wednesday by the University of Maryland’s Program for Public Consultation, which has done extensive polling in the United States and Iran in recent years. “Though President-elect Trump campaigned on ripping up the deal and seeking to negotiate a better one, the majority of Americans would rather continue with the deal as long as Iran continues to comply with its terms,” Steven Kull, the program’s director, said in a statement.

But the top trio in Trump’s foreign-policy team goes even further than the President-elect on a new Iran policy. All three have supported ousting the theocracy, even though U.S. intelligence officials concluded a long time ago (woe to them now) that the regime will be around for the foreseeable future. “Regime change in Tehran is the best way to stop the Iranian nuclear-weapons program,” Michael Flynn, the new national-security adviser and the former director of the Defense Intelligence Agency, told the House Foreign Affairs Committee, in 2015. After the 2012 attack in Benghazi, Flynn insisted that Iran was responsible and ordered D.I.A. staff members to find evidence to prove it. They couldn’t. U.S. intelligence ultimately blamed local militants.

In “The Field of Fight,” a book published in July, Flynn and his co-author, Michael Ledeen, described Iran as the head of a global alliance focussed on the United States. “We face a working coalition that extends from North Korea and China to Russia, Iran, Syria, Cuba, Bolivia, Venezuela, and Nicaragua. We are under attack, not only from nation-states directly, but also from al Qaeda, Hezbollah, ISIS, and countless other terrorist groups,” they wrote. Iran “is the linchpin of the alliance, its centerpiece,” they continued. The United States is involved “in a world war, but very few people recognize it.”

James Mattis, the nominee for Defense Secretary and a retired Marine general, has a grudge against Iran dating back to the 1983 Marine bombing in Beirut. “For all the talk of ISIS and Al Qaeda everywhere right now,” Mattis said in April, “nothing is as serious . . . in terms of stability and prosperity and some hope for a better future for the young people out there than Iran.” When he was the chief of U.S. Central Command, Mattis added, “every morning, I woke up, the first three questions I had had to do with Iran and Iran and Iran.”

Mike Pompeo, Trump’s choice for the next C.I.A. chief and a Kansas Republican who served on the House Select Committee on Intelligence, led the campaign against the Iran nuclear deal on the Hill. “This deal allows Iran to continue its nuclear program. That’s not foreign policy; it’s surrender,” he said the day it was announced. Afterward, in a political stunt, Pompeo and two other congressmen applied for visas to Iran, to observe the February, 2016, parliamentary elections. They demanded the right to inspect Iranian nuclear facilities, talk with U.S. detainees, and meet with officials about the Revolutionary Guards’ overnight detention of American sailors who had drifted into Iranian waters. On the one-year anniversary of the six-nation pact with Tehran, Pompeo wrote on Foxnews.com, “Congress must act to change Iranian behavior, and, ultimately, the Iranian regime.”

The nuclear deal may not be the first flashpoint between the Trump Administration and Iran, since the world’s five other major powers are also signatories. They won’t walk away. The focus may instead be bigger—spurred by another hostage crisis, a move by congressional Republicans to impose new sanctions, or a flare-up in the sporadic tensions between the U.S. Navy and the Revolutionary Guards in the Persian Gulf. Obama has repeatedly demonstrated strategic patience on Iran; Trump has a shorter fuse.

The unravelling is already visible. In an overwhelming vote on November 17th, Republicans in Congress moved to block Iran’s purchase of eighty Boeing passenger planes—a deal worth some sixteen billion dollars and, Boeing claims, tens of thousands of jobs. “The world’s greatest state sponsor of terror should not be aided by the U.S. taxpayer, by our banking system, in order to finance planes that we really don’t know [what] they’re going to do with them,” Bob Dold, an Illinois Republican, said on the House floor. The initiative fell short, after the White House pledged to veto a law if it passed the Senate, warning that “the sweeping and vague nature of this provision would have a chilling effect on U.S. and non-U.S. entities seeking to engage in permissible business with Iran.”