Trump and the Middle East: A talk with Ardeshir Mehrdad 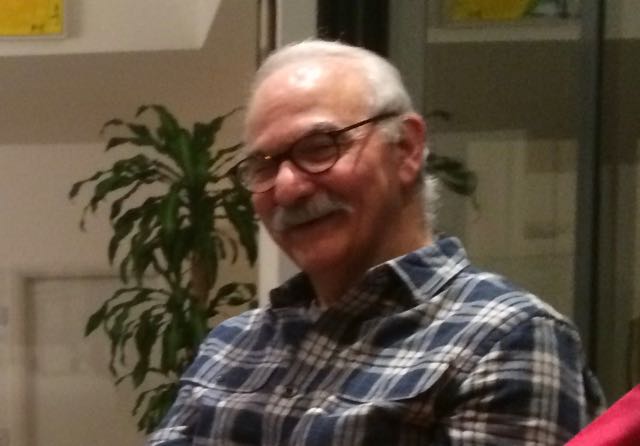 Mehdi Kia: In an earlier interview with Barabari television station you talked about the apparent change of direction in Trump administration’s foreign policy which you called “going beyond the Cold War”. With this you implied that the US, finding itself threatened both economically and militarily, is questioning all previous agreements and alliances with the primary aim of preventing, or at lease delaying, the loss of US hegemony on the world stage. How do you think that strategic shift may effect US policy in the Middle East?

Ardeshir Mehrdad: I think before we examine the probable policies and tactics that America may adopt in the Middle East we should briefly discuss the abrupt about turn that took place in US relations with Russia after the forced resignation of Michael Flynn and the appointment of Lt General H R McMaster as National Security Advisor. The fall of Flynn was clearly masterminded by sections of the security services, what you could call the deep state, and almost amounted to a coup. To my understanding this was a qualitative shift in the foreign policy focus of the Trump administration with very important consequences.

McMaster, nicknamed “the iconoclast general,” views on Russia is diametrically opposed to those of his predecessor. He views Russia as a major threat in the vital “Eurasian landmass”. His appointment, supported not only by the Republicans but also the neo-cons and the Democratic party, was clearly foisted on Trump, who himself may have been deeply compromised. He was sufficiently chastened to submit to a change of tone towards Russia, a change that did not go un-noticed in Kremlin. Clearly a significant section of the American ruling class reject the overtures made by the Trump team to Putin’s Russia. Trump’s lashing out at “anonymous sources” (meaning sources inside security services) and their “fake news” outlets (in the case of Flynn the Washington Post) clearly showed his annoyance at being forced to change tack. This change in policy towards Russia will have a major impact on the line-ups in the Middle East.

MK: Many people believe that overall US foreign policy remains unchanged no matter who occupies the White House. How has US policy in the Middle East changed from that pursued by the Obama administration.

AM: That continuity in overall US policy over many decades reflected the strategic needs of the USA in a bi-polar and, after the collapse of the Soviet Union, a uni-polar world. As I have discussed elsewhere, that strategic aim has shifted with the prospects of a weakening US, in economic, political and military sense, in a multi-polar world.

The Middle East, with its vast energy resources of oil and gas and strategic geographic position remains a focus of US interest. This is particularly so as both Europe and China, the two main rivals of US hegemony, are dependent on outside sources for cheap energy. And of course Russia is a major player in that region and the renewal of opposition to Russia will undoubtedly be reflected in increasing confrontation with its interests in the region. While one can only make tentative projections from what has been said and done in the first months of the new administration in the US, some lines of action are beginning to show themselves.

First there is a realigning of regional alliances with Turkey, who particularly after the recent failed coup, was drawing closer to Russia and Russia’s main regional ally, Iran, is now clearly moving away from both. By persuading Turkey to put aside its disagreements with Saudi Arabia who supported the failed coup against Erdogan (and included supporting different faction of Islamists in Syria- Al Qaeda or Daesh-ISIS), Turkey is now firmly allied with Saudi Arabia, the Gulf states and Israel in what they hope to be an anti-Iran “mini-Nato” alliance. The Geneva Security conference showed the shift in the position of Turkey and the further isolation of Iran in the region. This grouping had already co-operated in trying to defeat the Houthi rebellion in Yemen that is backed by Iran and remains stubbornly entrenched. While the US would dearly like Egypt to join this group, differences between the latter and Saudi Arabia and also Turkey have so far acted as a hindrance.

MK: Perhaps we could leave the discussion of Palestine and Israel to another day, as there are many issues to cover. We can then address the broader question of whether a one or two-state solution is possible without an overall progressive resolution of the many social and political problems of the region. Let us now turn to how the new realignments affects the situation in Syria.

AM: The US was clearly angered by being excluded from the peace talks in Astana, Kazakhstan which was attended by Russia, Iran and Turkey. The central plank of those talks was the acceptance of Assad as interim president, in other words the acceptance of the national integrity of Syria. Today the issue of a separate Sunni state – Sunnistan – which was muted some years ago by the neo-cons is back in vogue.

Sunnistan has appeared previously under various labels including ‘safe zones’. While its borders have varied through the years the what is referred to as ‘safe zones’ could encompass a large stretch of Syria bordering Turkey right down to the banks of the Tigris, including the Kurdish zone of Rojava, and the area currently occupied by Daesh-ISIS. It will also extend into Iraq where it will include the Sunni occupied areas of Anbar province up to and including Mosul and the oil-producing areas around Kirkuk.

The idea of a ‘safe zone’ straddling two neighbouring countries of Iraq and Syria is the tearing up of the Sykes-Picot agreement of 1916 and permanently redrawing the map of the Middle East. The promise to dispatch 30,000 US troops to safeguard it is a beginning. McMaster has endorsed the question of a ‘safe zone’ and is not at all adverse to use military force to enforce it. Already they have already escalated the conflict in Ukraine.

MK: How would these changes affect Iran. Do you think a war with Iran is looming?

AM: There is a consensus that the policies of the Obama administration have allowed the main adversary of the US in the region, the Islamic Republic of Iran, to expand and flout its power by pushing its Shi’a paramilitary groups into a dominant position the Iraqi army, by reversing the war in Syria in Assad’s favour; by Michel Aoun becoming the president of Lebonan, which was seen by some analysts as a reflection of decisive influence wielded by the Tehran-backed Hezbollah; and through its Houthi allies in Yemen, extending Iran’s power and influence to the southern borders of Saudi Arabia. Iran had recently shown its cockiness by firing on US warship in international waters near Yemen and buzzing US warships with its gunboats in the Persian Gulf.

While US policy towards Iran is still being debated and not finally settled, there is no doubt that the appointment of McMasters to the post of National Security Advisor and the shifts in regional alliances bodes badly for the country. Two potential policies on how to tackle Iran are taking shape.

One is a continuation of the Obama line of stick and carrot, but with more stick and less carrot. This line of reasoning, discussed in Foreign Policy, says that Iran’s aggressions in the Yemen and Syria are a defensive move – an attempt to create ramparts further away from Iranian borders – in other words they are signs of weakness. Provided the Islamic regime can be assured that its security will not be violated, Iran can be induced to fall back to within its own borders. Under the new Trump administration the carrot would remain but the stick will be yielded more openly.

The other, particularly pushed by such allies as Saudi Arabia and Israel, is a far more aggressive approach, including scrapping the nuclear agreement, tightening the sanctions and even embarking on a limited war if Iran does not back down. This view sees Iran as cockily happy having duped the US into signing the nuclear deal. It wants an immediate halt to support of the Houthi rebellion in Yemen and a roll back of hezbollah support for the Assad regime. While the new Security adviser McMasters has not clarified his position on which of these two pathways he favours, he has made it clear that the US will hit back hard if Iran again repeats any attacks or harassment of US warships as happened in the waters near Yemen and in the Gulf.

There is no doubt that whatever course is taken, Iran has moved centre stage in the US policies in the Middle East. Crises usually converge and congeal down into one epicentre. That epicentre today appears to be Iran. The Munich Security conference, where Iran was repeatedly identified as a major adversary, supporting terrorism, showed this change of direction. The US has been clear that if ‘provoked’ they will attack Iran’s nuclear installations. Iran has said that it is ready with its missiles, but its bravura masks the fact that the regime is unpredictable and if attacked, even on a limited scale, anything can happen. This of course increases the danger of a conflict, and it can rapidly escalate and go out of control, particularly because of the illusions Iran has of its own strengths and the weakness of its opponents.

Of course the change in policy vis a vis Russia was welcomed in Iran, because it made it easier for Iran to consolidate their alliance. There are plans for both president Rohani and foreign minister Zarif to travel to Moscow, presumably to sign further deals. Russia has always favoured Iran entering the Shanghai group which is predominantly a security agreement between countries, but China has, so far, been reluctant to admit Iran. Admission into this security organisation would make a major difference to the security of Iran.

With the current confusion and crisis within the ruling elite in Iran, it would be impossible to predict one or other faction not doing its own thing and lighting a match to a conflagration whose end is impossible to predict. It is worth noting that policies, once put into practice, quite often face difficulties that are impossible to foretell. Miscalculations are all too common. One can talk of projects and plans but what happens in practice, in real life, can be totally different. Life often has its own momentum.
March 2017