The art of the bigger deal on Israel, Palestine and the occupied territories 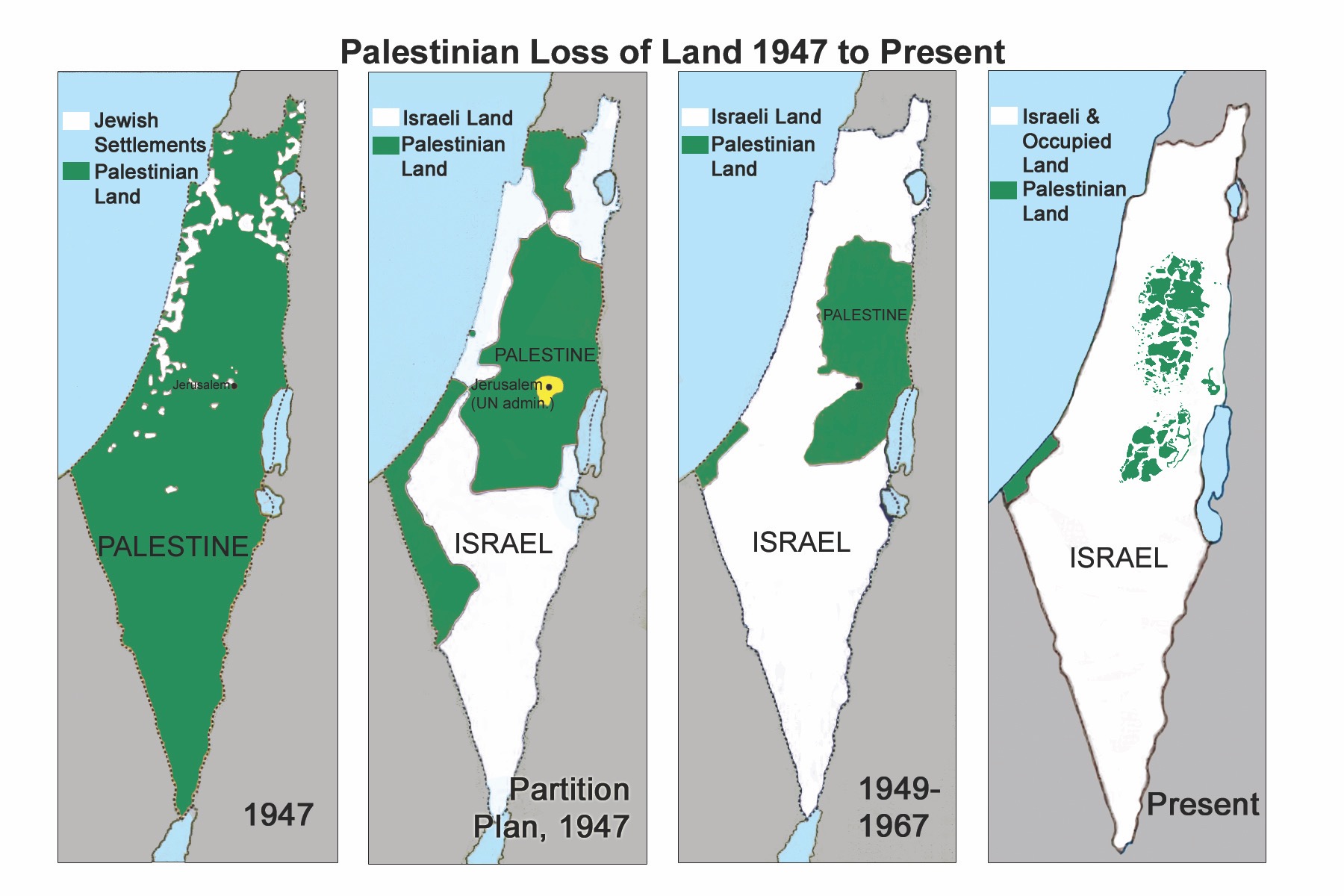 ‘So, I’m looking at two-state and one-state, and I like the one that both parties like … I can live with either one,’ Donald Trump said at his press conference with Benjamin Netanyahu. The Israeli prime minister appeared to exult in Trump’s presence, until the president suggested he hold off on building more settlements while Israel, the Palestinians and the Arab states worked out a deal – a ‘bigger deal’, rather. The oldest conflict in the modern Middle East – it’s a century since the Balfour declaration – has become a quarrel over real estate.

In spite of Trump’s remarks on settlements – the colour drained from Netanyahu’s face – there was no mystery as to which side he would take as he championed a bigger deal. (In this he was no different from any of his predecessors, merely more explicit.) Trump has always favoured landlords over tenants: the man who kept blacks out of New York City apartments is a natural ally of a man who hopes to keep Arabs out of Palestine. With Jared Kushner as his Middle East consigliere, and David Friedman the US ambassador to Israel, Trump has made no secret of his support for the Israeli right.

Trump’s bigger deal is being talked up as a novel ‘outside-in’ approach. What this means, in practice, is a new form of American-backed encirclement, in which US-friendly Sunni Arab states would be recruited to impose on the Palestinians something the Jewish state, in spite of its firepower, has been unable to achieve: fictional independence, with a flag and security forces in Palestinian uniforms whose job is to protect Israel from other Palestinians who aren’t wearing the uniform.

There’s a view that the Arab states won’t agree to this, out of respect for their Palestinian ‘brothers’. But the fear of Shia Iran outweighs residual solidarity with Palestinians under occupation. Neighbouring Arab states are already interested in peace with Israel, bypassing the Palestinians’ aspirations, and in cutting economic deals with the Israelis, using shell companies that provide them with cover. As an Israeli businessman remarked in an illuminating Bloomberg article on Israeli software firms in Saudi Arabia, the Arab boycott of Israel ‘doesn’t exist’. The Israelis aren’t the only ones who would benefit from Trump’s bigger deal.

Liberal supporters of a two-state solution have deplored Trump’s press conference as another example of his uncouthness, his disregard for a consensus based on decades of international diplomacy and, not least, his rejection of agreed ‘parameters’ for a resolution. Their mourning over the death of the ‘peace process’ ignores the fact that it has been dead for some time. A moribund process for more than twenty years, it has mainly benefited American ‘peace processors’, Israeli settlers and a narrow section of the Palestinian bourgeoisie and nomenklatura. The US ambassador to the UN, Nikki Hayley, has glossed Trump’s comments: ‘We absolutely support the two-state solution, but we are thinking out of the box as well.’

Most Palestinians in the Occupied Territories believe that their situation has deteriorated since Oslo; some fondly remember the period before the first intifada, when they could work and travel inside Israel, or what they call the ‘48 territories’: i.e. the territory they lived in before the creation of Israel. To be able to live, work and move freely in their land has always been a stronger desire among Palestinians than statehood, especially if a minuscule, sovereign Palestine means being walled off from 78 per cent of the territory to which they still feel intimately connected.

As Yezid Sayigh argued in Armed Struggle and the Search for State (1997), the Palestinian national movement was initially driven by a vision of return and restoration, rather than the replacement of Israel’s occupation with a Palestinian state. The notion of statehood emerged gradually, out of a series of strategic defeats. With it came the bureaucratisation of the PLO and its transformation (or calcification) into a state apparatus without a state.

If Israel were officially to abandon its commitment to the ‘peace process’ in favour of the bigger deal – continued control, even annexation, of the West Bank, as Israeli voices to the right of Netanyahu propose – Palestinians may well decide to struggle for their own ‘bigger deal’. That is what frightens defenders of the fading two-state consensus. Here, for example, is the New York Times editorial board:

The likeliest outcome, given the growth rate of the Arab population, is that Israel would be confronted with a miserable choice: to give up being a Jewish state – or to give up being a democratic state by denying full voting rights to Palestinians.

Notice here that the ‘choice’ belongs exclusively to Israel. Palestinians, as always, are the objects of a decision, and never the decision-makers. That these options – ceasing to be a Jewish state or denying non-Jews full citizenship rights – are considered equally lamentable is a gift to historians. One day this kind of commentary will be read in much the same way as we now read Times editorials from the 1950s on the ‘Negro Problem’.

Israel made its choice long ago, without much hand-wringing. It is impossible to imagine the Jewish state without bulldozers and settlements, even in the unlikely event of the US government withdrawing its annual $3.8 billion dollars of aid. The real question isn’t the choice that faces Israel, but the choice that faces Palestinians in the West Bank, Gaza, Jerusalem and the diaspora, as they confront an apartheid regime, and an impending single-state reality, which appears, this week, to have the backing of the White House, and the complicity of America’s Arab allies.

Never in their history have the Palestinians been so alone, without even ritual expressions of solidarity in Arab capitals. Never have they been in such desperate need of new leadership. Israel is betting on the exhaustion, disarray and fragmentation of the Palestinian political class. A breakthrough will probably involve a return to first principles, above all self-determination, which has been slowly eroded since Oslo, when the Palestinian national struggle gave way to ‘security co-operation’ that was supposed to precede independence, the NGO-isation of the West Bank, and futile, interminable discussions about land swaps, and ‘parameters’ for a solution. That was the failed deal. Trump’s bigger deal looks worse, and far more provocative.

This blog was posted on London Review of Books blog site on February 17, 2017