Turkey and the Road to Genocide

Posted by Editor on Wednesday, December 7, 2016 · Leave a Comment 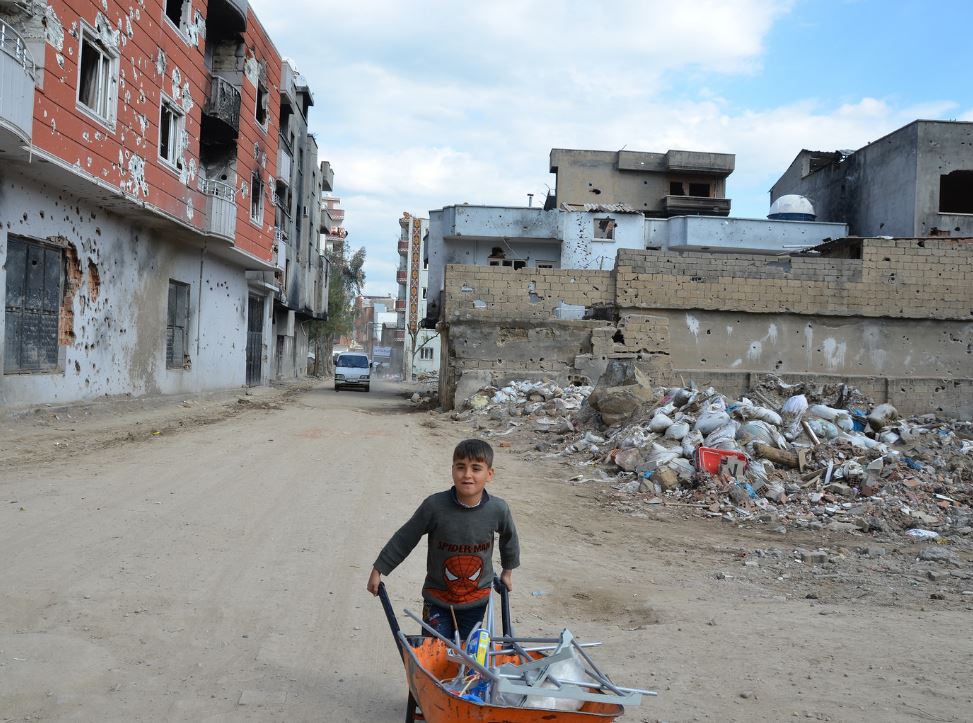 On Sunday, April 24, 1915, Ottoman minister of the interior, Talat Pasha, ordered the arrest and detention of Armenian community leaders residing within the empire. On the first night of the sweep over two hundred individuals were picked up by government forces; as the days wore on the number grew to over two thousand. Talat Pasha’s “decapitation” strike against the Ottoman Armenians was part of a broader and more systematic campaign of genocide directed at the empire’s Armenian community — a campaign which left between 800,000 and 1.5 million dead.

It is not necessary here to re-litigate the question of whether or not the events of 1915 — described in official Turkish sources euphemistically as the “relocations (tehcir)” — constituted genocide. Instead, in remembering the Armenian genocide and, more specifically, the arrests of “Red Sunday,” it becomes possible to situate the policies of Turkey’s present-day leaders towards representatives of the Kurdish movement — in particular, the detention of the leaders of pro-Kurdish Peoples’ Democratic Party (HDP), Selahattin Demirtaş and Figen Yuksekdağ, on November 4 — in a broader historical context.

While it would be hyperbolic to claim that the levels of violence currently being directed at Turkey’s Kurdish population today have reached the same magnitude as that directed against the Armenians just over a century ago, undeniable and frightening parallels can nevertheless be drawn.

Erdoğan and the Kurds

It was not so long ago that Turkish president Recep Tayyip Erdoğan was lauded for his (relatively) progressive stance vis-à-vis Kurdish rights in Turkey. Since the foundation of the Republic of Turkey in 1923, the “Kurdish question” — the conflict between Turkish nationalist elites in Ankara and those claiming to represent the authentic national will of Turkey’s Kurds — has constituted one of the country’s primary sources of political instability.

In the 1920s and 1930s, the young republic faced a number of nationalist-inspired Kurdish rebellions, most notably the Sheikh Said Rebellion of 1925 and the Hoybûn Revolt of 1929–1931. The stance taken by the administration of Turkey’s founding father, Mustafa Kemal Atatürk, was one of suppression and denial. The republican government went to enormous lengths to crush Kurdish resistance; for example, in 1925 fully one-third of the government budget was directed toward the military suppression of Sheikh Said’s insurgency.

Yet despite the intensity of violence deployed by the state during the 1920s and 1930s, the Kurdish question was never truly resolved. Beginning in the 1940s and 1950s a new generation of Kurdish intellectuals and activists began to mobilize in a process that culminated with the foundation of the Kurdistan Workers’ Party (better known by its Kurdish acronym the PKK) in 1978, an organization dedicated to national liberation of not only Turkey’s Kurds, but Kurds across the Middle East.