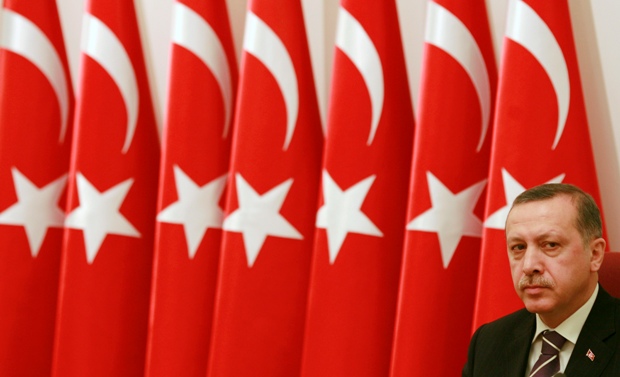 Turkey may hold a referendum on the transition to an authoritarian presidential system as soon as late March; however, Erdoğan’s Bonapartist shift does not herald stability for the ruling class, nor a solution to the crisis of neoliberalism.

The argument that the contemporary world panorama resembles that of the 1930’s has almost become a cliché. Similarly, a severe economic depression, unseen since that period, was followed by a wave of uprisings (2011-14), which, for the moment, seems to be defeated, as we witness a sharp turn towards the right among the working masses. The capitalist system’s current crisis is not cyclical, but rather “organic” in character; the neoliberal order can no longer be sustained, yet the working class is incapable of taking the initiative to tear it down. All this is taking place against the backdrop of a severe crisis of hegemony within the imperialist system.

As center-right or center-left parties, the “true” representatives of the bourgeoisie, rapidly lose their support among the masses due to their insistence on the neoliberal creed, we see the rise of right-wing populist, authoritarian parties with an anti-immigrant, racist and misogynist discourse. Needless to say, this trend has culminated in the election of Donald Trump as US president, and it is possible for similar right-wingers to rise to power in France, the Netherlands or other countries in the coming months. In parallel to this worldwide trend, Turkey is in an authoritarian drift characterized by the exacerbation of political and social instability.

One may be tempted to take the easy way out, describing the Turkish case as simply an “illiberal democracy” or “sultanism” of sorts. However, the authoritarianism in Turkey is directly related to the crisis of the neoliberal model. In fact, neoliberalism had entered a crisis in peripheral or semi-peripheral countries such as Turkey in the 1990s, way before it did in the core imperialist countries: While parties of the center saw their support erode rapidly, a “pink tide” overtook a large part of Latin America, whereas Turkey and a number of Eastern European countries came under the rule of right-wing populist strongmen. The crisis of hegemony in Turkey mainly arose from the neoliberal policies that alienated the working masses from the regime; the antagonism between the grand bourgeoisie and the Islamist bourgeoisie; as well as the powerful Kurdish rebellion in the 1990s. This situation was exacerbated by a severe economic crash in 2001. Right after that, AKP (Justice and Development Party) presented itself as the only force capable of overcoming the crisis.