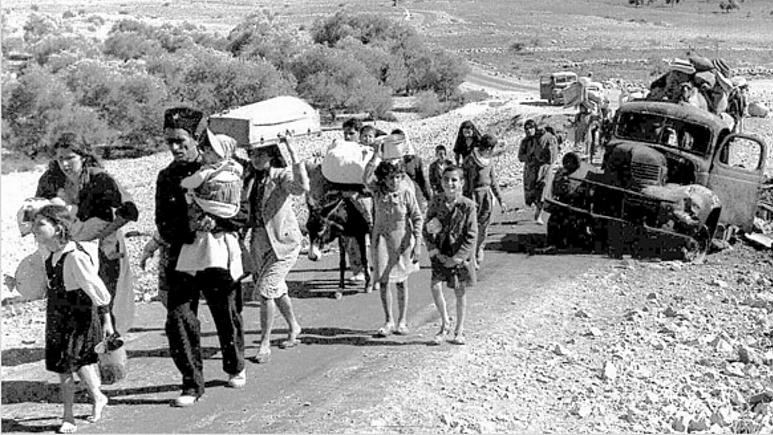 As part of their professional training, historians are warned against injecting their personal narrative into their account of events. Rashid Khalidi’s book is a valuable violation of this taboo.

He is a historian, author of scholarly works on nationalism and colonialism in Palestine and the Middle East, and holds the Edward Said professorship of Modern Arab Studies at Columbia University. He is also a Palestinian-American scion of an old aristocratic Jerusalem family, with privileged access to his family’s rich archives, and to direct oral eye-witness accounts by his older relatives. He himself witnessed some of the key events in the latter part of the period covered by the book, whether as a critical close observer or a marginal participant.

The result is a riveting, informative, powerful and brave book; a blend of objective historiography and personal memoir, including some relevant bits of family history. It is aimed at the general reader, not at academics; but the evidence provided in the main text, and especially in the footnotes, is rigorous and abundant. Even readers familiar with the main facts will find useful references to primary sources not previously known or available to them.

While not a conventional academic work, the aspect of history covered in this book is conventional: a chronicle of diplomatic, political and military events. For a social and economic history of the colonisation of Palestine the reader must look elsewhere.

The narrative is organised chronologically in six chapters, headlined as successive “declarations of war” against the Palestinian people. The first chapter covers the period 1917-39, starting with the Balfour Declaration and ending with the brutal suppression of the Palestinian uprising by massive British forces, aided by Zionist paramilitaries. Chapter 2 is focused on the 1947-48 war, resulting in the Palestinian Nakba (catastrophe). Chapter 3 deals with the 1967 war – which, while not involving the Palestinians directly as belligerents, had calamitous consequences for them.

The fourth chapter centres on Israel’s 1982 devastating, deep invasion of Lebanon. The Palestinian resistance forces (which had been expelled from Jordan in the Black September of 1970) were now forced to move out of Lebanon and decamp to Tunisia and other remote places. The invasion culminated in the Sabra and Shatila massacre of Palestinian refugees by rightwing Lebanese gangs, with barely disguised Israeli encouragement. The author, accompanied by his young family, was then living in Beirut, where he was teaching at the American University. His scary personal account of the Israeli siege and massive bombardment of the city adds an extra dimension to the narrative.

Chapter 5 covers the years 1987-95, beginning with the first intifada and ending with the Oslo accords. The author was a close observer and occasional participant – albeit a marginal one in an advisory role – in the series of negotiations held (sometimes in parallel) in Madrid, Washington and Oslo, so his account of this period is of very special value. In my opinion, this chapter is a particularly important part of the book. I will return to this below.

The sixth chapter is concerned with the period 2000-14. Israel, having been defeated by Hezbollah and forced to withdraw from south Lebanon after 18 years of occupation, now turned its merciless machine of slaughter and devastation against the people besieged in the Gaza Strip – the most impoverished part of Palestine. And, as usual, Israel’s imperialist allies and protectors gave it moral and material cover, affirming Israel’s right to ‘self-defence’ and hypocritically calling on ‘both sides’ to refrain from violence. Those who condemned Israel as a colonial aggressor were smeared as ‘anti-Semites’.

A final concluding chapter summarises the book and takes its narrative a couple of years beyond 2017, with a brief discussion of Trump’s ‘deal of the century’.

While championing the rights of the Palestinian people – the victim of Zionist colonisation sponsored by the imperialist powers – Khalidi is not a one-sided propagandist. On the contrary, he is not only forthright in condemning atrocities committed by Palestinians, but is critical of the leadership of the Palestinian national movement for its disastrous strategy. This has veered from misconceived and counterproductive armed incursions into Israel from bases around it, to naive trust in the US. Armed operations, largely against civilian targets, were first mounted by the Palestine Liberation Organisation; and later, after the PLO abandoned armed struggle in favour of a US-mediated two-state ‘solution’, this strategy was adopted by Hamas. The author describes as “risible” the idea that “such attacks on civilians were hammer blows that might lead to a dissolution of Israeli society”:

This theory is based on a widespread, but fatally flawed, analysis of Israel as a deeply divided and ‘artificial’ polity, which ignores the manifestly successful nation-building efforts of Zionism over more than a century, as well as the cohesiveness of Israeli society in spite of its many internal divisions.

The Palestinian leadership failed to come to terms with the fact that Zionist colonisation created a new Israeli settler-nation in Palestine:

Most [groups in the Palestinian national movement] felt no sense that there were now two peoples in Palestine, each with national rights; to them Israelis were no more than settlers, foreign immigrants to their country. This position exactly mirrored that of most Israelis, for whom there was only one people with national rights in Eretz Yisrael, the land of Israel, and that was the Jewish people, while Arabs were no more than transient interlopers.

[According to this view] the Israeli Jews were part of a religious group only, not a people or a nation … [Thus,] the single democratic state proposal did not recognise the Israelis as a people with national rights.

Khalidi is too much of an open-eyed historian to be a blind nationalist. He pointedly remarks that “the constructed nature of all national entities, enraging to apostles of nationalism, is self-evident to those who have studied its genesis in myriad different circumstances”.

Chapter 5 is the most heart-wrenching part of the book. For over a hundred years, the Palestinian people have been subjected to Zionist dispossession and colonisation, supported by imperialist powers. They have suffered defeat after defeat. During almost the entire period they were at a huge disadvantage vis-à-vis their oppressors. The only exception was the first intifada. This truly popular mass uprising, led by grass-root committees, using no other weapon than sling-propelled stones – exactly the same as deployed by David against Goliath in the biblical story – put Israel on the back foot. The Palestinians had a relative advantage, not only morally, winning the sympathy of world public opinion, but also operationally. Israel found itself unable to control the Palestinian masses. Suppression of the uprising was exacting a very high price in Israeli military manpower mobilisation and morale. At this very point Israel found a solution: a proxy that would control the Palestinian masses on its behalf:

The intifada had brought Rabin and the Israeli security establishment to the realisation that the occupation – with Israeli troops policing densely populated Palestinian centres simmering with anger – needed modification. The result of that realisation, the Oslo framework, was designed to preserve those parts of the occupation that were advantageous to Israel – while offloading onerous responsibilities and simultaneously preventing genuine Palestinian self-determination, statehood and sovereignty. Oslo I [the first Oslo accord of 1993] was the first such modification, with others added in subsequent years – all of them aimed at maintaining the disparity of power, irrespective of who was Israel’s prime minister.

Oslo I also involved the most far-reaching modification, which was the decision to enlist the PLO as a subcontractor for the occupation – this was the actual meaning of the security deal Rabin made with Arafat, which my colleagues and I had announced to the American diplomats in June 1993.

The reasons why Arafat agreed to this sell-out – exchanging the achievements of the intifada for the illusory promises and humiliating conditions imposed by Israel – are a combination of hubris, naive trust in American goodwill and a jealous desire to reassert leadership of the Palestinian movement and wrest it back from the popular committees.

The rest, as the saying goes, is history. From their high point of popular resistance, the Palestinian people descended back to being the victims of intensifying oppression. Divided between the world’s biggest prison camp – that is, the Hamas-ruled Gaza Strip – and the West Bank, policed by the PLO on Israel’s behalf, their situation is worsening by the day.

In this situation it is difficult to look to the immediate or medium-term future with any degree of optimism. Khalidi manages to find some hopeful signs in the growing support for Palestinian rights in world public opinion. I would like to share this hope: it may at least be possible to mobilise it to prevent the very real danger of another nakba: a major ethnic cleansing of Palestinians.