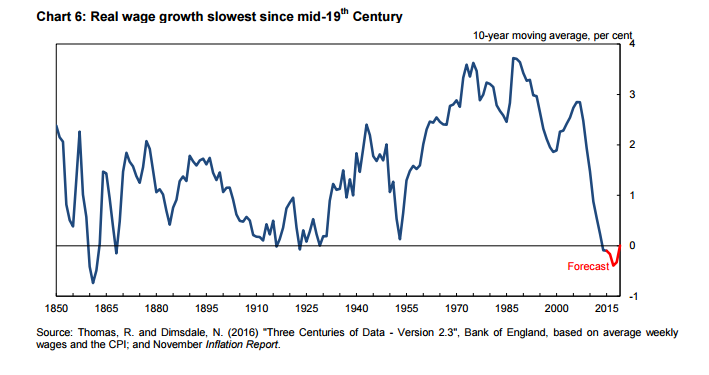 Since the global financial crash of 2008, average real incomes in Britain have taken the biggest plunge since the 1860s, when “Karl Marx was scribbling in the British Library.”  And “it was the poorest (who) are hit the hardest. During recessions the lower-skilled, lower paid people tend to lose their jobs first.” Mark Carney is the governor of the Bank of England. December 2016