We Crossed A Bridge and it Trembled: Book Review 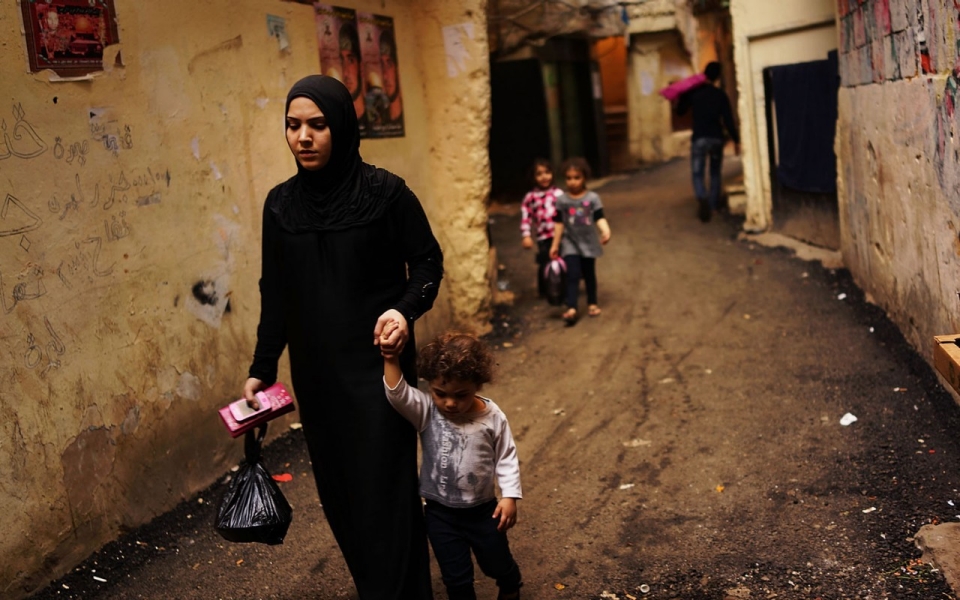 Wendy Pearlman: We Crossed a Bridge and It Trembled: Voices from Syria, Custom House, 2017.

Everyone talks about Syrians, but very few are actually talk to them. Perhaps that’s why Syria’s revolution and war have been so badly misunderstood in the West – variously as a US-led regime-change plot, or an ancient Sunni-Shia conflict, or a struggle between secularism and Jihadism.

“We Crossed a Bridge and It Trembled” bucks the trend. Here the story is told entirely through the mouths of Wendy Pearlman’s Syrian interviewees, hundreds of them, from all social backgrounds, Christians and Muslims, Ismailis and Druze, rural and urban, middle-class and poor. These best of all possible informants – the people who made the events, and who suffer the consequences – provide not only gripping eyewitness accounts but erudite analysis and sober reflection.

The introduction, alongside a concise overview of developments from 1970 to the present, describes Pearlman’s method. She interviewed refugees (who are therefore overwhelmingly anti-regime) in locations stretching from Jordan to Germany. And she interviewed in Arabic, enabling “a connection that would have been impossible had I relied on an interpreter.” The result is testament both to Syrian expressive powers and the translation’s high literary standard.

These heart-stopping tales of torment and triumph are perfectly enchained, chronologically and thematically, to reflect the course of the crisis. They begin with life under Hafez al-Assad’s regime, “not a government but a mafia”, when children were trained to lie for their families’ security. “It was a state of terror,” says Ilyas, a dentist. “Every citizen was terrified. The regime was also terrified.”

Bashar inherited power from his father in 2000. His crony capitalist ‘reforms’ meant “the poor got poorer and people got angrier, day after day.” Interviewees recount the 2004 Kurdish uprising and smaller, isolated acts of resistance.

In 2011, against the background of the Arab Spring, decades of frustration exploded. According to Cherin, a mother from Aleppo who speaks like a grassroots poet, “You have an inheritance, and after thirty years you slam it on the ground and shatter it.” State repression only intensified the fury. “The government sent dead to every village,” says Abu Thair, an engineer from Daraa. “The funerals began. And imagine, each funeral becomes a demonstration.”

The early revolution was marked by cross-sect cooperation, a new sympathy for distant regions, and a reinvigorated sense of nationality. “You are my people,” enthuses Waddah from Latakia. “You are extraordinary.”

Revolutionaries set up coordination committees to organise and record protests, to try to provide security, then to build makeshift field hospitals (the injured arriving at state hospitals were often murdered). Later people elected local councils to administer liberated areas – the first experience of democracy in over forty years, remarkably under-reported here, and an evidential rebuke to those who believe Arabs are culturally unsuited to ruling themselves.

In response the regime practised rape and torture, even of children, to death. It delivered tens of thousands of peaceful activists into prisons which serve as extermination camps, and simultaneously released Jihadists. Ayham, a web developer, complains: “The regime puts all the movement leaders in prison, and then says the movement has no leaders.”

Curfews were followed by sieges, gunfire by artillery and warplanes. The revolution’s militarisation was inevitable, even necessary, but it inevitably brought down a host of curses, from banditry to warlordism. “We need somebody to do the wrong thing in order for future generations to have a life that is morally stable and functioning,” says Adam, a media organiser, before admitting, “We opened Pandora’s box.”

Assad deliberately provoked sectarian breakdown. Foreign interventions fanned the flames. Global jihadist groups arrived as parasites on the chaos, and some Syrians joined them, because, in one informant’s words: “You are in dire need for a narrative that can justify this futility.” A fighter explains the generalised rage thus: “No country in the world is paying attention to me. Not a single one is doing anything to protect any fraction of the rights I should have as a human on this earth.”

Now revolutionaries resist the new authoritarians alongside the old. Khalil, a defected officer, articulates a common sentiment: “We won’t accept another dictator to take [Assad’s] place.”

High ideals coexist with grim reality. Over half the population have been driven from home, and families splintered. Pearlman hears of the poverty, disease and humiliation of exile. She talks to a woman who kissed the walls of her neighbourhood before she fled, and a mother who made terrible journeys through Europe, ending with her determined journey to literacy in Berlin.

There is certainly hope. Throughout “We Crossed a Bridge and It Trembled”, Syrian irrepressibility and resilience are set against the logic of self-immolation and the nihilism of ‘Assad or We Burn the Country’. It is a book which sheds necessary light and confounds misapprehensions. For instance, it reveals the roles of revolutionary women, usually invisible to the outside.

A reader wishing fuller political and cultural background will consult other works too, but this one contains all the human context necessary, and in the people’s own voices.

Syrians, Pearlman writes, are too often cast as “victims to be pitied, bodies to be sheltered, radicals to be denounced, or threats to be feared” … “it can be difficult to find chances to listen to actual Syrians as human beings.” But she has listened. Her achievement provides a new model for documentary writing.

﻿This review first appeared at the Guardian. (I would recommend my and Leila’s book Burning Country as the best social, political, historical and cultural contextualiser of the Syrian Revolution, and Yassin al-Haj Saleh’s The Impossible Revolution as the best analysis – and one of the best political books you’ll ever read about any topic – but I would certainly recommend this remarkable book for its method. The entire story is told through the voices of Syrians themselves.)

Featured image: A Syrian woman displaced by her country’s civil war walks with her child on Nov. 9, 2013 in Beirut, Lebanon.Spencer Platt/Getty Images

Wendy Pearlman’s We Crossed a Bridge and It Trembled: Voices from Syria is published by Custom House, 2017.