What Is Behind Iran’s New Wave Of Civil Resistance? 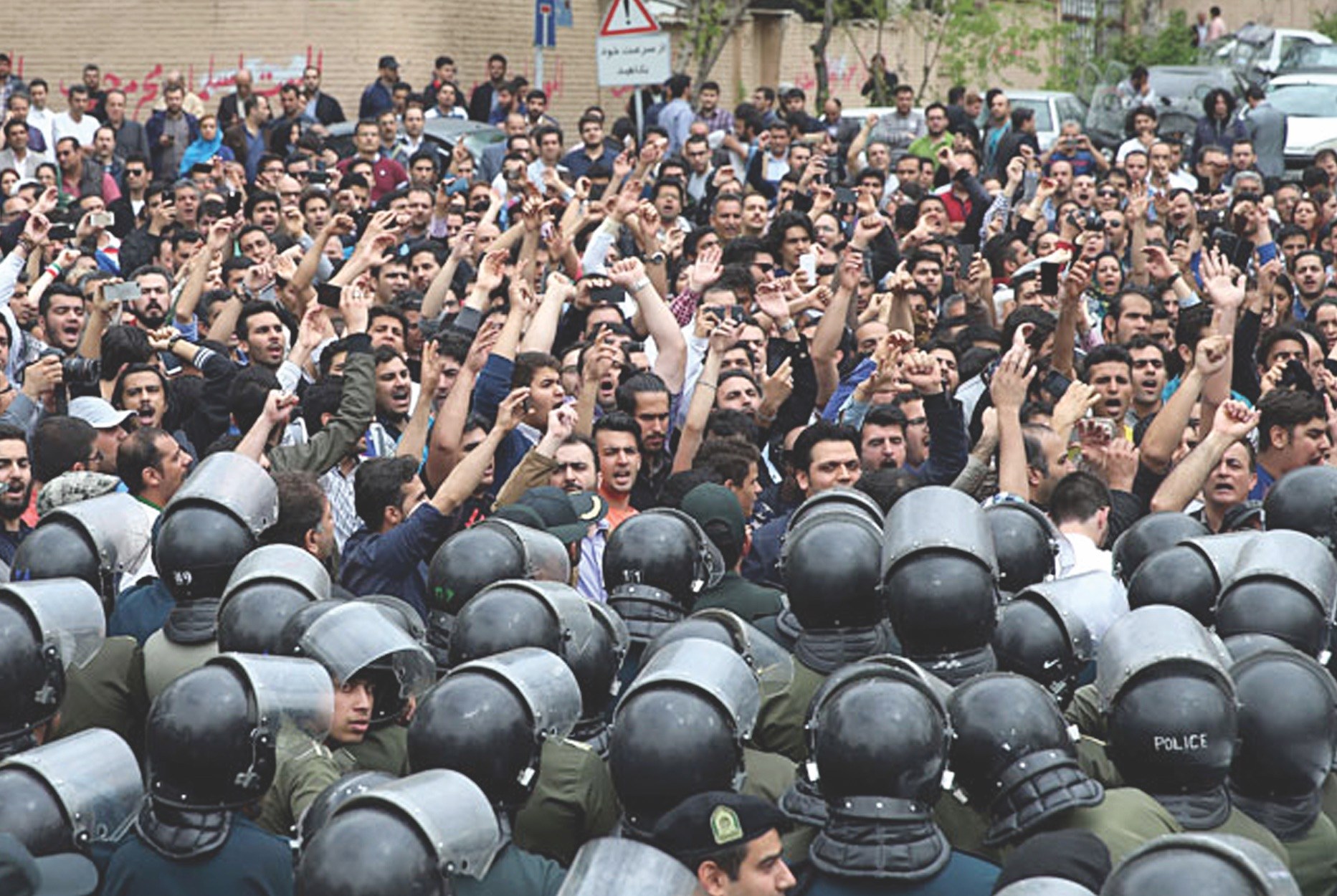 For a little over a year, Iran has witnessed a new wave of civil resistance, which had been brewing in various towns and cities around the country since the 2009 Green Revolution. Corruption and economic hardship—-although not entirely new problems—-are the two main grievances that link the past year’s demonstrations, distinguishing them from most of the nonviolent resistance that shaped Iran’s past half-century.

Today, the country’s chain of nonviolent resistance is getting longer and longer. Consistently, new groups—mostly industry and low-wage workers but also others—are emerging to protest corruption and poor governance. Breaking from past civil resistance patterns, this new wave is happening in both big and small cities in Iran.

We may be tempted to compare the new wave of civil resistance to 2009 presidential election protests. However, it seems that Iran has entered a new era; the more recent movements have different goals than past movements. This time, people are not demanding freedom or political changes but instead are raising concrete issues about everyday life. The transition from difficult-to-measure ideals to apparent and touchable goals, such as better economic conditions for the working class, seems to be a step forward toward awareness among the Iranian people.

The first protest of the new wave of civil resistance took place in December 2017 in Mashhad, Iran’s second mega city, when a call for “No to high prices” brought people to the street. Protesters blamed government corruption for issues such as unemployment, high prices, and an insecure investment atmosphere. It is not clear exactly who organized the action. The government decried the protest as illegal and arrested a number of protesters, but this did not stop other cities and towns from joining the mobilization.

A story then broke in January 2018 that unlicensed credit institutions and banks were absorbing people’s savings without paying them back. This stirred widespread awareness about government dysfunction and revealed an underlying cause of the economic problems that are drawing large numbers.

Since then, there have been nearly 30 public nonviolent actions in different cities around the country, including small towns Amol, Bandarabbas, and Urmia. Protesters’ motto has become: “If you stop one case of embezzlement, our problem will be solved.” This refers to a major embezzlement case that was revealed in July 2018 on social media.

A Portrait of the Iranian Economy: Corruption, Rising Prices

According to Transparency International, Iran is one of the most corrupt countries in the world, with a rank of 130 out of 180 on the 2017 Corruption Perception Index. In addition, the rate of unemployment in the country has been increasing over the last few years. According to Trading Economics, in 2018, 12.1% of Iran’s working-age population had no job. Although the unemployment rate has varied over the past decade, it has been on the rise in the past five years.

Also, in the past two years, Iranians have witnessed a new jump in prices of basic goods. For example, the price of eggs had increased by up to 40 percent just before the first protest took place in Mashhad. This price hike is the result of an increase in other related imported feed prices.

Meanwhile, a very sharp increase in the dollar exchange rate has directly and indirectly affected the country’s economy. For example, it increases the cost of imports and eventually the cost of production, which is based on imported materials.

The Iranian people have found a way to expose poor governance in a way that the government itself cannot deny. By placing concrete, measurable problems like rising prices of goods and everyday hardships at the center of their grievances, protesters’ demands are starting to receive some high-level recognition. For example, President Rouhani admitted that protesters have the right to be discontent—within just a few days of the December 2017 protests breaking out.

Taking a quick look at all the uprisings in last few decades, not only in Iran but also across the Middle East, we can observe that the new wave of civil resistance in Iran has been more successful than prior efforts. The Green Revolution in Iran was driven by political demands, with the motto, “Where is my vote?” That movement took place only in some of Iran’s megacities, where most of the participants were from the middle class and higher. Same with the Arab Spring, which was a series of pro-democracy movements that took place in some Arab countries such as Tunisia, Morocco, Syria, Libya, Egypt, and Bahrain.

This new wave of protest in Iran is based on tangible demands, and as such, it may well bring more success for the movement and more changes to the country more broadly. So far, unable to dent the increase in prices and other economic troubles, the president of Iran has legitimized protesters’ complaints. As more diverse populations, in terms of age, social class, and geographic location are joining the movement, it will be difficult for the government to curb mobilizations. This new wave may not bring sudden and great change, but it is certainly undermining the government’s legitimacy in the eyes of many Iranian people.

On the first anniversary of the new wave of civil resistance in Iran, what is equally clear is that grievances continue to grow, and Iranians are looking to people power for ways to address those grievances.