While Iran Braces for Sanctions, What Comes Next? 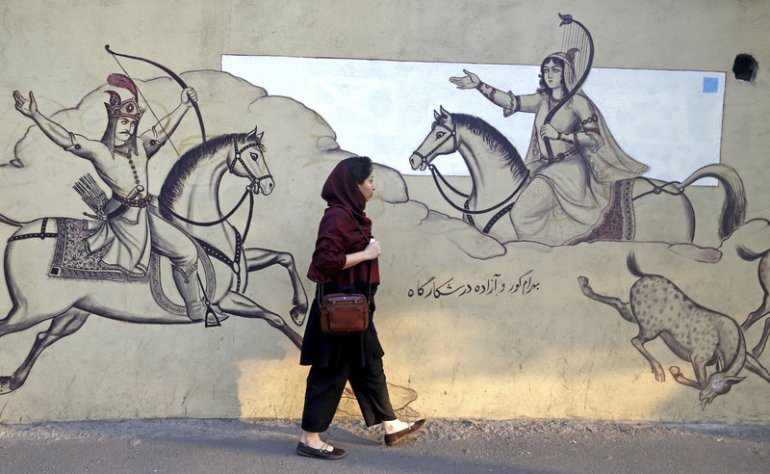 Consistent with his decision in May to breach the 2015 Iran nuclear deal (Joint Comprehensive Plan of Action or JCPOA), Donald Trump issued an executive order on Monday re-imposing the first group of U.S. nuclear-related sanctions on Iran. Those include prohibitions on:

the purchase or acquisition of United States bank notes by the Government of Iran; Iran’s trade in gold and other precious metals; graphite, aluminum, steel, coal, and software used in industrial processes; transactions related to the Iranian rial; activities relating to Iran’s issuance of sovereign debt.

Additional sanctions—on Iranian shipping, on Iran’s energy sector including its oil exports, and on foreign financial institutions that do business with Iran’s central bank—will go back into effect on November 5, by which time the Trump administration will demand that the rest of the world cease buying Iranian oil altogether.

Where Do the U.S. and Iran Go from Here?

It very much remains to be seen how effective these re-imposed sanctions will be, but they will inevitably have an impact on Iran’s already struggling economy. Despite a concerted effort by European Union leaders to shield European firms from penalties imposed by U.S. “secondary sanctions,” which target companies that do business with Iran, most European firms will simply be unwilling to risk running afoul of the United States in order to maintain their relatively meager business interests in Iran. Many Asian countries that depend on Iranian oil have nevertheless already shown their willingness to reduce imports in order to comply with U.S. demands. Though China has said that it will continue to purchase Iranian oil beyond the November deadline, Beijing may simply be using Iran as leverage in its escalating trade war with Washington.

The burden the sanctions place on the Iranian economy will undeniably be borne by the Iranian people, despite the Trump administration’s occasional assurances that it seeks only to punish Iranian leaders for their behavior. The mere threat of re-imposed sanctions has already driven the value of the Iranian rial below 100,000 per U.S. dollar, prompting Iran’s central bank on Monday to announce that it is abandoning efforts to prop up the collapsing currency. This will leave ordinary Iranians struggling to pay for basic needs as their legal tender spirals toward worthlessness. Assurances that the United States “stands with” the Iranian people, meanwhile, ring hollow from an administration that bars those Iranian people from coming to the United States.

The Trump administration’s aim in re-imposing sanctions is, in its own telling, to force Iran to reopen negotiations over a new “nuclear-plus” accord. This hypothetical deal would impose stronger restrictions on Iran’s nuclear activity than the JCPOA did while also addressing a host of other issues like Iran’s missile program and its regional geopolitical activity. Last week, Trump declared that he would meet with Iranian President Hassan Rouhani with “no preconditions” to discuss such an agreement, a statement that was quickly walked back by the administration and that may not have reflected a genuine offer anyway. In recent days there have been rumors, despite Iranian denials, that Washington and Tehran are conducting back-channel talks via Oman, which helped facilitate the talks that led to the JCPOA.

If his offer to meet with Rouhani is genuine then it likely reflects Trump’s desire to replicate the “success” of his Singapore summit with North Korean leader Kim Jong Un in June. Though that summit has yet to produce much of substance, and U.S. and North Korean leaders are already sniping at one another again, it did let Trump play “master diplomat” for a day and brought him some positive media coverage. It also pulled the U.S. and North Korea back from a potential crisis—albeit a crisis that Trump was mostly responsible for creating in the first place.

However, as many commentators have noted, Iran is not North Korea. Iranian leaders have never valued the chance to meet with a U.S. president the way North Korea’s leaders have, and for Rouhani to meet with Trump would likely be to risk his political fortunes at home. So far, at least, the Iranian president is insisting that Trump lift sanctions and return to the JCPOA before any meeting can take place.

Moreover, now that Trump has violated the JCPOA and shown that the United States is not a reliable negotiating partner, Iranian leaders would have little reason to believe anything Trump were to offer in talks. So the idea that this situation will end in a new agreement seems at least for the moment to be farfetched at best. And, frankly, that may be just how the Trump administration wants it.

The Road to War

Although even some of the administration’s most infamous Iran hawks insist that the decision to abrogate the JCPOA and restore sanctions is merely intended to change the behavior of the Iranian regime, their true goal is to change the regime itself. Or, rather, to spur its collapse. How else could anyone interpret Secretary of State Mike Pompeo as he frequently gloats over the scattered but persistent protests across Iran motivated by popular anger against the Iranian government, its corruption, and its economic mismanagement?

Those protests, if they expand as the Iranian economy continues to collapse, could well lead to the end of the Islamic Republic. But those protests have been going on in the absence of U.S. sanctions. The possibility exists that the re-imposition of those sanctions will, rather than exacerbating the protests, produce a “rally around the flag” effect that allows Iranian leaders to redirect popular anger away from the Islamic Republic and toward the United States.

Should it collapse, the Islamic Republic is not likely to be replaced by a Western-friendly liberal democracy. National Security Advisor John Bolton and Trump confidante Rudy Giuliani would undoubtedly like to see the Mojahedin-e Khalq (MEK) take over for the Islamic Republic, since both have been MEK fans ever since the group started paying them. Some Iranian expats support the restoration of the Pahlavi dynasty. But there is absolutely no evidence that either of these communities has any purchase inside Iran. Absent a U.S. invasion to install one or the other in power—which may be the intention—it’s hard to see them emerging as the leadership of a hypothetical new Iran.

Instead, a military dictatorship controlled by former elements of the Islamic Revolutionary Guard Corps might emerge from the chaos of collapse. Such a militaristic, authoritarian state would no longer be bound by any legal or religious restrictions on the production of weapons of mass destruction. It could also believe—as North Korea does—that the only way for Iran to deter U.S. threats is to develop nuclear weapons. In other words, the collapse of the Islamic Republic could make US concerns about Iran’s nuclear intentions a self-fulfilling prophecy.

Which, again, may be what some in the Trump administration want. Though Pentagon leaders may not want a war with Iran, Bolton clearly does, and he’s in the White House every day with direct access to the ever-persuadable Trump. Again, it’s impossible to see how MEK—which Bolton supports—could possibly come to power in Iran without U.S. military support. But the ambiguities of the Islamic Republic, which sometimes elects moderate presidents and wherein two successive Supreme Leaders have ostensibly foresworn nuclear weapons as un-Islamic, doesn’t offer U.S. hawks like Bolton the kind of absolute justification for war that, say, Saddam Hussein offered 15 years ago. A military regime, on the other hand, could be just the ticket.