Why Are We Still Talking About Iran In The World Cup? 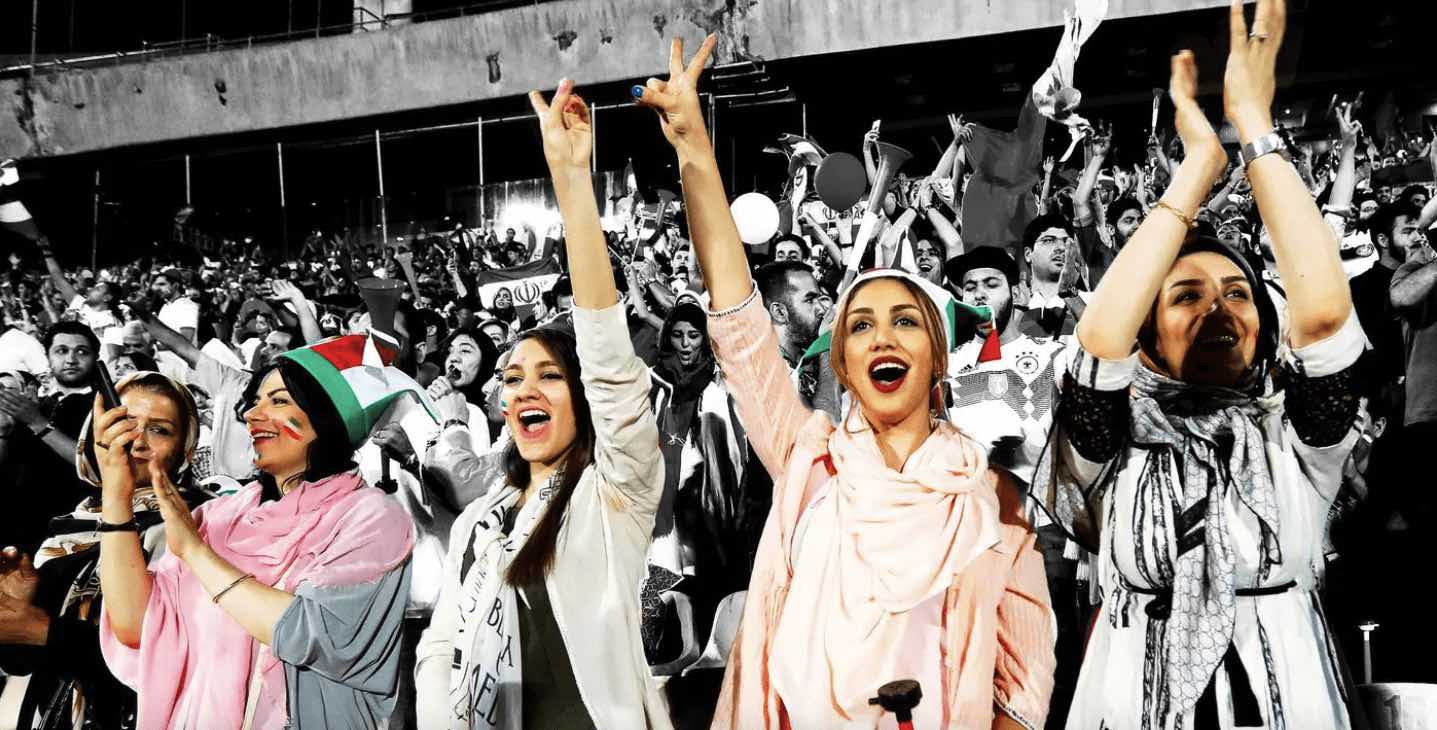 While it may not have been an all out win for Iran this World Cup, there were nonetheless still some small victories.

Iran’s team did not finish last in its group. It stopped a goal from legendary Portugal scorer and tour de force Cristiano Ronaldo. And women were allowed for the first time in 38 years to sit in a football stadium, in Tehran, and watch the beautiful game from the bleachers. Something that has only been possible before while disguised as men.

The event which was captured in photos and a social media frenzy of selfies was hailed as momentous and an indication of progress. The only hope is that it moves from a ‘moment’ to a permanent reality. No small feat as activists have realized, having advocated to reverse a ban, which is not a law but rather a policy, for the last four years.

Iranian groups like My Fundamental Right and OpenStadiums have been raising awareness inside Iran and now My Fundamental Right’s Maryam Qashqaei Shojaei who earlier formed a petition demanding FIFA use its power to call for an end to Iran’s stadium ban for women, will now present it to its President Gianni Infantino during the World Cup, having raised more than the 100,000 signatures she was initially seeking.

Activists for equality in sport have long been advocating for parity of women and girls with men in sport, so the benefits can be shared across the whole gender spectrum.

Shojaei also believes that it is “such a basic right” that “overturning the ban should not be impossible”.

She spoke to The Iranian before Iran’s last match against Portugal, where she hoped to raise her protest banner for a second time. According to Reuters, Shojaei had succeeded. Perhaps a relief for the campaigner who endured a harrowing experience being erroneously stopped by Russian security while trying to protest at Iran’s match against Spain on Wednesday 20 June 2018, an experience she described as “rough” and ended with Russian security officials telling her that they had thrown her banner in the bin. Luckily that wasn’t the case and she was able to unfurl it for a second time, the first being during the Morocco kick off on 15 June. Shojaei received advanced approval from FIFA to protest, which surprised many, but was allowed as the subject was considered a ‘social movement’ rather than a ‘political protest’.

Now Shojaei will seek to present the petition to Infantino during the World Cup tournament, the outcome of which isn’t easy to predict.

Iranian authorities have claimed that the ban is in place in order to “protect” women in part due to the swearing that takes place at sporting events. And it has been applied to other male sports as well, denying players the support of their mothers, sisters, spouses or even daughters. It is now the last country to have such a ban in place, with Saudi Arabia allowing women into football stadiums for the first time this year.

However, there has been support from Iran’s President Hassan Rouhani to overturn the ban and on FIFA’s part, the federation’s former President Sepp Blatter did initiate action from the Iranian Ministry of Youth Affairs and Sport in 2015. According to The New York Times, a spokesperson declared that women and their families would be allowed to attend most athletic events bar those where male athletes wore particularly revealing clothing.

This was never followed through. Shojaei told The Iranian that after the corruption scandal hit Blatter, Iranian authorities refused to concede to an argument put forward by a corrupt institution like FIFA.

FIFA has used its influence before however, which has come to light at previous World Cups including Brazil 2014, where they even managed to ensure a bill was passed that would allow drinking in stadiums for the duration of the games. A measure, which was arguably secured to protect its sponsorship deal with Budweiser.

The petition has received excellent support so far, evident by the signatures collated, widespread social media sharing and international news coverage. And should Infantino not respond to the petition this tournament, something suggests that those involved will not relent until he does.

You can support the campaign #NoBan4Women by signing the petition and sharing it on social media.