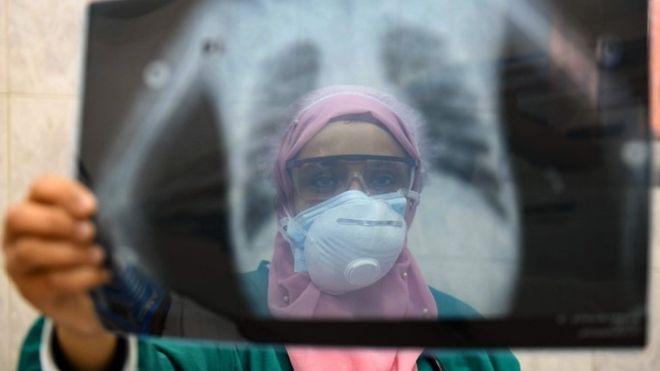 As countries around the globe announce their reopening plans and easing of coronavirus lockdown measures, Egypt has witnessed recent a surge in infections, with coronavirus cases reaching  49,289 cases and 1672 deaths on 16 June.

Earlier in May, the Egyptian government had announced the gradual reopening of its economy as part of a three-stage plan. We are left to wonder: why did Egypt’s lockdown measures apparently fail to contain the spread of the virus?

Countries around the world have adopted different strategies to contain the pandemic. Some have shown signs of success, such as the extensive testing, contact tracing and quarantining carried out in Singapore, Taiwan and South Korea.

Others, such as the US, UK, Italy, Sweden and Spain, have been dominated by muddled strategies and government missteps.

We also saw many developing countries implement lockdown measures similar to those in developed countries, despite low infection rates and contrasting social, cultural and economic factors. For decades, developing countries have attempted to simulate the Western model, transplanting legal, political and economic values, even in times of crisis – regardless of the fiscal disparities.

In Egypt, where around 60 percent of the population is poor or vulnerable and 58 percent of the workforce is informally employed, the rentier economy depends on oil and gas production, tourism, remittances and Suez Canal revenues.

The state-imposed lockdown measures in March, including a night curfew, suspension of schools and universities, halting of flights, and shuttering of restaurants, malls and places of worship. At the time, Egypt had reported only 456 cases, including 21 deaths.

Lockdown measures are affecting the most vulnerable groups in Egypt and dealing a blow to the Egyptian economy, especially its vital tourism sector and remittances. The dismissal of Egyptian employees in Gulf countries has created an additional burden.

A key reason for Egypt’s coronavirus policy failure appears to be a lack of monitoring through data collection, which can provide insights into the disease curve. And the numbers officially announced might not reflect the true scope of the problem; an Egyptian minister recently acknowledged that the true tally of infections was five times higher and the death toll 10 times higher than initially reported.

The uncertainty and absence of transparency surely contributed to Egyptians’ failure to fully comply with measures ordered by the state, leading many to believe the state was not being honest with them.

Egyptian state and media denials and conspiracy theories were put forth to back their claims of a low number of cases, instead of addressing the medical, social and economic implications of the pandemic.

In the early days of the outbreak, other countries criticised Egypt after returning visitors tested positive for the virus, despite Egypt’s claim that it was free of Covid-19.

Egypt also lacks key measures to reduce infection rates, including access to clean water in many rural areas and urban slums, with 7.3 million Egyptians deprived of access to safe water. In addition, 8.4 million Egyptians do not have access to improved sanitation, mostly in rural areas. Around 13 percent of rural households don’t use soap or other detergents.

Another key problem is the fragile and weak healthcare system in Egypt, characterised by wide geographical disparities. There are only 3,000-4,000 ventilators and 11,000 intensive care beds for a population of 100 million. The health system in Egypt accounts for just 5 percent of the country’s GDP. With such a low level of public investment, the increased reliance on private care has deepened social injustices.

Government policies have revealed that Egypt’s economy is the state’s primary concern, and large entities and industries are viewed as more valuable than small businesses or vulnerable citizens. Most of the economic policies implemented by the government with respect to Covid-19 have focused on big business, with 20 billion Egyptian pounds ($1.2bn) earmarked for the Egyptian stock exchange, as one example.

Social protection policies for everyday workers have been dismal, with informal workers offered aid of just $32 a month, insufficient to meet their basic needs. The Egyptian government has clearly neglected the urgent need for a social safety net to avoid millions falling into poverty.

Time has played a crucial role in the coronavirus crisis, allowing states to examine the negative and positive outcomes of different approaches, and possibly to tailor their responses accordingly. Egypt, on the other hand, imported a response that did not suit its economic or social conditions. Therefore, recognising the main social and economic problems of Egypt can help demonstrate why these transplanted lockdown measures have failed in Egypt, reflecting the need for realistic policies that can adapt measures to the local circumstances.