Why is Iran so paranoid about environmentalism? 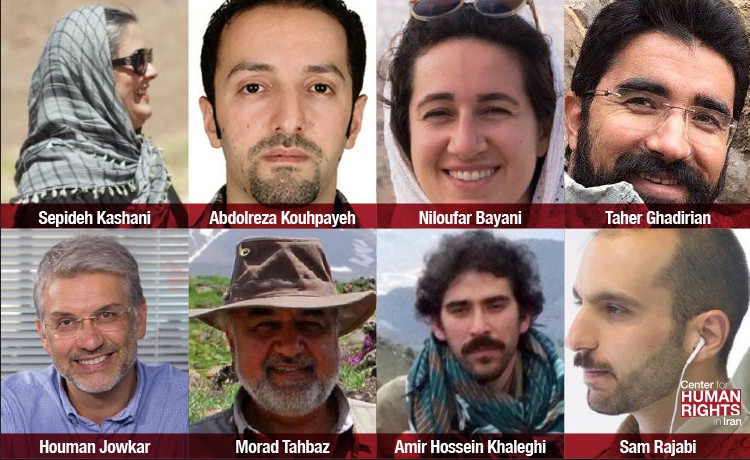 A group of Iranian conservationists, working for the Persian Wildlife Heritage Foundation (PWHF) and known for their exemplary efforts in preserving the endangered Asiatic (Iranian) cheetahs, were arrested in early 2018 under espionage charges. The country’s Islamic Revolutionary Guard Corps (IRGC) claims that the PWHF members have collected sensitive environmental information for the intelligence agencies of “hostile nations” and were monitoring Iran’s ballistic missile program using camera traps.

Out of the nine detained conservationist, Kavous Seyed Emami suspiciously died in an alleged suicide two weeks after his arrest. The rest have been in “temporary detention” ever since and will face serious penalties, if convicted, for “acts against national security”.

Their trial is occurring behind closed doors with an indictment that is claimed to be “a matter of national security”, too sensitive to be disclosed publicly. Though the absurd espionage scenarios promoted by the IRGC-directed media reveal that part of their accusations could be related to the PWHF’s large international network of collaborators, including Panthera — a charitable organization devoted to preserving big cats. This internationally reputable organization has been founded by Thomas Kaplan, a New York City based-billionaire with interests in both the environment and politics, one with the power to unite and the other existing to divide.

Kaplan’s support of endangered big cats around the world is probably unrelated to his anti-Iran advocacy activities, outspoken criticism of Iran’s leadership and its nuclear program, and ties to Israel, Saudi Arabia, and the UAE. But a paranoid system in fight with the world’s powers is incapable of appreciating the love of its political enemy for its charming cheetahs.

I had a mystifying work experience in Iran. As an ex-pat environmental expert, I returned home at the invitation of President Rouhani’s government for a high level post in the administration. But the IRGC, acting as Iran’s shadow government, accused me of spying for Mossad, CIA, and MI6.

I only hold Iranian citizenship but they claimed I was a dual national that “infiltrated” the system to jeopardize national security by intentional misleading policy advices and bad decisions. I had a range of mind-blowing accusations like efforts to manipulate the weather to cause water shortage.

I was not naïve about the difficulties that I would face while working as the deputy vice president of a system that I had no prior political ties to. Though, I never expected to be considered a traitor and to become a victim of domestic and international power battles so quickly. Even after resigning and leaving Iran, the hardliner smear campaigns against me continue.

This bizarre treatment is partly rooted in the lack of technical knowledge and ignorance. Monitoring missile activities by camera traps or weather manipulation are simply ridiculous claims. The IRGC’s propaganda and power battle against the Rouhani’s administration that recruited me and believes in innocence of the PWHF members are the other drivers of this aggressive behavior. Yet, this frustrating level of paranoia has another important but overlooked cause.

Both Iran and its opposition have correctly recognized the potential of the environment as a weapon against national security. Anger at a range of environmental problems across the nation can unite people. Frustrated with the increasing environmental awareness and the resulting public pressure, the Islamic Republic is securitizing the environmental space.

On the other hand, its enemies politicize this space and use criticism of Iran’s environmental management as a tool to mould opposition groups. But this politicization strategy is not limited to the Iranian opposition circles only.

The US president does not believe in climate change, has put a former coal industry lobbyist in charge of environmental protection, and is leaving the Paris agreement. Yet, Donald Trump, his secretary of state, Mike Pompeo, and his administration’s special representative for Iran, Brian Hook, seem to have been obsessed with the environmental degradation in Iran, a country that they want economically paralyzed.

And Benjamin Netanyahu does not seem to be that anxious about the dying Dead Sea in his backyard or the access of Palestinians to water. Instead, he chose to express his concern over Iran’s water crisis in a televised address to the Iranian people in which he accused Iran of denying vital water to its citizens, offered to share water expertise with Iran, and promised to help “save countless lives” in a country that he also brands his most significant enemy.

Such politically motivated statements by the Islamic Republic’s adversaries have increased the state’s paranoia and strengthened conspiracy theories about using environmental issues as a cover for acts against the state. The resulting politicization-securitization loop has formed a damaging trend, causing confusion and frustration for the country’s environmental experts, 900 legally registered environmental NGOs, and environmentally concerned citizens.

I had no hand in the decisions made in Washington D.C. and Jerusalem, but was repeatedly challenged with one question during my interrogations: “Why do the countries that impose sanctions on Iran and do anything to make us fail care so much about our water and environment?”

With that experience, I can imagine how frustrated the PWHF members were after learning that in a New York event in September 2017, the founder of Panthera had lashed out at Iran. A few weeks later, the group wrote a letter to Panthera’s president, expressing their consternation about what they recognised as “absolutely baseless” and “insulting” allegations about Iran and “its people”. In this letter, PWHF questioned Kaplan’s association with the anti-Islamic Republic advocacy group, United Against Nuclear Iran (UANI).

While I do not know what has exactly happened to the PWHF environmentalists in prison, I suspect they have repeatedly faced one troubling question during interrogations: “why does an American Jewish billionaire, who funds an anti-Iran organization care so much about conserving cheetahs in Iran?”

Image: Eight Iranian conservationists have been in the Evin Prison since early 2018, being accused of using environmental activism as a cover for a mission to disrupt national security.

Kaveh Madani (Twitter: @KavehMadani) is a former Deputy Head of Iran’s Department of Environment, a Henry Hart Senior Fellow at the MacMillan Center for International and Area Studies at Yale University, and a Visiting Professor at the Centre for Environmental Policy at Imperial College London.