Why Israel won’t win in Gaza 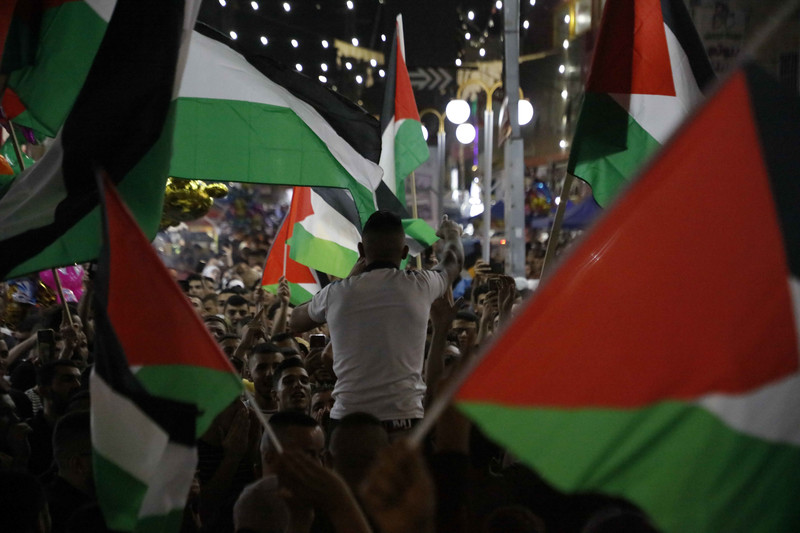 Palestinian armed groups made good on their threats to strike Tel Aviv with unprecedented fire after Israel leveled a residential tower in Gaza on Tuesday.

Resistance factions had warned Israel that they would hit its commercial capital if such strikes occurred. After Israel bombed a multi-story apartment building in Gaza City, more than 100 rockets were launched towards Tel Aviv.

Two women, including a caregiver from India, were killed in Ashkelon in southern Israel earlier in the day.

Despite successive military offensives following its unilateral withdrawal of settlers from the territory in 2005, Israel has failed to defeat the armed resistance in Gaza.

Instead, armed groups in the isolated Strip have only strengthened their capacity and ability to disrupt life in Israel, with little to no other means to shift the severe imbalance of power between the stateless Palestinians on the one hand, and one of the world’s strongest militaries, on the other.

The tightened siege of collective punishment that Israel has imposed on Gaza since 2007 has made life miserable for the more than two million Palestinians living there.

That siege came after Hamas’ unexpected victory in the 2006 Palestinian legislative elections and a failed US-backed attempt to rout the group militarily in Gaza.

At the heart of the Israeli and international attempts to undermine Hamas is its rejection of the normalization program subscribed to by the Palestinian Authority in the West Bank, whose “security” forces collaborate with Israel to thwart Palestinian resistance to the occupation.

In other words, the PA serves as an enforcement arm of the Israeli occupation while the armed wings of Hamas and other factions in Gaza assert the Palestinian people’s right to self-defense against Israeli aggression.

The so-called Middle East Quartet (EU, Russian Federation, UN and US) has sought the disarmament of these groups in Gaza, where most of the population are refugees from villages in what is now called Israel.

For more than 70 years, Israel has denied Palestinian refugees in Gaza, and millions of others elsewhere in the diaspora, from exercising their right to return on the basis that they are not Jews.

Dozens of Palestinians were killed and thousands maimed by Israeli army sharpshooters while asserting that right during Great March of Return protests held along Gaza’s eastern and northern boundary beginning in 2018.

Palestinian families in Gaza have paid the heaviest price for insisting on their right to self-determination.

More than 30 Palestinians, including 10 children, have been killed in Gaza since Israel began bombing it on Monday.

Meanwhile, in the West Bank, a Palestinian man was killed and another seriously injured by Israeli soldiers on Tuesday.

Israel initially claimed the pair, both reportedly members of Palestinian Authority intelligence services, had attempted a shooting attack. Israeli media later reported that the Palestinians were not carrying a gun and were not attempting an attack when they were shot.

Despite the unbridgeable political disunity between the resistance camp in Gaza and the normalization camp in Ramallah, Palestinians throughout their homeland, the entirety of which is under Israeli control, are rising up.

Decades of occupation, fragmentation, severe movement restrictions and a myriad of other Israeli policies of oppression have failed to pulverize resistance to its settler-colony regime and a sense of national unity among Palestinians even amid a vacuum of political unity.

Ismail Haniyeh, the head of Hamas’ political wing, saluted Palestinian citizens in Israel as the “protection wall” of Jerusalem and its al-Aqsa mosque, which was besieged by Israeli police while full of Ramadan worshippers on Monday.

Dozens of Palestinian families are facing forcible eviction in the East Jerusalem neighborhood of Sheikh Jarrah to make way for Jewish settlers.

The families that Israel seeks to evict in Sheikh Jarrah are refugees denied their right to return to the homes from which they were expelled around the time of Israel’s founding in 1948.

Palestinian citizens of Israel in Haifa, from which some families in Sheikh Jarrah were originally expelled, have protested in recent days, as have their brethren in Nazareth and Jaffa.

Israel’s paramilitary Border Police were deployed to Lydd, a Palestinian city inside Israel also known as Lod, on Tuesday following more than a day of riots.

Lydd’s mayor, Yair Revivo, asked Netanyahu to call in the Israeli military to the city and “impose a curfew,” describing the situation as “an intifada of Arab Israelis,” using the term Israelis typically use for Palestinian citizens of the state.

Revivo claimed that “civil war has erupted” in the city and that synagogues and cars were being burned while Orthodox nationalist Jews were roaming the streets with guns.

A Palestinian man was shot and killed by a Jewish Israeli vigilante in Lydd on Monday in a suspected hate crime.

Palestinians in Lydd had rallied in defense of al-Aqsa mosque on Monday and in solidarity with families in Sheikh Jarrah.

Palestinian families in Lydd have also been subjected to forced displacement via home demolitions as Israeli land zoning privileges housing for Jewish citizens over Palestinians.

A growing consensus recognizes what Palestinians have been saying for years: that Israel has “pursued an intent to maintain the domination of Jewish Israelis over Palestinians throughout the territory it controls,” as Human Rights Watch recently concluded.

Lydd’s mayor warned on Tuesday that “we have completely lost control,” indicating that the state is finding that Palestinian citizens of Israel, who are subjected to dozens of discriminatory laws and economic and social marginalization, to be no longer governable.

The mayor’s call on Netanyahu to deploy the military to Lydd is akin to calling in arsonists to put out a fire.

But that is the only logic that the State of Israel knows.

Militarism is at the core of the Zionist project in Palestine which began long before Israel’s founding in 1948.

Military force was viewed as necessary to usurp Palestinian land and to quash indigenous resistance against that theft a century ago and remains so today.

Palestinians continue to resist the ongoing process of Zionist settler-colonization and don’t appear to be giving up anytime soon.

The will of a colonized people for liberation and self-determination cannot be crushed by military force, by siege, or any new technology from Israel’s innovative labs of oppression.

Just how many more lives will be lost before Israel accepts this truth is up to the rest of the world to decide.

Posted on Electronic Intifada 12 May 2021