Will Massive Lebanese Demos end the Country’s Era of Corruption? 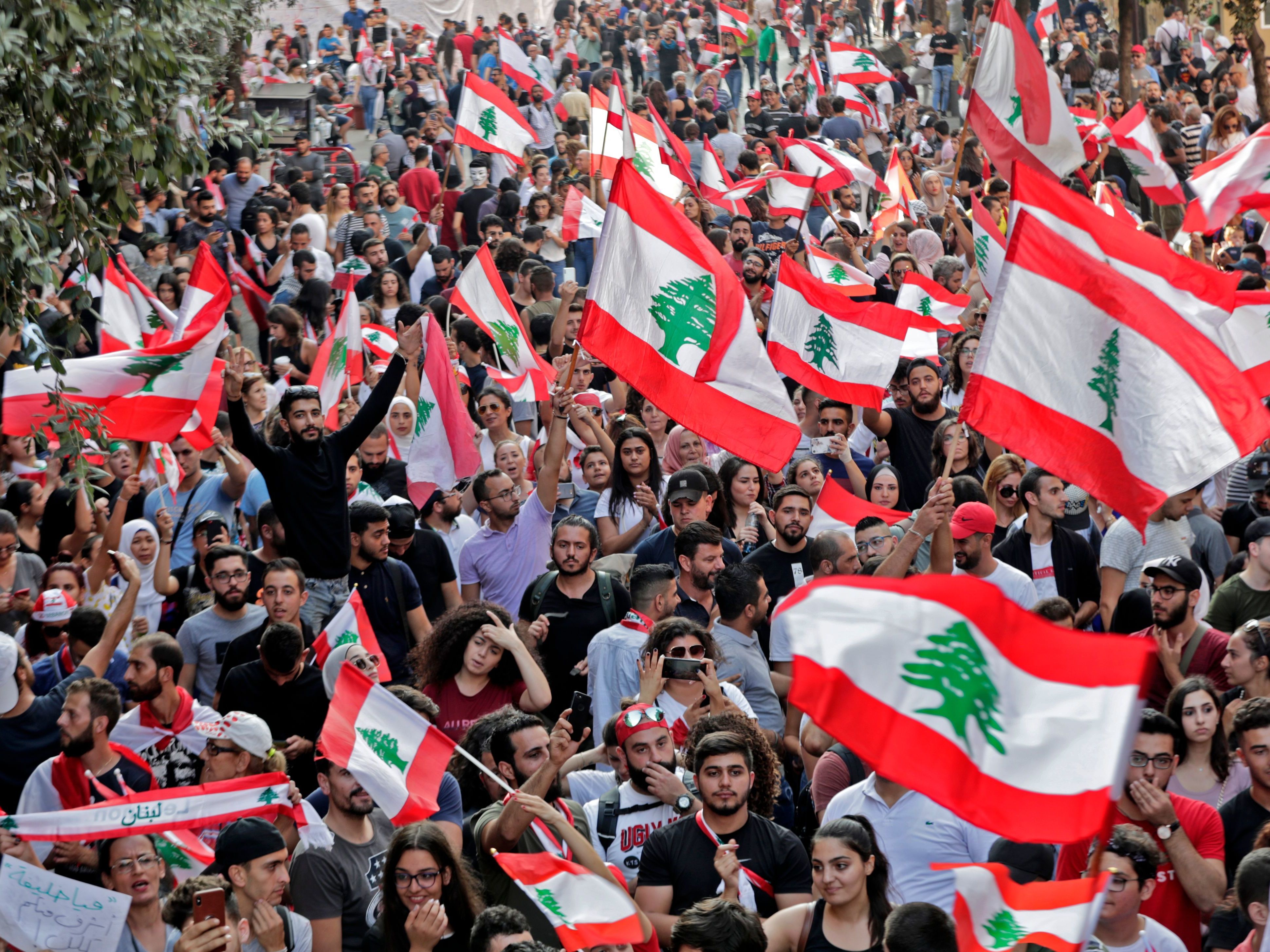 We may be too optimistic to hope that the massive demonstrations that have spread in all the cities of Lebanon will lead to the collapse of Hariri’s regime that has ruled the country for about 30 years. This regime was established when businessman Rafik Hariri, close to Saudi Arabia, became Prime Minister in 1992 following the “Taif Agreement” that ended the country’s civil war. This era, which has obscured the old epochs with all its political symbols and excluded political parties that have arisen since the age of independence such as Karami, Al-Hoss, Shehab, Shimon, El-Khoury, Franjieh, Edde, etc. Indeed, the leadership of communities in Lebanon is inherited, and the Lebanese political regime, in general, is based on a quota system between the communities. The “Taif Agreement further established such a system. Such a system was further established by the “Taif Agreement”.

Accordingly, the president, the army chief, the head of the Central Bank belong to the Maronite community, the Prime Minister is from the Sunni community, and the speaker of the parliament comes from the Shiite community. Besides, the “Taif Agreement” stipulated that there should be a Senate headed by a Druze chairman, but it has not yet been established. The ministries shall be distributed among all 18 religious communities, and their members shall be represented in the Chamber of Deputies. It is this repugnant sectarian system that divides the Lebanese and provokes sensitivities and grudges. Instead of being enriching, this religious, cultural and civilization diversity, has become a burden on the Lebanese people, provoking many of the problems and crises that Lebanon is going through, especially with the Shiite sect dominating the other sects due to possessing weapons, despite Hezbollah’s claims that its weapons were only directed against Israel.

Contrarily, in May 2008, Hezbollah directed its weapons against the Lebanese in Beirut, which turned this organisation into a state within the Lebanese state. Hezbollah is the party that chooses the president and easily manipulates it, directing him as it wishes. Moreover, it is Hezbollah that runs the affairs of the state and disrupts the situation whenever the organisation wishes, by sticking to the one-third of the government under their control. Thus, Hezbollah passes whatever laws it finds favourable and stops decisions that the organisation considers unappealing or against its interests.

This does not matter. Let us return to the demonstrations that filled the streets of Lebanese cities. These demonstrations were initially in protest against imposing taxes on (WhatsApp) and then developed rapidly to demand the overthrow of the regime and were consequently met by the government’s violence.

The situation escalated, and the army descended to break up the sit-ins, and there have been clashes between the security forces and demonstrators which resulted in injuries and arrests, and setting fires in some public and private properties.

The State Council building in the centre of Beirut was burned, increasing tension between protesters and security forces, leading to hit-and-run cases and the situation became out of control. This led the government to issue the decision to close schools and universities and suspend work in the courts as public protests escalated.

President of the Republic, Michel Aoun said that he understands the demands of the demonstrators and that they have begun measures to repair the situation in the country while Hariri gave his partners in the government 72 hours to support the reforms, asking them to submit a solution to the economic crisis if they have any.

Hassan Nasrallah went out to address demonstrators, saying that he understands the anger of the masses, yet stressing that there must be no overthrow of the ministry, early parliamentary or presidential elections. Therefore, Nasrallah stood against the masses and rejected their demands, which led the demonstrators to chant against him, describing him as a corrupt among corrupts leading the country.

Lebanese demonstrators demanding resignation of the government gather at Martyrs’ Square during an anti-government protest against dire economic conditions and new tax regulations on messaging services like Whatsapp, in front of the Mohammad Al-Amin Mosque in Beirut, Lebanon on 20 October 2019. [Mahmut Geldi – Anadolu Agency]

In reality, the economic crisis in Lebanon is not new, but it began many years ago, as a result of the accumulation of debts borrowed by the late Prime Minister Rafik Hariri, which amounted to 86.2 billion dollars, and this number is likely to rise, according to a statement issued by the Lebanese Ministry of Finance.

Lebanon is considered as one of the highest indebted countries in the world, in addition to the rampant corruption in the country since the beginning of the Hariri era, which was extended from father to son. The family and those close to them took over all the country’s wealth and occupied all investment projects in the country, which created a “parasite class”, Known as “Hariri class”, turning Lebanon into a country ruled by a gang. Meanwhile, the Lebanese citizen is suffering from the hardship of life, struggling to make ends meet while heavy taxes are being imposed on him.

International newspapers, most notably the New York Times, have published news about Saad Hariri offering $16 million to Candice van der Murray, a South African supermodel who specialises in bikini and lingerie shows, and with whom he has a relationship!

The masses came out after they lost faith in all parties, and decided to get their right to the looted wealth of their country. They wish to overthrow the “rotten” political system, the system of sects and quotas. They, in short, want to overthrow the Hariri corrupt era. This move does not resemble “the rice revolution” of 2005. It is not the “empty stomachs revolution”, either. It is indeed the revolution of the disadvantaged and the destitute.

The vast majority of protestors come from the middle class or its remnants. This social class falls very quickly to poverty, making this uprising spectacular in its inclusiveness, breadth and strength. This social class is hazardous because it is the backbone of societies and is the change maker and people belonging to this class are highly conscientious, and this is what shocked everyone.

The fact that people went out all at once and rose against the grip of sectarianism as well as the destruction of the idols of the leaders in such a manner that shakes the corrupt political crew hiding behind bigotry, which is its only weapon to power and continuity.

This state has failed in fulfilling its duties and granting the rights of its citizens. The conflict will not end until the people have a non-failing state, a state of justice governed by law rather than families and gangs.

This state has failed in fulfilling its duties and granting the rights of its citizens. The conflict will not end until the people have a non-failing state, a state of justice governed by law rather than families and gangs.

Amira Abo el-Fetouh is a political and literary author and screenplay writer based in Cairo, Egypt.