Will Turkey be dragged deeper into Syria? 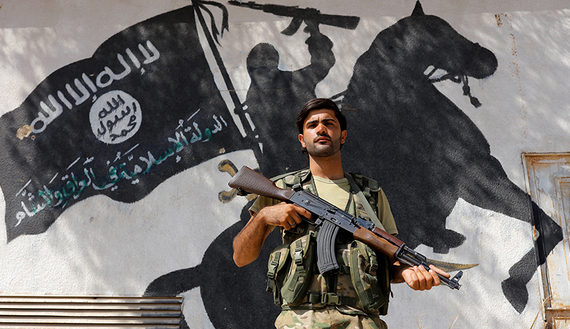 The main determinant for Turkey’s Operation Euphrates Shield in Syria, launched Aug. 23 in cooperation with Ankara-sponsored jihadi groups, was not the threat posed by the Islamic State (IS). Rather, it was the US support for the Kurdish Democratic Union Party (PYD), which Ankara sees as an offshoot of the Kurdistan Workers Party (PKK). Without American support, the PYD’s armed wing, the People’s Protection Units (YPG), would have failed to cross to the western side of the Euphrates to wrest Manbij from IS, and therefore the prospect of a “Kurdish corridor” from Afrin to Kobani would not have emerged to give Ankara sleepless nights. Turkey would not have been forced to send its troops to Syria, something it had long refused to do.

Ankara had favored IS over the PYD as its neighbor on the border, but the Unites States’ alliance with the PYD against IS came as a dramatic shift of circumstances that ultimately pushed Ankara to fight IS in earnest. And while this article was penned, news broke that the operation’s stated objective had been achieved — the Turkish forces and their allies, advancing both from the east and the west of the 90-kilometer (56-mile) border stretch between Azaz and Jarablus, had linked up on the 12th day of the operation, cleansing the entire border from IS.

How Turkey’s intervention will proceed from now on is something that all regional actors must be curious about.

That a de facto “safe zone” is being created along the Azaz-Jarablus line is obvious. But how is this zone going to be secured as long as the IS threat, coupled with the prospect of a war of attrition, persists? Will the Turkish troops be forced to advance deeper toward al-Bab, down a corridor sandwiched between regime-held areas to the west and YPG-controlled areas to the east?

For Turkey, the Euphrates Shield’s main weakness is the shortcomings of the jihadi groups it has patched together under the Free Syrian Army (FSA) label. The resistance IS put up at al-Rai, halfway between Azaz and Jarablus, made it clear that those groups can hardly advance on the battlefield without close support from Turkish armored units. The Sept. 2 reports that IS recaptured four villages from the FSA at al-Rai were followed by Turkish armored units entering Syria from the same area and opening a second front the very next day. This timing was hardly a coincidence.