Without US Aid, Israel Wouldn’t Be Killing Palestinians En Masse 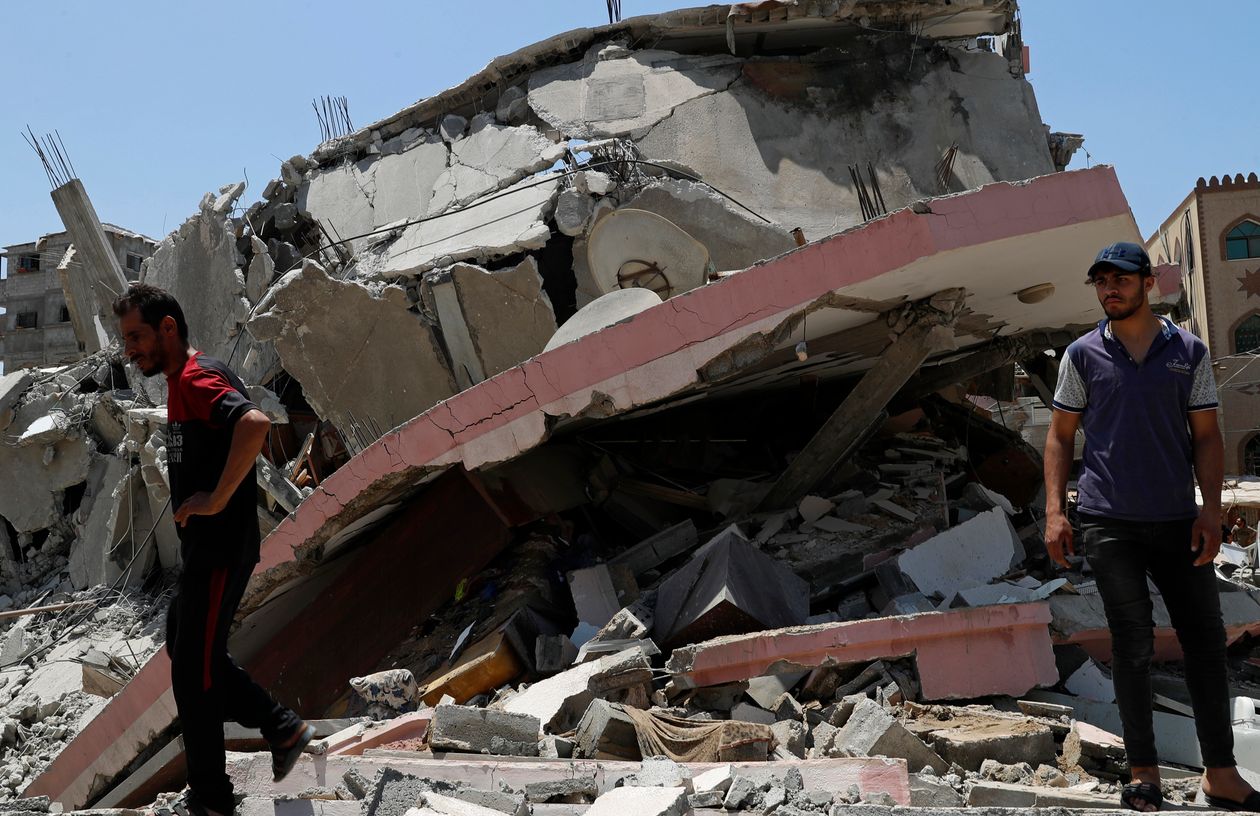 Successive Israeli governments have been trying for years to push Palestinians out of the Holy City of Jerusalem, and the latest round of Israeli attacks fall in line with that goal. But to understand the roots of the current escalation — and the possible threat of all-out war — one must examine the U.S.-backed, foundational Israeli government policy of using strategies of “terror and expulsion” in an effort to expand its territory by killing and displacing Palestinians, says Noam Chomsky, in this exclusive interview for Truthout.

Chomsky — a Laureate Professor of Linguistics at the University of Arizona and Institute Professor Emeritus at MIT — is internationally recognized as one of the most astute analysts of the Israeli-Palestinian conflict and Middle East politics in general, and is a leading voice in the struggle to liberate Palestine. Among his many writings on the topic are The Fateful Alliance: The United States, Israel and Palestinians; Gaza in Crisis: Reflections on Israel’s War Against the Palestinians; and On Palestine.

C.J. Polychroniou: Noam, I want to start by asking you to put into context the Israeli attack against Palestinians at the al-Aqsa Mosque amideviction protests, and then the latest air raid attacks in Gaza. What’s new, what’s old, and to what extent is this latest round of neo-colonial Israeli violence related to Trump’s move of the U.S. embassy to Jerusalem?

Noam Chomsky: There are always new twists, but in essentials it is an old story, tracing back a century, taking new forms after Israel’s 1967 conquests and the decision 50 years ago, by both major political groupings, to choose expansion over security and diplomatic settlement — anticipating (and receiving) crucial U.S. material and diplomatic support all the way.

For what became the dominant tendency in the Zionist movement, there has been a fixed long-term goal. Put crudely, the goal is to rid the country of Palestinians and replace them with Jewish settlers cast as the “rightful owners of the land” returning home after millennia of exile.

At the outset, the British, then in charge, generally regarded this project as just. Lord Balfour, author of the Declaration granting Jews a “national home” in Palestine, captured Western elite ethical judgment fairly well by declaring that “Zionism, be it right or wrong, good or bad, is rooted in age-long tradition, in present needs, in future hopes, of far profounder import than the desires and prejudices of the 700,000 Arabs who now inhabit that ancient land.”

The sentiments are not unfamiliar.

Zionist policies since have been opportunistic. When possible, the Israeli government — and indeed the entire Zionist movement — adopts strategies of terror and expulsion. When circumstances don’t allow that, it uses softer means. A century ago, the device was to quietly set up a watchtower and a fence, and soon it will turn into a settlement, facts on the ground. The counterpart today is the Israeli state expelling even more Palestinian families from the homes where they have been living for generations — with a gesture toward legality to salve the conscience of those derided in Israel as “beautiful souls.” Of course, the mostly absurd legalistic pretenses for expelling Palestinians (Ottoman land laws and the like) are 100 percent racist. There is no thought of granting Palestinians rights to return to homes from which they’ve been expelled, even rights to build on what’s left to them.

Israel’s 1967 conquests made it possible to extend similar measures to the conquered territories, in this case in gross violation of international law, as Israeli leaders were informed right away by their highest legal authorities. The new projects were facilitated by the radical change in U.S.-Israeli relations. Pre-1967 relations had been generally warm but ambiguous. After the war they reached unprecedented heights of support for a client state.

The Israeli victory was a great gift to the U.S. government. A proxy war had been underway between radical Islam (based in Saudi Arabia) and secular nationalism (Nasser’s Egypt). Like Britain before it, the U.S. tended to prefer radical Islam, which it considered less threatening to U.S. imperial domination. Israel smashed Arab secular nationalism.

Israel’s military prowess had already impressed the U.S. military command in 1948, and the ’67 victory made it very clear that a militarized Israeli state could be a solid base for U.S. power in the region — also providing important secondary services in support of U.S. imperial goals beyond. U.S. regional dominance came to rest on three pillars: Israel, Saudi Arabia, Iran (then under the Shah). Technically, they were all at war, but in reality the alliance was very close, particularly between Israel and the murderous Iranian tyranny.

Within that international framework, Israel was free to pursue the policies that persist today, always with massive U.S. support despite occasional clucks of discontent. The Israeli government’s immediate policy goal is to construct a “Greater Israel,” including a vastly expanded “Jerusalem” encompassing surrounding Arab villages; the Jordan valley, a large part of the West Bank with much of its arable land; and major towns deep inside the West Bank, along with Jews-only infrastructure projects integrating them into Israel. The project bypasses Palestinian population concentrations, like Nablus, so as to fend off what Israeli leaders describe as the dread “demographic problem”: too many non-Jews in the projected “democratic Jewish state” of “Greater Israel” — an oxymoron more difficult to mouth with each passing year. Palestinians within “Greater Israel” are confined to 165 enclaves, separated from their lands and olive groves by a hostile military, subjected to constant attack by violent Jewish gangs (“hilltop youths”) protected by the Israeli army.

Meanwhile Israel settled and annexed the Golan Heights in violation of UN Security Council orders (as it did in Jerusalem). The Gaza horror story is too complex to recount here. It is one of the worst of contemporary crimes, shrouded in a dense network of deceit and apologetics for atrocities.

Trump went beyond his predecessors in providing free rein for Israeli crimes. One major contribution was orchestrating the Abraham Accords, which formalized long-standing tacit agreements between Israel and several Arab dictatorships. That relieved limited Arab restraints on Israeli violence and expansion.

The Accords were a key component of the Trump geostrategic vision: to construct a reactionary alliance of brutal and repressive states, run from Washington, including [Jair] Bolsonaro’s Brazil, [Narendra] Modi’s India, [Viktor] Orbán’s Hungary, and eventually others like them. The Middle East-North Africa component is based on al-Sisi’s hideous Egyptian tyranny, and now under the Accords, also family dictatorships from Morocco to the UAE and Bahrain. Israel provides the military muscle, with the U.S. in the immediate background.

The Abraham Accords fulfill another Trump objective: bringing under Washington’s umbrella the major resource areas needed to accelerate the race toward environmental cataclysm, the cause to which Trump and associates dedicated themselves with impressive fervor. That includes Morocco, which has a near monopoly of the phosphates needed for the industrialized agriculture that is destroying soils and poisoning the atmosphere. To enhance the Moroccan near-monopoly, Trump officially recognized and affirmed Morocco’s brutal and illegal occupation of Western Sahara, which also has phosphate deposits.

It is of some interest that the formalization of the alliance of some of the world’s most violent, repressive and reactionary states has been greatly applauded across a broad spectrum of opinion.

So far, Biden has taken over these programs. He has rescinded the gratuitous brutality of Trumpism, such as withdrawing the fragile lifeline for Gaza because, as Trump explained, Palestinians had not been grateful enough for his demolition of their just aspirations. Otherwise the Trump-Kushner criminal edifice remains intact, though some specialists on the region think it might totter with repeated Israeli attacks on Palestinian worshippers in the al-Aqsa mosque and other exercises of Israel’s effective monopoly of violence.

Israel’s settlements have no legal validity, so why is the U.S. continuing to provide aid to Israel in violation of U.S. law, and why isn’t the progressive community focusing on this illegality?

Israel has been a highly valued client since the demonstration of its mastery of violence in 1967. Law is no impediment. U.S. governments have always had a cavalier attitude to U.S. law, adhering to standard imperial practice. Take what is arguably the major example: The U.S. Constitution declares that treaties entered into by the U.S. government are the “supreme law of the land.” The major postwar treaty is the UN Charter, which bars “the threat or use of force” in international affairs (with exceptions that are not relevant in real cases). Can you think of a president who hasn’t violated this provision of the supreme law of the land with abandon? For example, by proclaiming that all options are open if Iran disobeys U.S. orders — let alone such textbook examples of the “supreme international crime” (the Nuremberg judgment) as the invasion of Iraq.

The substantial Israeli nuclear arsenal should, under U.S. law, raise serious questions about the legality of military and economic aid to Israel. That difficulty is overcome by not recognizing its existence, an unconcealed farce, and a highly consequential one, as we’ve discussed elsewhere. U.S. military aid to Israel also violates the Leahy Law, which bans military aid to units engaged in systematic human rights violations. The Israeli armed forces provide many candidates.

Congresswoman Betty McCollum has taken the lead in pursuing this initiative. Carrying it further should be a prime commitment for those concerned with U.S. support for the terrible Israeli crimes against Palestinians. Even a threat to the huge flow of aid could have a dramatic impact.

Featured image: People walk amid the rubble of a destroyed residential building which was hit by Israeli airstrikes, in Gaza City, Wednesday, May 12, 2021. AP Photo/Adel Hana

Posted on Z Communication and Truthout 13th May 2021