As Yemen Cholera Cases Reach 500,000, US and UK Condemned for Complicity 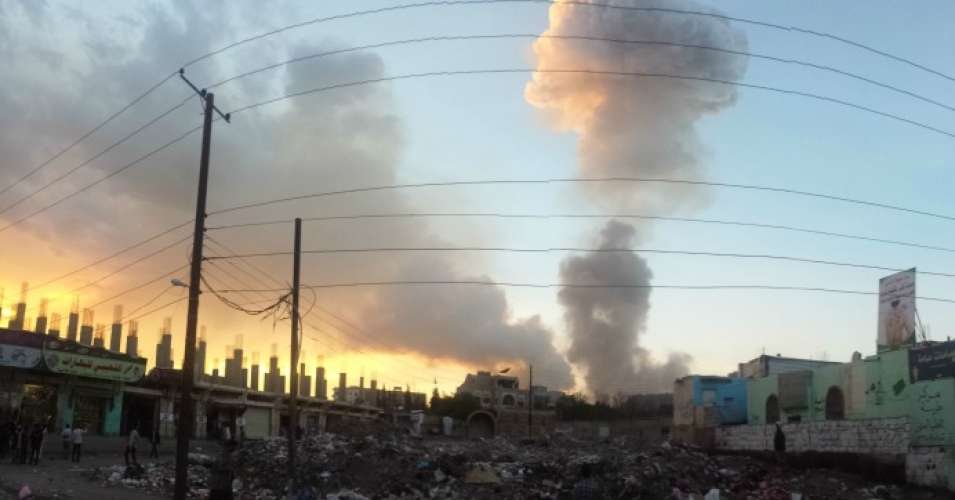 Published by Common Dreams on August 14, 21

The World Health Organization (WHO) on Monday announced that the number of cholera cases in Yemen had reached 500,000.

“In backing this war with billions of dollars of arms sales and military support, the U.S. and the U.K. are complicit in the suffering of millions of people in Yemen.”
—Katy Wright, OxfamThe WHO also noted that around 5,000 people are being infected with cholera daily, “and nearly 2,000 people have died since the outbreak began to spread rapidly at the end of April.”

“Yemen’s cholera epidemic, currently the largest in the world, has spread rapidly due to deteriorating hygiene and sanitation conditions and disruptions to the water supply across the country,” WHO noted in a statement. “Millions of people are cut off from clean water, and waste collection has ceased in major cities.”

WHO director-general Dr. Tedros Adhanom Ghebreyesus observed that Yemen’s health system—which has suffered mightily from endless conflict and insufficient funds—is not capable of handling the epidemic.

Yemen’s health workers are operating in impossible conditions. Thousands of people are sick, but there are not enough hospitals, not enough medicines, not enough clean water. These doctors and nurses are the backbone of the health response—without them we can do nothing in Yemen. They must be paid their wages so that they can continue to save lives.

To save lives in Yemen today we must support the health system, especially the health workers. And we urge the Yemeni authorities—and all those in the region and elsewhere who can play a role—to find a political solution to this conflict that has already caused so much suffering. The people of Yemen cannot bear it much longer—they need peace to rebuild their lives and their country.

Responding to the WHO announcement, Katy Wright, head of advocacy for Oxfam, called the cholera epidemic a “man-made disaster driven by national and international politics.”

Wright went on to single out two world superpowers—the United States and the United Kingdom—that have fueled conflict in Yemen by providing weaponry and intelligence to Saudi Arabia, which has for years been waging a relentless bombing campaign against its neighbor.

“All those fighting and backing this war need to stop fueling the madness and instead come to the peace table for the sake of civilian families in Yemen. Too many people have died, too many have lost everything they owned, too many have seen their futures put on hold, Wright concluded. “In backing this war with billions of dollars of arms sales and military support, the U.S. and the U.K. are complicit in the suffering of millions of people in Yemen.”