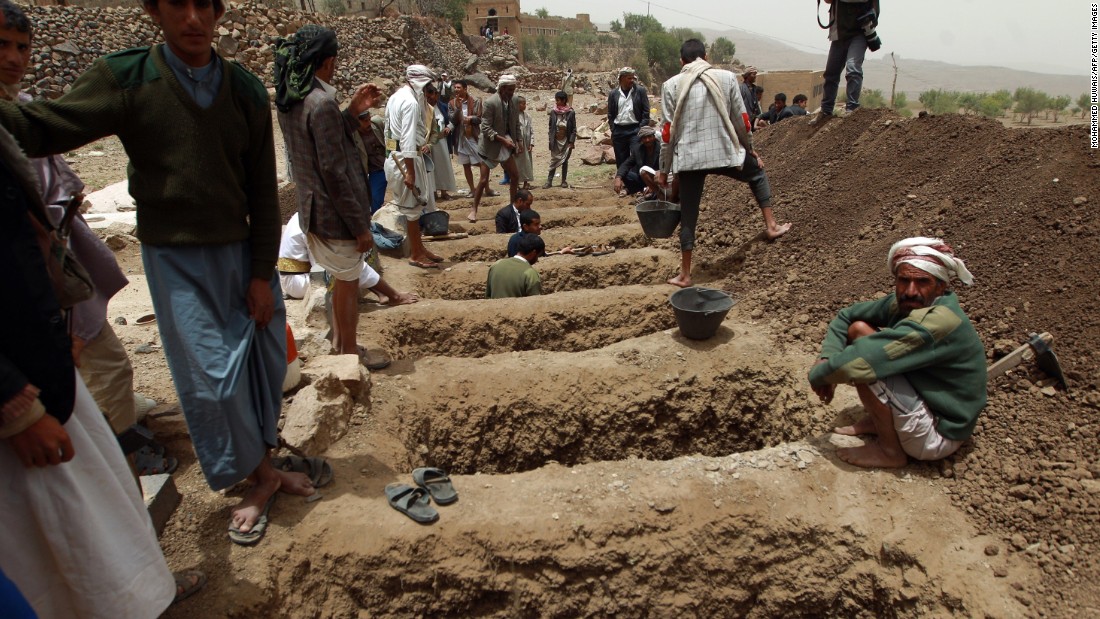 One reason Saudi Arabia and its allies are able to avoid a public outcry over their intervention in the war in Yemen, is that the number of people killed in the fighting has been vastly understated. The figure is regularly reported as 10,000 dead in three-and-a-half years, a mysteriously low figure given the ferocity of the conflict.

Now a count by a non-partisan group has produced a study demonstrating 56,000 people have been killed in Yemen since early 2016. The number is increasing by more than 2,000 per month as fighting intensifies around the Red Sea port of Hodeidah. It does not include those dying of malnutrition, or diseases such as cholera.

“We estimate the number killed to be 56,000 civilians and combatants between January 2016 and October 2018,” says Andrea Carboni, who researches Yemen for the Armed Conflict Location and Event Data Project (ACLED), an independent group formerly associated with the University of Sussex that studies conflicts and is focusing attention on the real casualty level. He told me he expects a total of between 70,000 and 80,000 victims, when he completes research into the casualties, hitherto uncounted, who died between the start of the Saudi-led intervention in the Yemen civil war, in March 2015, and the end of that year.

The oft-cited figure of 10,000 dead comes from a UN official speaking only of civilians in early 2017, and has remained static since. This out of date statistic, drawn from Yemen’s patchy and war-damaged health system, has enabled Saudi Arabia and the UAE – who lead a coalition of states strongly backed by the US, UK and France – to ignore or downplay the loss of life.

Casualties are rising by the day as Saudi and UAE-directed forces try to cut off Hodeidah – the last port controlled by the Houthi rebels – from the capital, Sanaa. Oxfam said this week, a civilian is being killed every three hours in the fighting, and between 1 August and 15 October, 575 civilians were killed in the port city, including 136 children and 63 women. An airstrike on Wednesday killed 16 civilians in a vegetable market in Hodeidah, and other strikes this month have hit two buses at a Houthi-held checkpoint, killing 15 civilians, including four children.

Little information about casualties in Yemen reaches the outside world because Saudi and the UAE make access difficult for foreign journalists and other impartial witnesses. By contrast to the war in Syria, the American, British and French governments have no interest in highlighting the devastation caused in Yemen – they give diplomatic cover to the Saudi intervention. But their deliberate blindness to the death of so many Yemenis is starting to attract more negative attention, as a byproduct of the flood of international criticism of Saudi Arabia in the wake of the premeditated murder of Jamal Khashoggi – now admitted by Saudi officials – in Istanbul on 2 October.

The absence of credible figures for the death toll in Yemen has made it easier for foreign powers to shrug off accusations they are complicit in a human disaster. That is despite frantic appeals from senior UN officials to the organisation’s Security Council to avert a manmade famine which now threatens 14 million Yemenis – half the population.

The crisis has worsened because of the siege of Hodeidah – with the city a lifeline for aid and commercial imports – since mid June, a situation that has forced 570,000 people to flee their homes. UN humanitarian affairs chief Mark Lowcock warned on 23 October “the immune systems of millions of people on survival support for years on end are now literally collapsing, making them – especially the elderly – more likely to succumb to malnutrition, cholera and other diseases”.

Just how many people die because they are weakened by hunger is difficult to know accurately, because most of the deaths happen at home and are unrecorded. This is particularly true of Yemen, where half the meagre health facilities no longer function, and people are often too poor to use those that do.

Loss of life from fighting should be easier to record and publicise, and the fact this has not happened in Yemen is a sign of the lack of interest by the international community in the conflict. Carboni says ACLED has been able to tally the number of civilians and combatants killed in ground fighting and bombing by drawing on the Yemeni press and, to a lesser extent, international media. ACLED has used these sources, after carefully assessing their credibility, to calculate the number of fatalities. Where figures differ, the group uses lower estimates and favours the claims of those who suffered casualties, over those who say they inflicted them.

It is difficult to distinguish between civilian targets that are deliberately attacked, and non-combatants who died because they were caught in the crossfire, or were close to a military unit or facility when hit.

A study by Professor Martha Mundy – Strategies of the Coalition in the Yemen War: Aerial Bombardment and Food War – concludes the Saudi-led bombing campaign deliberately targeted food production and storage facilities. Some 220 fishing boats have been destroyed on Yemen’s Red Sea coast and the fish catch is down by half.

ACLED began counting casualties after the war was under way, which is why it is only now researching loss of life in 2015, with its findings due to be published in January or February.

Carboni adds, the trend is for the number of people being killed to rise. The monthly total before December 2017 was fewer than 2,000 casualties, but since then it has always been more than 2,000. Almost all those who died are Yemenis, though the figures also include 1,000 Sudanese troops killed fighting on behalf of the Saudi coalition.

The Khashoggi affair has led to greater international focus on the calamitous war in Yemen, and the role of Saudi Arabia and Crown Prince Mohammed bin Salman in the conflict. But there is no sign of the US, Britain or France curtailing military assistance to the kingdom and the UAE, despite the likelihood the coalition will fail to win a decisive victory.

The true “butcher’s bill” in the Yemen war has taken too long to emerge, but it may help to increase pressure on outside powers to stop the killing.