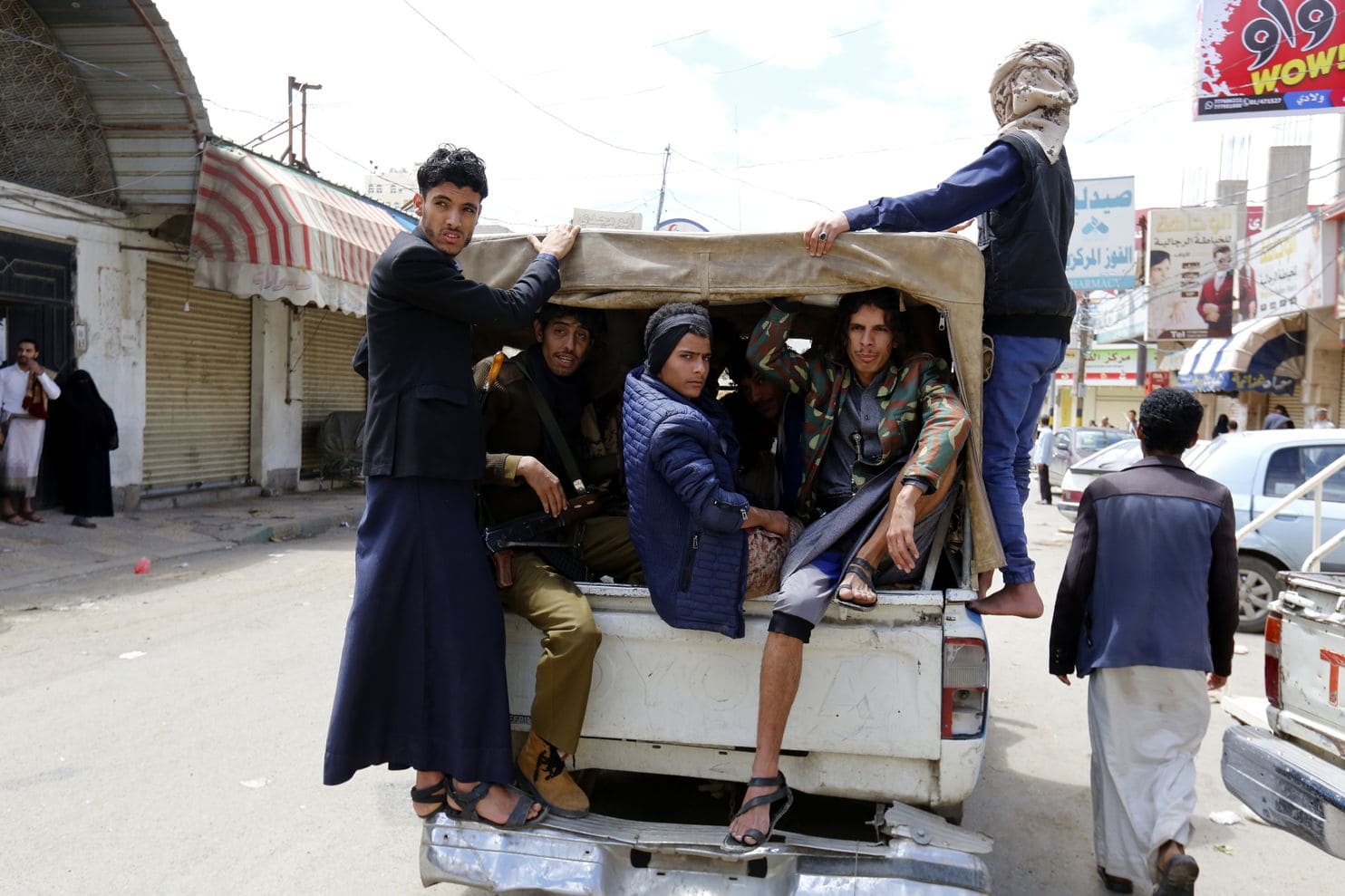 On May 14, Iran-aligned Houthi rebels in Yemen launched multiple drone strikes against Saudi Arabia’s oil facilities. These drone strikes targeted a major oil pipeline located just west of Riyadh and sparked fears of an escalation of tensions in the Persian Gulf, where just two days earlier two Saudi oil tankers were sabotaged off the coast of Fujairah in the United Arab Emirates, near the Strait of Hormuz.

Although Houthi drone strikes can be plausibly explained by Iran’s desire to retaliate against Washington’s exclusion of Tehran from global energy markets, this argument tells us only part of the story. My research on the Yemeni civil war suggests that these drone strikes can be partially explained by internal insecurities within the Houthi movement, as numerous Houthi officials have defected to Saudi Arabia in recent months. By targeting Saudi oil facilities, the Houthis can increase their popular support in northern Yemen. Houthi drone strikes play into the popular desire for revenge against Saudi Arabia’s alleged theft of Yemen’s oil wealth, showcase the Houthis’ ability to counter Saudi bombardments, and counter Saudi depictions of the Houthis as a terrorist group that targets civilians.

Houthi drone strikes against Saudi oil facilities are closely linked with the movement’s outreach efforts in Yemen, as they appeal to the popular narrative that Saudi Arabia and its allies seized oil resources from the Yemeni people. Although this narrative has been a consistent feature of Yemeni nationalist discourse since oil was discovered in North Yemen in 1984, references by Houthi officials to Saudi expropriations of Yemen’s oil reserves have become more frequent in recent months.

Highlighting the capacity of the Houthis to resist Saudi bombardments

Houthi strikes on Saudi oil facilities also reveal how effective retaliation against perceived Saudi cease-fire violations is vital for the preservation of elite cohesion. The risks of ineffectively retaliating against Saudi bombardments for elite cohesion were revealed by the aftermath of Houthi information minister Abdul-Salam Ali Gaber’s defection to Riyadh in November 2018. Gaber’s defection created considerable angst within the Houthi movement, as he was the most senior Houthi official to switch sides, and his statement that the Houthis were “drawing their last breath” revealed the adverse effect of military setbacks in Hodeida on Houthi elite cohesion.

Gaber’s departure from the Houthi establishment was followed by the defection of the Houthi minister for technical education and vocational training, Mohsen Ali al-Nakib, three days later. As a result, Houthi officials were keen to counter the narrative that their participation in the United Nations-brokered Stockholm peace talks in December was necessitated by military reverses. In a Dec. 25 interview with Al Jazeera, Houthi leader Mohammed al-Houthi rejected the notion that Houthi military capabilities were declining, stating that the Houthis would have pushed for a nationwide peace settlement instead of confining their negotiations to Hodeida if they felt their position was weakening.

Countering the image of the Houthis as an extremist organization

As Saudi policymakers frequently describe the Houthis as a terrorist group, the Houthis are seeking to counter that narrative by launching drone strikes against economic and military targets in Saudi Arabia, instead of civilian areas. As Saudi oil reserves finance Riyadh’s military intervention in Yemen, the Houthis have argued that their strikes on Saudi oil facilities fit within the confines of legitimate self-defense, in contrast to the Saudi-led coalition’s indiscriminate bombardment of civilians.

My interviews with prominent Yemeni analysts reveal that the Houthis’ reticence to target civilian areas in Saudi Arabia reflects their ambitions to preserve internal cohesion. Yemeni analyst Mareb al-Ward explained that the Houthis could fragment into “ideological factions” that favored indefinite confrontation with Saudi Arabia and “pragmatic factions” that sought to pursue a peace settlement in Yemen. Refraining from targeting Saudi civilians is a way that Mohammed al-Houthi can ensure that less-ideological Houthis do not leave the movement in pursuit of peace. Sanaa-based journalist Nasser Arrabyee stated that an assault on civilians in Saudi Arabia would tarnish the Houthis’ reputation, as Houthi officials have repeatedly distinguished between Saudi civilians and enemy combatants.

Although Houthi drone strikes on Saudi oil facilities cannot be completely separated from the broader escalation of tensions in the Persian Gulf region, it is inaccurate to say that the Houthis are merely acting as Iran’s proxies when conducting these attacks. As the Yemeni civil war rages on, developing internal divisions within the Houthi movement can be looked to as compelling predictors of the group’s future conduct.